FIFA 15: Ultimate Team (Free) is a game that lives and dies by its monetization. Where previous entries in the series had a bevy of modes that soccer video games will have, this latest entry in EA’s soccer series scraps them all for the Ultimate Team mode being the exclusive focus of the game. This is about building squads of players obtained through card packs, earning coins from matches, competing in seasons and tournaments, trying to get rewards and buy more card packs to build deeper and better teams in the quest to form the Ultimate Team. While the core game is better than ever, and the Ultimate Team mode has its perks, the shift to just being about this monetized meta-game hurts FIFA 15. 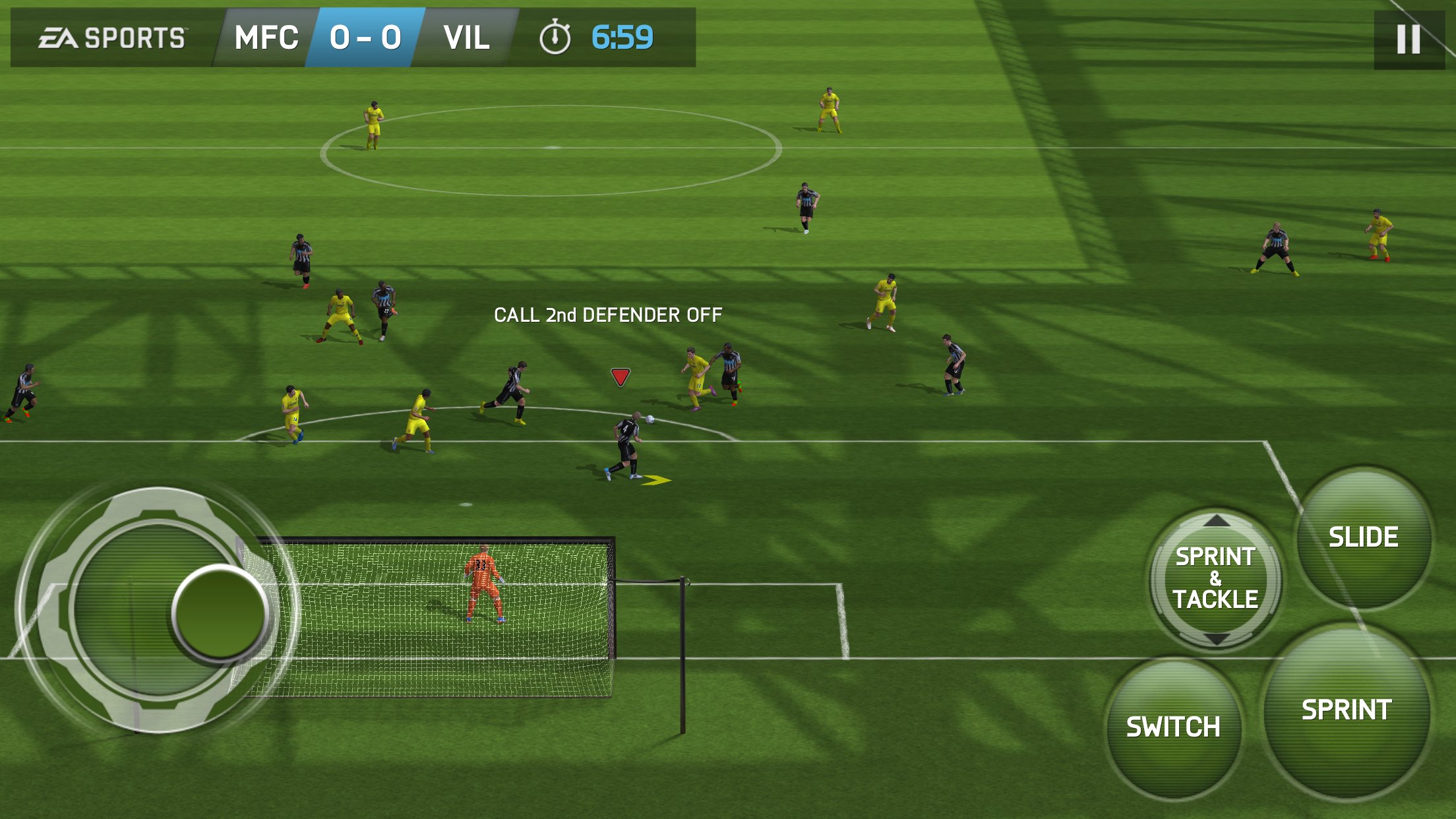 Complaining about Ultimate Team isn’t a complaint about the monetization itself, as much as it is a complaint about the way the structure of the game makes me feel as a player. The game makes it quite possible to play for free, as you can buy every card pack with in-game currency, and there are regular rewards for daily play, and opportunities galore to get free packs. I’m not mad about that. I just don’t like the ever-presence of it. It’s the only thing I can do. It’s impossible to sit back and enjoy a match because players are regulated by contracts, which tick down after each match. When they run out, you either have to sub in another player or use a contract card to replenish their contract count. So the game becomes a race to build a strong team while your current team’s resources are depleting, and you have to balance earning your resources from matches on improvements with maintenance. 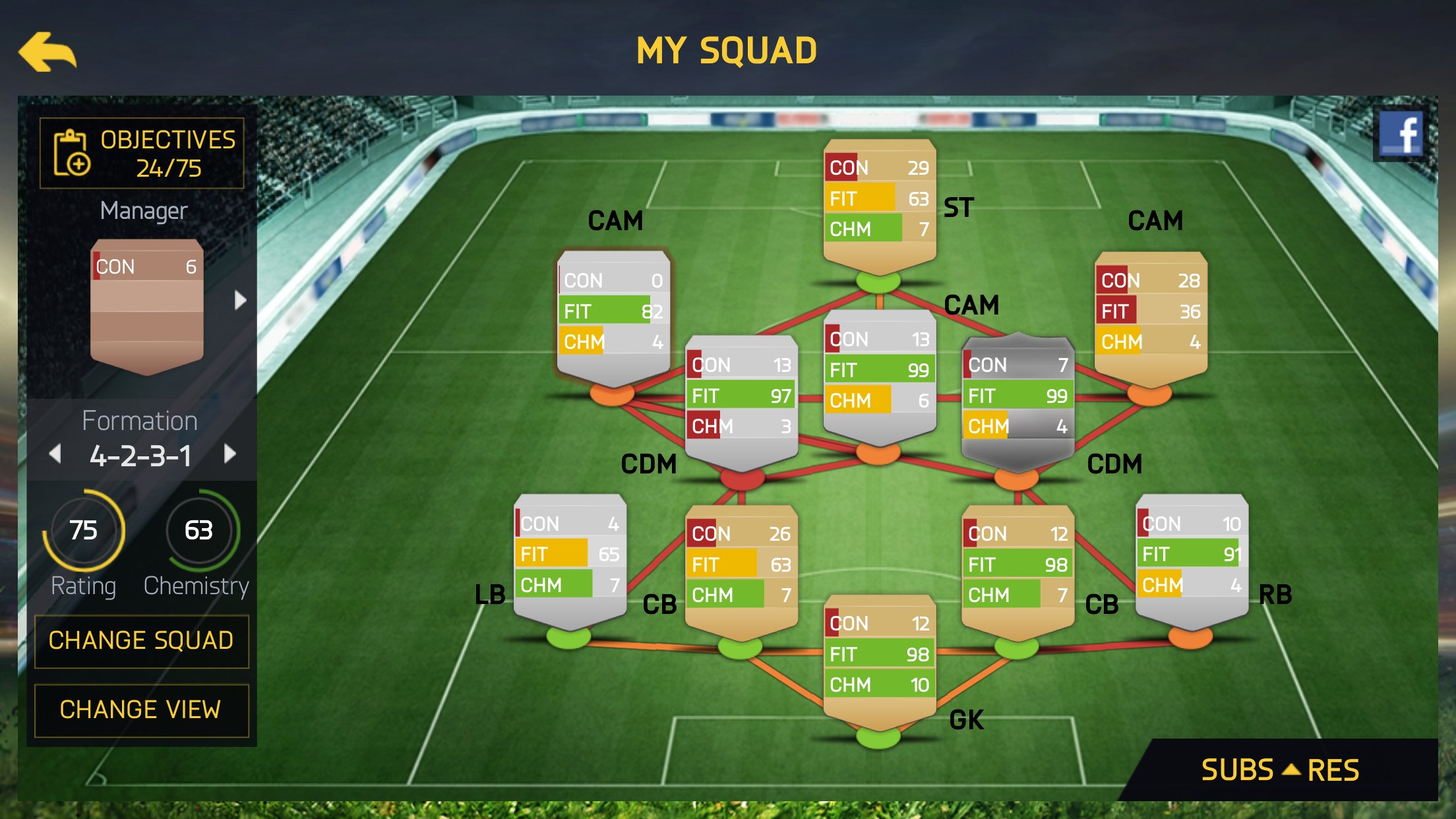 It’s actually understandable why everything but Ultimate Team would be stripped out of the game. It’s not just because not only is there greater potential to make money from Ultimate Team than in selling a $4.99 unlock for the core game modes. It’s that if you take away the option to play anything but Ultimate Team, EA manages to get people who otherwise wouldn’t touch the feature – like myself, for instance – to play the Ultimate Team mode, and potentially spend more than that $4.99 that they would have on unlocking the full game. And when you can sell card packs and the like instead of just one $4.99 IAP for playing matches of my choosing, then, well, I understand why. I don’t like it, though.

Now, sure, I could just play FIFA 14. It’s not available on the App Store any more, but I can re-download it from my Purchased history. I don’t really care all that much about having current rosters, I’m not really a soccer fan at all, I just like watching the World Cup and playing soccer video games. The problem is that FIFA 15 feels significantly better than FIFA 14. The player physics have a pleasing weight to their movements that feels realistic. The controls have been expanded upon, to where you can now do through lobs, and finesse shots are actually done by swiping on the shoot button! Being able to disable the style move button for increased pass flexibility really opens up the game. FIFA 15 feels like a subtle, but significant advance for the series. 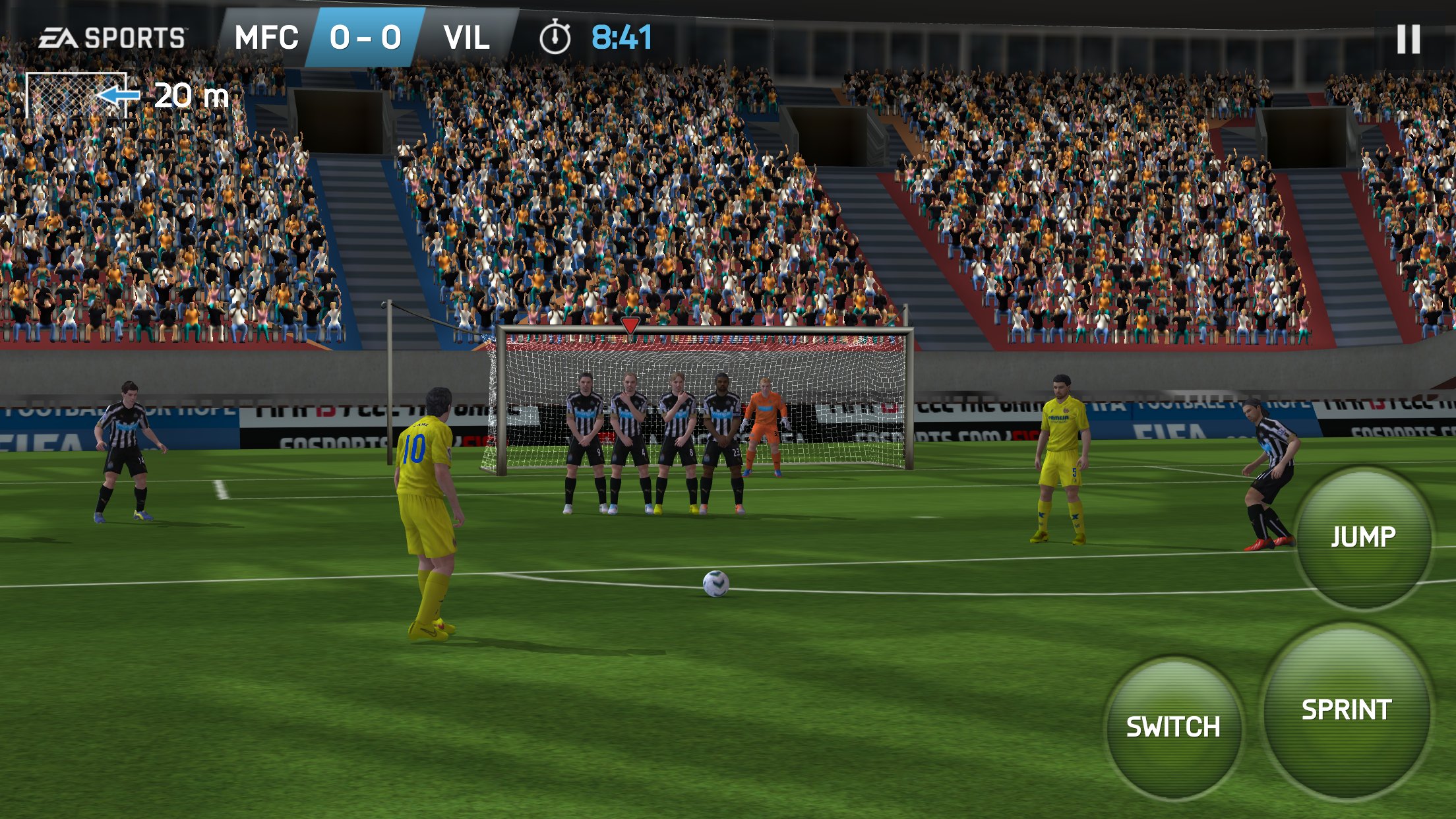 As well, the thing I enjoy about FIFA on iOS is that the touchscreen controls are actually a lot simpler to operate than gamepad controls. There’s a gamepad option here, but given the myriad modifiers to commands, it’s easier to just know which button to tap and in which direction, with visual indicators, to pull off every maneuver you want. I like FIFA better on mobile than I do on consoles because of the accessibility. I just can’t play it without worry.

The thing is that Ultimate Team really isn’t that bad. As I mentioned earlier, the monetization really isn’t that bad as there are ways to get a lot of free currency and card packs. And the mode itself is compelling in its own way. Building and managing different squads, while I don’t really understand things like formations all that well, I understand them more. The transfer market is interesting to play with, as you can profit from it, and it’s hard to just get more money. You can buy more card packs and get cards that way, and then sell those and maybe even profit, but that’s just playing the game, really. You just pay to play more, I suppose. 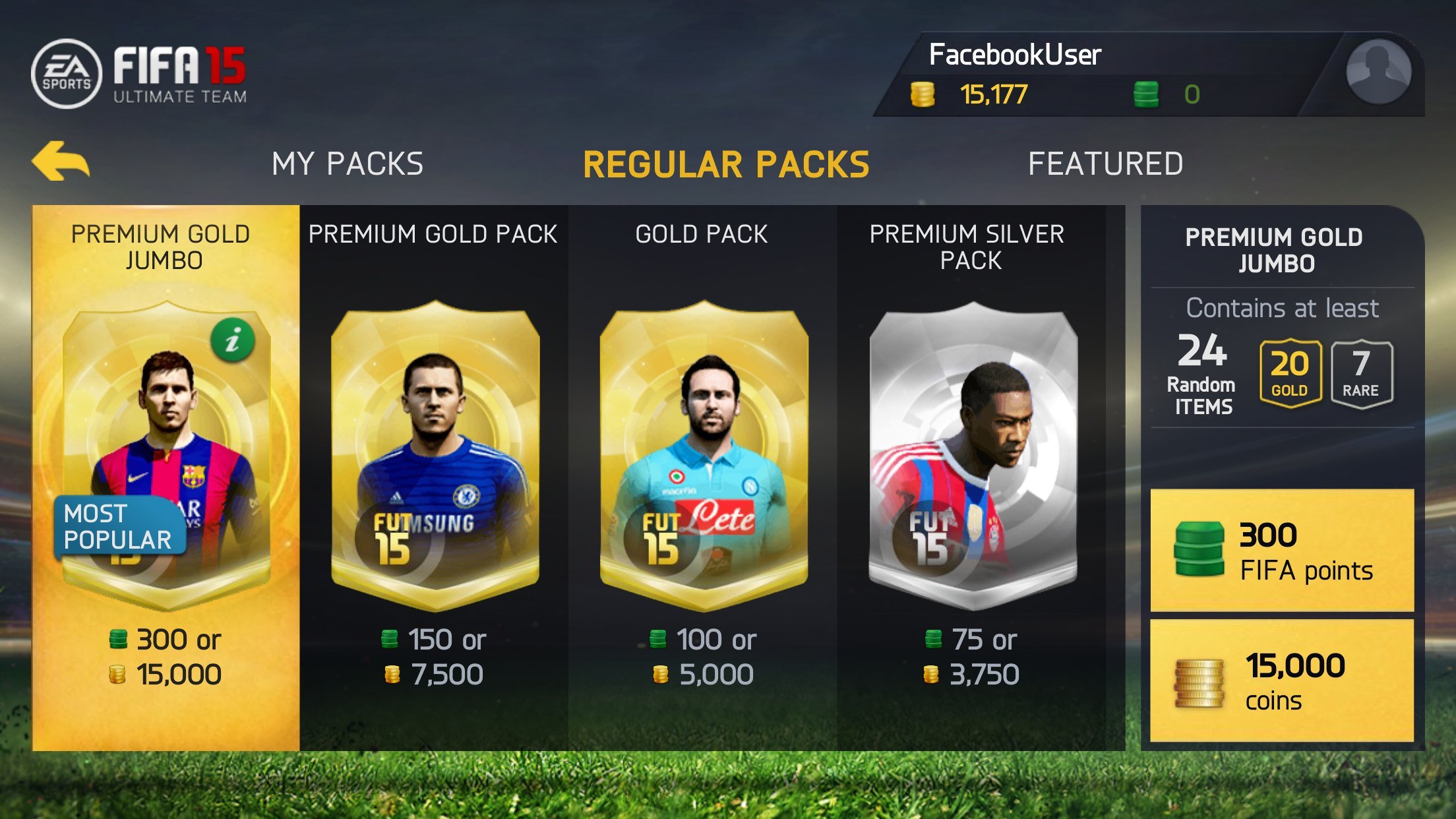 The seasons and tournaments are great fun. Tournaments have that life-and-death aspect with having to win each match in order to advance, with lucrative prizes at the end of each one. Seasons are set up, like, well, seasons, with greater rewards depending on finishing position. Knowing I had to win my final match of the season to get the three points to be promoted and get the top reward, and then doing so? It was exhilarating when I scored the go-ahead goal, and anxiously protected the lead. The online seasons are a cool idea, although full of much better players, and unstable internet connections, so I mostly avoided them, but still a welcome option for those who would enjoy those modes.

The contracts system, then, is the real downer on this game. I would understand if it was more of a pure energy system, and getting replacements for bronze-level players is cheap and easy enough. But it’s the specter that haunts everything you do in this game, that even your lower-tier squads are a ticking time bomb that you must constantly manage. And when you get that Ultimate Team, you can’t really enjoy it for too long. I suppose that’s true of sports in real life, sure. But does the contracts system make the game more fun? I can definitely say that it does not. 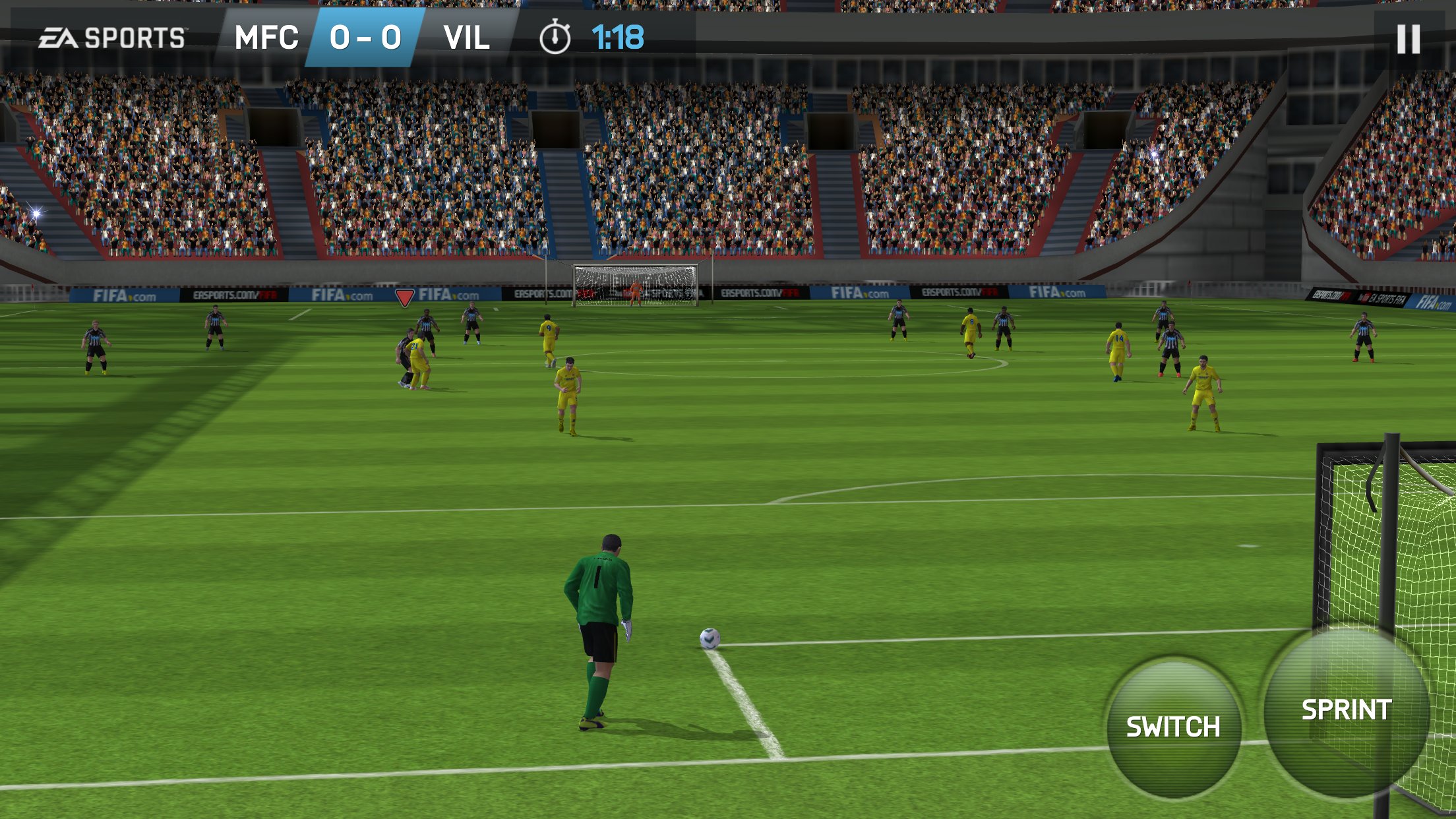 And really, that’s the entirety of FIFA 15: Ultimate Team. When I actually play the game, I find a remarkably enjoyable soccer sim. And the Ultimate Team parts, upon reflection, aren’t that horrible. But would I rather just play a standard soccer game, with seasons and matches, than this? Yes. But what other choice for soccer do I have? I hope that 2016 brings back the modes that were removed from this one. Also, I understand that online connectivity is necessary to this game with the transfer market in particular, but connecting to the servers always caused multiple error dialogues on launch without fail.

If you do dive into the game, check out our guide full of tips and tricks to playing the game for free.