Rusty Moyher released Astro Duel ($4.99) earlier this year, a top-down space shooter built around local multiplayer on an iPad. He then made Astro Party (Free), an iPhone version that was majorly reworked with a simpler control scheme, as well as a new mode, called Pilot Execution. Well, Pilot Execution was notably missing from Astro Duel, and the universe was truly imbalanced. Until now. Astro Duel 1.2 is making its way around the world, and it brings with it the beloved Pilot Execution mode. 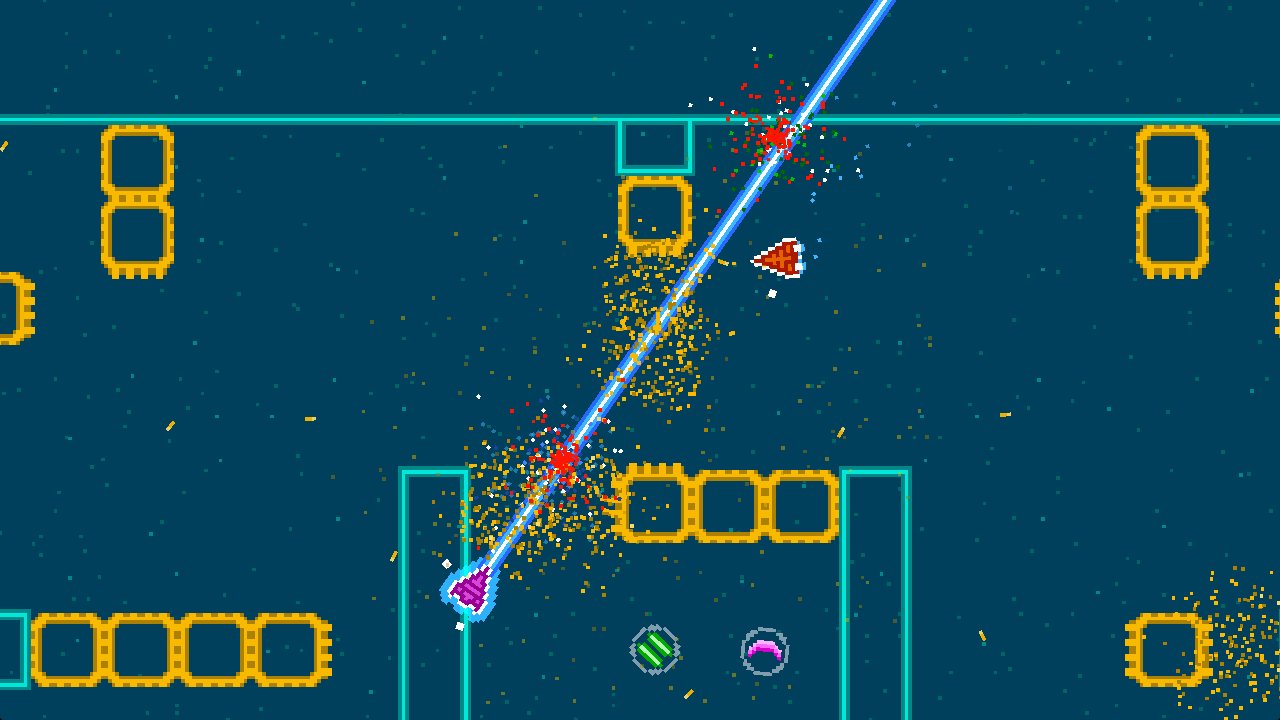 This mode throws a wrinkle into the combat, where a destroyed ship will leave behind a pilot. That pilot has to be killed to get a point. So, it’s possible to steal points by killing the pilot after someone else destroyed their ship. But the pilots also have thrusters and their ships respawn if they survive long enough. It’s a great twist on the proceedings and creates some new fun moments. The update is propagating worldwide right now.