I’ve been reviewing games for more than 15 years now, and one of the things that is still sometimes hard for me to sort out is how much value to place on creativity, or I suppose, how harshly I should criticize a game that lacks it. I don’t think every game needs to reinvent the wheel, but I also think it’s important that some games do strive to do new things. Otherwise, we’d all still be playing Pong and Space Invaders clones and nothing else. That said, a well-made game whose only real fault is playing it safe can still be quite enjoyable. Swords Of Anima ($2.99) is quite well-constructed, surprisingly so given that it’s a rookie effort from a small developer. It’s also a fairly rote take on the turn-based SRPG genre, so if you’re looking for something that shakes up genre conventions, this one’s probably not going to do it for you.

Swords Of Anima tells a convoluted story that moves at lightning pace but actually has a pretty poor flow to it as a result. It’s the usual stuff involving a corrupt empire and honorable soldiers who take arms against it. There’s even a princess who longs to escape the banality of royal life, and turns out to be a pretty amazing warrior, shockingly enough. Basically, you’re following the story of a young warrior with a mysterious past named Dolian and his father figure and mentor Laocorn. While at the start of the game, they are simple, hard-working members of the Empire, their whole world soon gets turned upside down, leading them to join up with a bunch of brave heroes and odd characters. It’s a reasonably lengthy game for its price, with my initial playthrough running just over ten hours. You can easily see how it was meant to be longer, though, with some of the game’s many cutscenes cutting awkwardly from event to event, and battles frequently happening off-screen that would have been pretty exciting to play. The plot isn’t helped by a somewhat rough translation. There’s a lot of dialogue in this game, and while the story it’s trying to convey is interesting to follow, the text itself is really awkward at the best of times. 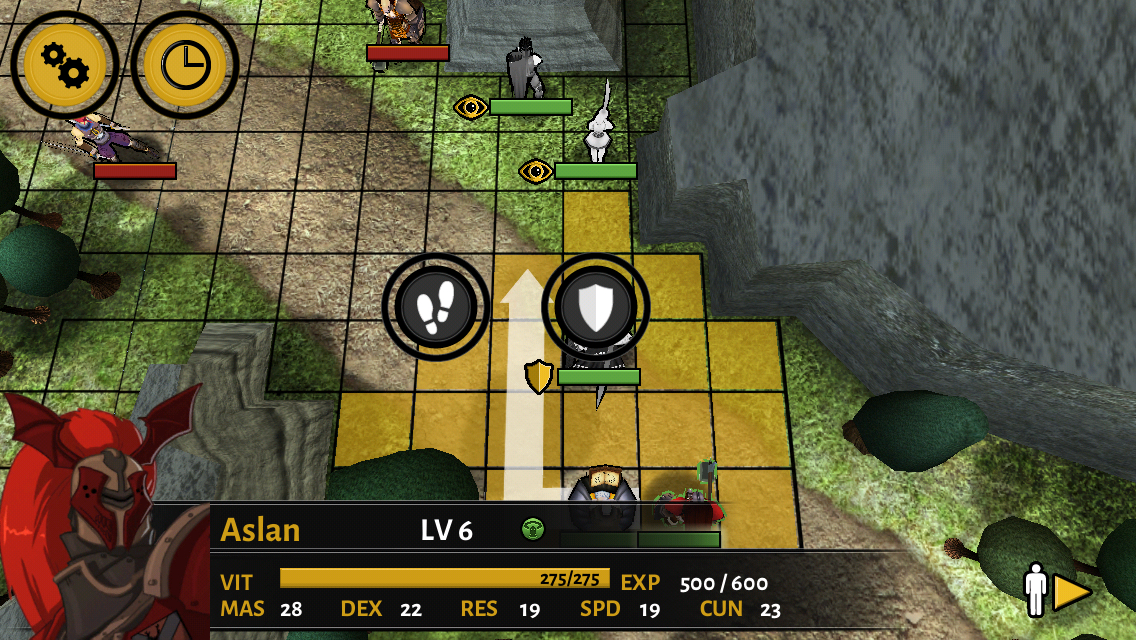 As for the gameplay, if you’ve played a Japanese-style strategy RPG before, you’ll be in familiar waters here. After reading a bit of story, or sometimes a lot, your characters will be flung into a turn-based battle on a field divided up into a grid. Each of your characters takes on one of the game’s eight different job classes, each with different stats and skills. Some characters can attack from a distance, others can heal, while some are just there to absorb damage while the squishy guys in back make with the smashing. Each turn, you can move all of your units once, with the enemy having a chance to do the same after. The victory conditions depend on the map, and there’s always an additional challenge goal to shoot for if you want some extra rewards. Characters earn experience and gain levels through various actions, and each character’s progress carries over from map-to-map. It’s a bit like Fire Emblem or Shining Force, though perhaps not as complex as either.

The variety of objectives does make for a pretty fun game to spend time with, however. While most of the maps basically come down to taking out all of the enemies, the challenges often require creative thinking. An early chapter throws down the challenge of killing a powerful boss before opening the gates to a castle you’re storming, and the best way to do that is to lure him out of the castle using some attractive bait. Even missions with an escort goal come off pretty well, avoiding a terrible pitfall that many other strategy games succumb to. It’s pretty clear what the designer was thinking with each map’s layout, with lots of support for indirect attack strategies using side routes. It’s fun to take advantage of these, but one side effect of the map designs being easy to read is that the game isn’t very difficult. This is especially so if you’re just looking to beat each level rather than take up every optional challenge goal. 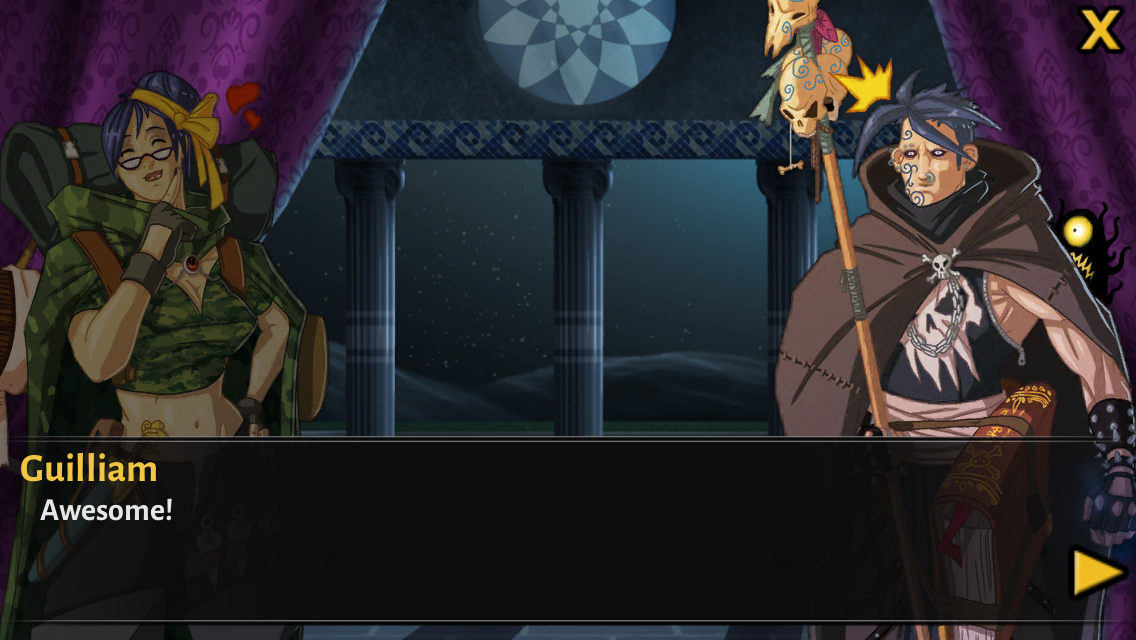 That said, it offers just enough resistance that it’s never dull, and it’s certainly possible to lose if you don’t put at least a little thought into your battle plan. The main key to success in Swords Of Anima is in making sure you’re using the right job for the right situation. Each individual character doesn’t have all that many options open to them, but they all have their role, and you’ll need to make sure they’re playing it if you want to win. The margin for error is pretty wide, though. You can save anytime you like, and characters who are defeated in battle will always be ready to go for the next one. Given that the SRPG genre is regularly home to some maddeningly hard entries, Swords Of Anima‘s beginner-friendly nature certainly lends it some appeal. If you’re the sort that chews up games like Tactics Maiden (Free) and spits them out, however, you probably aren’t going to get a lot out of this one.

You also don’t get much in the way of character customization options. Between stages, you can upgrade each character’s equipment using forge points. This allows you to improve a character’s attack power, accuracy, defense, and evasion. You’ll earn a few forge points with each victory, but if you really want to rack them up, you’ll need to complete the optional challenges. Even then, you won’t have enough points to spread around among the game’s huge cast, so you have to pick your favorites early on and stick with them. Luckily, you can just bank your points while you try everyone out and see who you prefer to use. You can get by just fine without allocating them in the early stages. That’s about as much input as you have into each individual character’s growth, as the game focuses more on party building than character building. 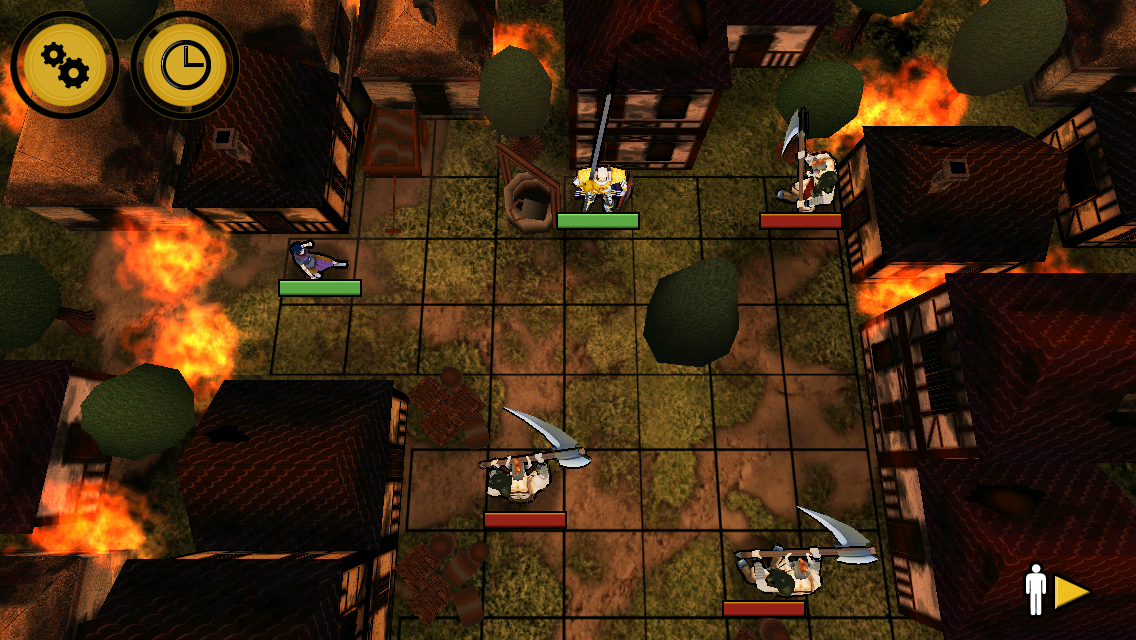 As your roster grows, you have to think a lot more about exactly who you’re going to take with you to each fight. You’ll never be able to bring enough characters to have one of each job with you, so you’re always going to have some kind of weakness in your lineup. Part of the strategy of the game comes from choosing a complementary group. Keep in mind that in most missions, at least two of your characters slots will be taken up by mandatory selections, typically Dolian and one other character. These are usually melee attackers, so you’ll probably want to bring some support and ranged attackers to back them up. The unfortunate consequence of this is that you’re going to end up with a lot of cool melee attackers that never leave the bench as their roles in the battle are usually occupied by default. This is a typical downside to having a big cast of playable characters, though, and one that genre giants like Fire Emblem have long struggled with. I think it’s a worthwhile trade-off, but it would have helped if at least one of the regular required characters was a mage or something.

That’s almost my whole list of complaints covered, so let’s change gears and talk about what I liked in Swords Of Anima. Overall, while I found the plot to be trope-heavy and suffering from strange pacing, it’s nevertheless an enjoyable tale. The characters were quite memorable, and the character art does a good job of giving them a bit of extra personality. The battle graphics are excellent for a game of this scope, fully polygonal and using unique models for each playable character and boss. The animations are a bit stiff, and I don’t care for how slowly everyone moves, but overall, it’s a more attractive game than I’m used to seeing from indies in this genre. I love the scenario designs in general, even though they aren’t very difficult. There’s a nice variety in objectives that is often missing from similar games, and the map designs accommodate multiple paths to success. While I wish it was a little bit longer to help its story spread out a bit better, I’m mostly satisfied with the length of the game, too. 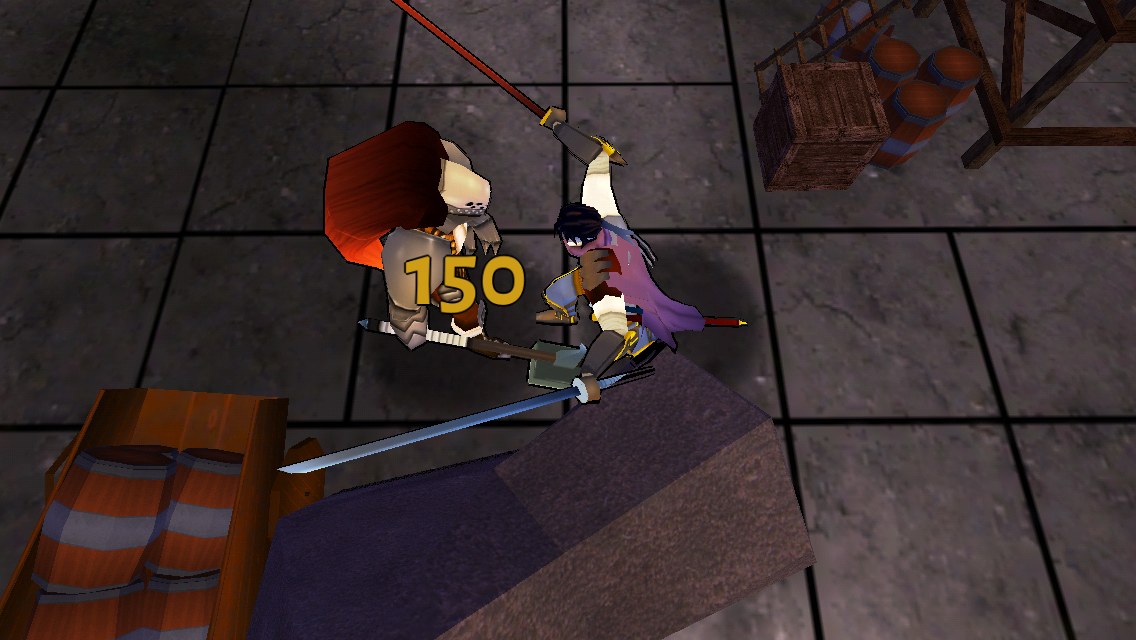 The biggest complaints I can levy against Swords Of Anima are that it’s a bit on the easy side, characters move too slowly in battles, and it’s not doing anything overly special or unique with its gameplay. The translation could use a bit of a clean-up from a native English speaker, too, I suppose. If none of those things sound like a dealbreaker to you, then I can solidly recommend Swords Of Anima to you. It’s a great choice if you’re looking for a quality SRPG that you can play without thinking too hard about every action, with a story decent enough to back up that kind of experience. It’s not going to dislodge Final Fantasy Tactics ($13.99) in that regard anytime soon, but for a few dollars, it’s a pretty worthwhile quest.