It’s been nearly ten years since Oddworld: Stranger’s Wrath ($2.99) released on the original Xbox near the end of that console’s life cycle, and this week a portable version for iOS became available. It’s kind of strange that so many of iOS’s best games are ports of old console or PC games, but at the same time it makes me happy to see classics released to an entirely new generation who may have missed out on them the first time around. Such is the case with myself and Stranger’s Wrath. I did not play the game when it originally came out ten years ago, and had it not arrived on iOS it might be a game I never ended up playing. But now that I’ve finally experienced it I can see that I’ve been missing one of the most original and fun games around. 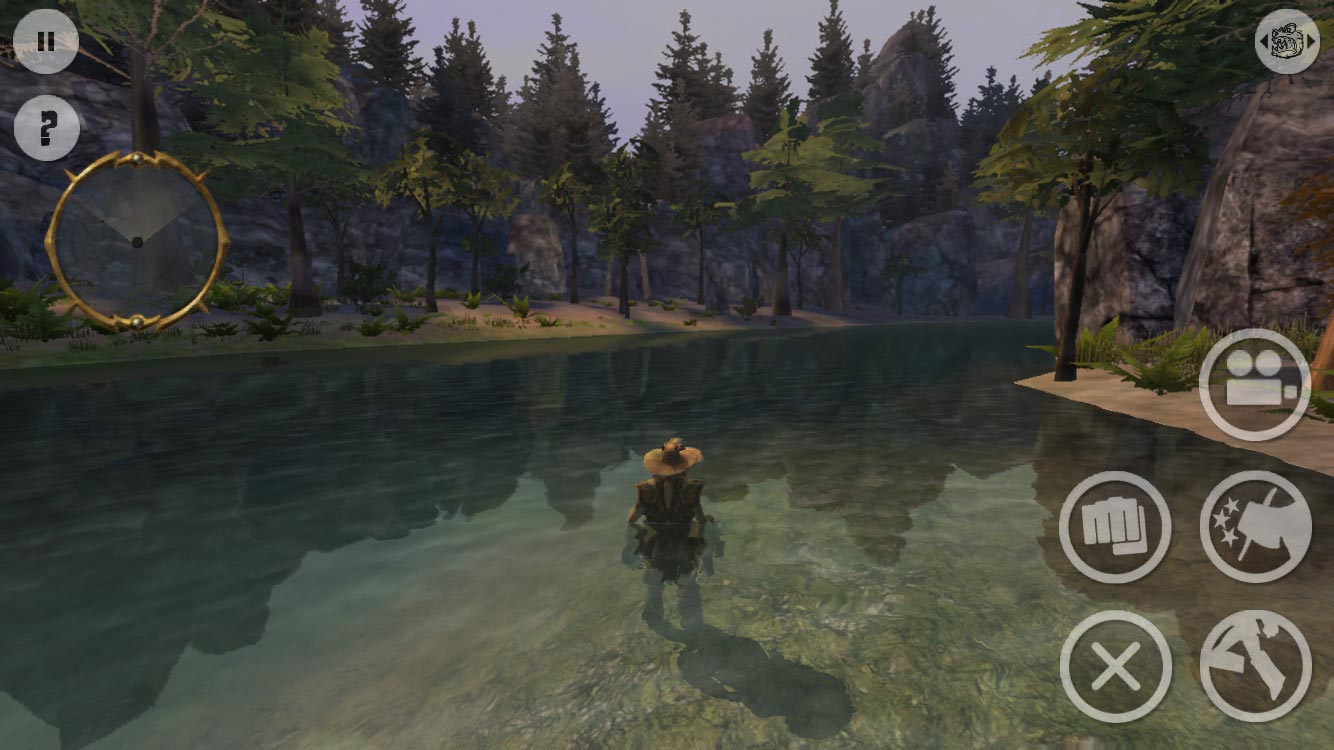 Oddworld: Stranger’s Wrath is a hybrid of third-person action game and first-person shooter. The first thing that popped into my mind was “How can this possibly control well with a touchscreen?" Well the answer is: far better than I expected. There are quite a few virtual buttons to worry about, but it’s not overwhelming. If you felt you could play the iOS versions of Grand Theft Auto reasonably well, you should get along just fine in Stranger’s Wrath and in fact I think it’s an even better experience. The game also has the option of using gyroscope controls for certain actions like aiming and reloading, alleviating some of the headache. It all works really, really well. If virtual buttons aren’t your thing, however, Stranger’s Wrath also supports MFi controllers.

Another thing that makes this game work so well on touchscreen is the nature of its gameplay. It can be played like a run-and-gun shooter if you wish, but you can also play stealthily. There is a ton of insanely creative weapons which allow you to strategize and set traps to deal with enemies, meaning you don’t get that problem of fumbling around with virtual buttons under pressure during combat encounters. I felt similarly about Deus Ex: The Fall, and it’s a big reason I felt that game worked so well on touchscreen.

If you’re like me and missed out on Oddworld: Stranger’s Wrath back in 2005, you should really check out the newly-released iOS version. I’ve only spent a couple of hours with it so far, but it’s a genuinely interesting, fun and unique game that will hopefully find a whole new set of fans on the iOS platform. The art style, the humorous dialogue, the interesting story, the crazy weaponry… this is far from your typical action game or shooter. For more information or discussion of the game, head on over to the forums where lots of other folks are having a similar love affair with the iOS port of Oddworld: Stranger’s Wrath.