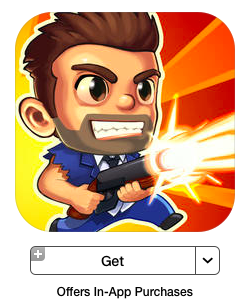 This morning a lot of people on Twitter are pointing out that Apple has changed the label of buttons on the App Store. Previously, when you went to download a free game, the button you hit to do it said “Free". Makes sense, since it’s where the price goes for other paid apps.

As of this morning, it’s been changed to read “Get" instead of “Free". It’s unclear at this time whether or not this is just a simple change that someone at Apple decided to push through, or if it’s part of a bigger thing Apple is doing to revise how free to play on the App Store works. At this point, almost everyone has either had or heard of a game that totally ran wild with IAP. These often result in those news stories that pop up every now and again on how someone’s kid ran up hundreds of dollars of charges in Clash of Clans or something similar.

One could argue that calling these games “Free" is pretty misleading, since they’re typically designed with monetization as a huge part of the actual game. Will re-labeling these buttons specifically do anything? Probably not, but, over time it might help overall consumer perception that “Free" didn’t necessarily mean it was actually free by any stretch of the imagination.