Auto-running solves a lot of problems for mobile games where virtual d-pads are suboptimal. While generally this is used for endless runners, platformers that use auto-running are an interesting breed to me. Meet 1-Bit Hero ($1.99). It’s an auto-running platformer that’s just a nice little game. It’s challenging, but has levels that are short enough that they don’t get too frustrating, which strikes a fantastic balance. And it uses auto-running in a good way, that makes it worth playing. 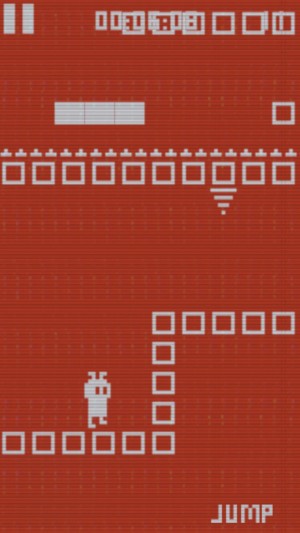 The game is standard platformer operating procedure: get from the beginning to the end of the level in one piece, avoiding enemies, spikes, and the like. The eponymous hero can’t stop running, switching directions when hitting a wall, but there’s also a switch directions button, along with jumping. Direction-switching becomes crucial to avoid hazards, and it becomes a skill to rapidly change directions on, say, moving platforms, to stay on them. As well, there are cannons that shoot downward from the ceiling when the player gets in proximity of them (from any height), so navigating around the hazards with direction-switching is crucial. It does a lot with a basic premise, and honestly, I think it’d be just as fun if it wasn’t an auto-running platformer. It’s just another dimension added to this game that works well because of the restrictions of the platform that it’s on.

The game just has the two actions to switch and jump. It’s a game that can be played one-handed on iPhone if you have stretchy-enough thumbs, even on the 6 Plus. Still, I would appreciate a landscape mode for this game if possible. The controls do respond quickly, which is great for when jumping near an edge and needing to immediately switch directions. It’s possible there’s some sort of prediction in play, but whether by hook or by crook, it’s nice to never have to blame the controls for failing. Game Center appears to be malfunctioning in the launch version, so there’s no leaderboards or achievements out of the gate. There is Everyplay support for video sharing, and the videos are short enough that they work well for people watching, I believe. 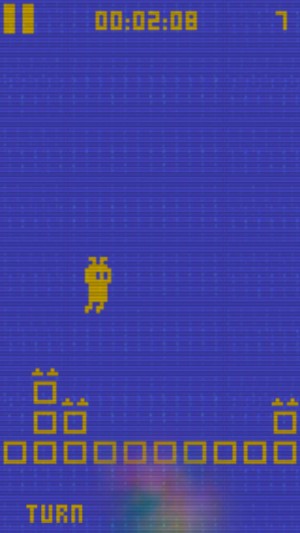 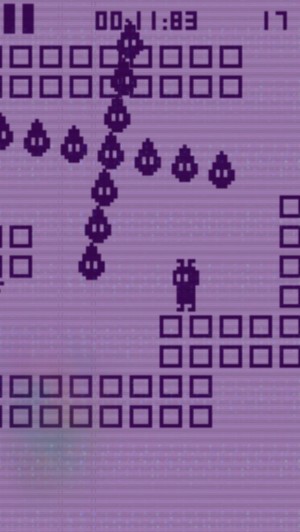 1-Bit Hero does have an odd visual trick where there’s lightning-type flashes in the background that invert the colors of the screen occasionally. It’s a bit of an unnerving effect that feels unnecessary. As well, especially on the black-and-white levels, it feels like it could be a threat to induce seizures. An option to turn this effect off would be welcome. Otherwise, the visuals, while extremely basic, do a good job at evoking a certain style rather than feeling lazy, particularly because there are visual flourishes to go with the pixel art.

The game comes in both a $0.99 version, and a free, ad-supported version that also has a $0.99 ad-disabler IAP. Seems like a simple enough choice to me to go for the free version, that’s what I did before buying the $0.99 ad-disabler after a few levels. The ads aren’t particularly annoying, but I was happy enough to pay and see them removed.

I do really dig what this game does, though, with its mobile-friendly gameplay and great balance of challenge and playability. At least give the ad-supported version a shot.