This falls squarely in the “Huh, that’s neat" category of iOS gaming, and I thought it was worth mentioning. Overglide ($0.99), released today, is a tiny game that you play in the “Today" section of your Notification Center on iOS 8. It takes advantage of iOS 8’s new capability of having “live" widgets that can be added to Notification Center, giving you up-to-date looks at weather, sports scores, and even allowing you to make calculations. To my knowledge, Overglide is the first to actually let you play a game right from the lock screen. The game itself is a simple cave flyer where you control a paper airplane and dodge obstacles for as long as possible.

Overglide works as advertised and is actually a pretty interesting little diversion, should you be dying to play a game without actually having to run an app. It even features Game Center leaderboards and the ability to share your score through Facebook or Twitter. Currently, I’m the top player in the entire world with my high score of 326 (Full disclosure: there are only two people in the world on the leaderboards at this time). 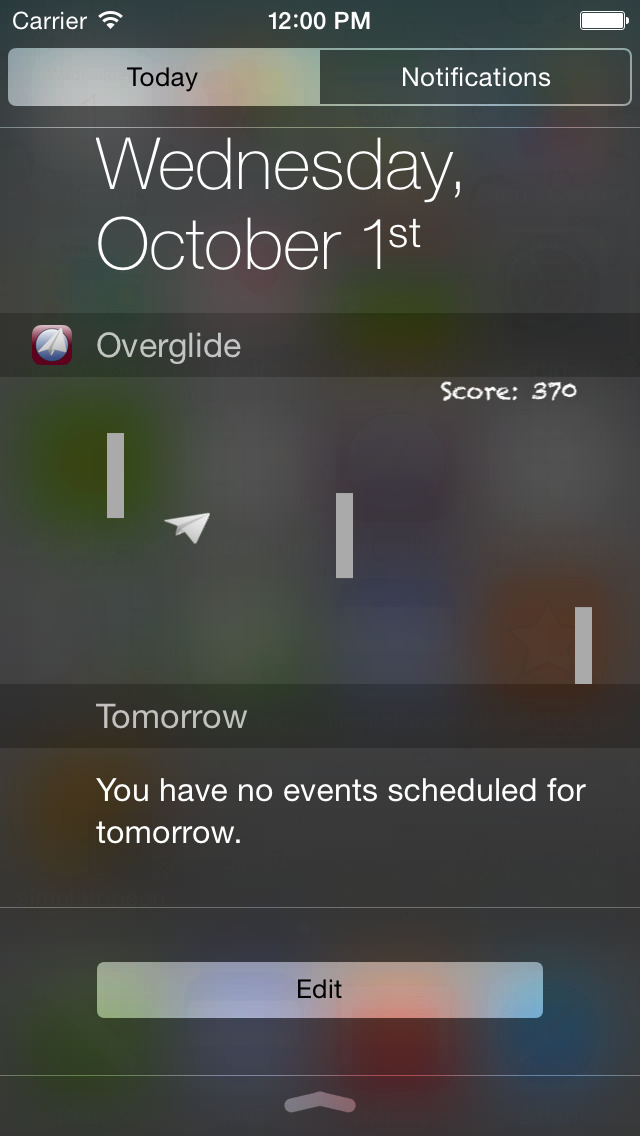 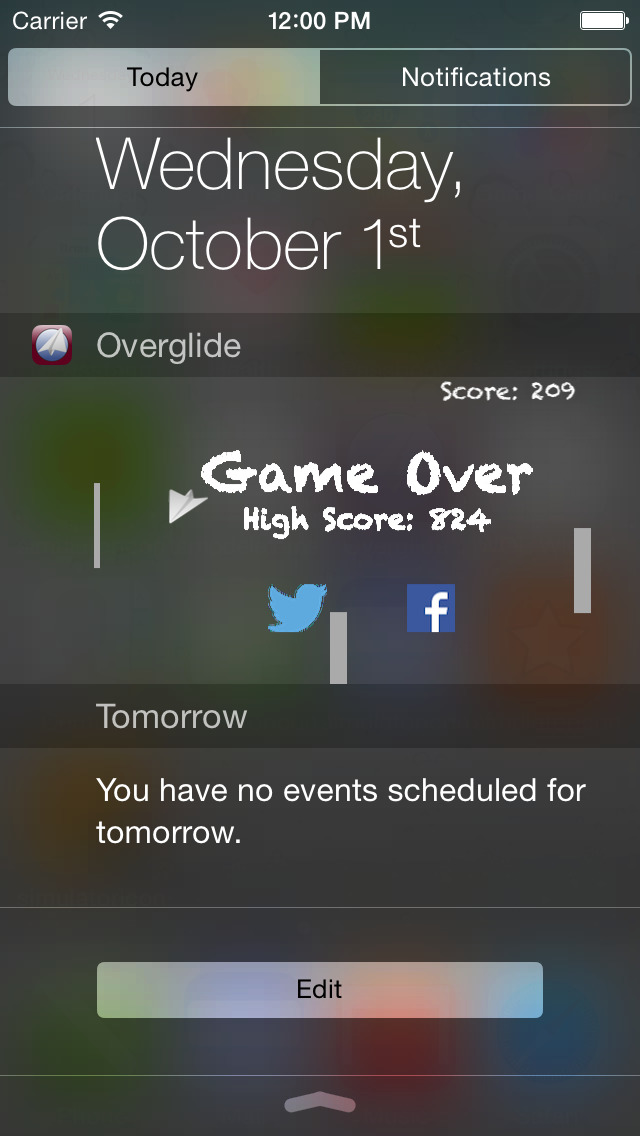 I guess the question is, are people clamoring for a way to play a game on their lock screen? I’m not sure, but Overglide is still pretty neat for a buck, and the fact that you can have that sort of functionality working from the lock screen opens up all sorts of potential. I could see using a lock screen widget to micro manage smaller functions within a larger game, like say managing a party of heroes in an RPG so that when you do go back to the full game you’re ready to rock. Or say playing the gambling games in Tiny Tower from the lock screen when you don’t feel like firing up the full game but still want to kill some time and earn some coins.

I’m sure people far more imaginitive than me could think up even better examples, and it’ll be interesting to see if games will utilize the lock screen widgets for gaming purposes down the line. For now though, Overglide is a full game that’s playable in your lock screen. It’s not the greatest game in the world, it’s not even the best cave flyer out there, but it works as advertised and is cool little novelty for a buck if the idea of lock screen gaming interests you.