One of the things I love about our upcoming games forum is when a developer posts an early look at a game they’re making and then sticks with the thread throughout the game’s development cycle. Often this provides some really interesting insight into how an iOS game changes from its early concept stages to its final release. The down side of all this is it’s real easy to get excited about a game only to have it just fall off the map entirely. 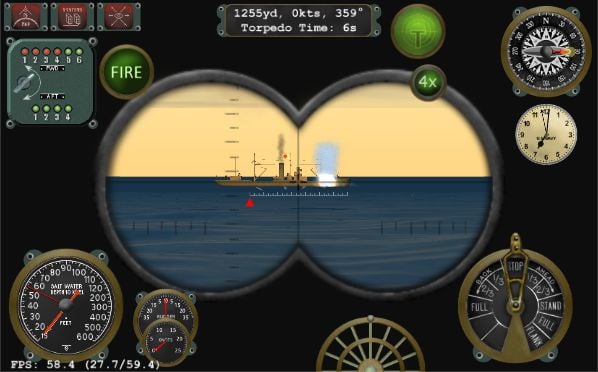 The thread for Silent Depth was posted over a year ago and was home to some pretty frequent updates before going totally dark for most of 2014… Which typically isn’t a great sign. Well, the developer showed up again yesterday with a host of new screenshots and some even better news: The game will likely be released by the end of the year.

Submarines have always fascinated me, and it seems most submarine games that get released focus on providing a more arcade-y vibe which has never seemed to fit how stealthy and calculated submarine missions are in real life. I’m curious to see how Silent Depth bridges the gap between realism and still being fun… As some concessions need to be made since there isn’t much gameplay in going full realism unless just being submerged for six months at a time with not much happening is your bag.