Card Dungeon ($2.99) was given the full Shaun Musgrave treatment shortly after release, and it proved to be a game that had some positives, but also some issues along with it. Well, developer Playtap Games has just released an update that they hope will improve the experience for players. One of the big fixes is that the rooms are now smaller, providing for faster play as enemies aren’t so spread out. This was one of the complaints in our review, so this might go a long way towards making it more fun. 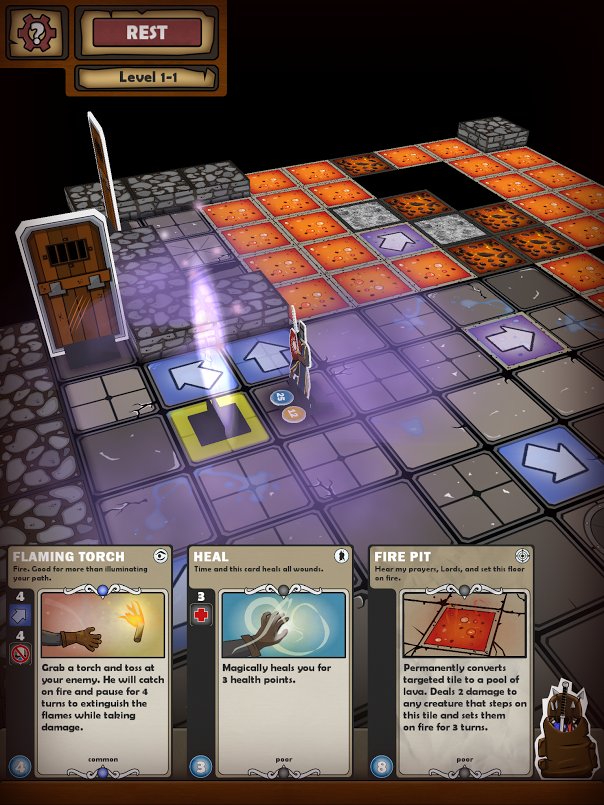 As well, when out of range of monsters, there’s now a quick move feature that makes it easier to collect items and explore the map when no threats are nearby. The game is now saved after each turn, which makes it better for pick up and play gameplay. To add some additional tension, dungeons now start to disintegrate after the level’s boss is vanquished, making item collection once a level is complete a possible risk! As well, there’s been a variety of tweaks made to card abilities, monster behavior, and boss difficulty. Plus, Playtap promises that many of the bugs and crashes seen in the initial release have been sorted out. The update’s out now if you’re looking for an improved version of this card-battling roguelike.