Following our post yesterday about Blizzard sending me mysterious stuff, it has turned out they’re sending similar packages to basically anyone who covers Hearthstone (Free) on any level. IntoMobile’s
Simon Sage mentioned in the comments yesterday that he received an Alarm-o-Bot, and other folks across the internet have wound up with schematics for Harvest Golemns, Rapair Bots, and Poultryizers. With the Hearthosphere (That’s a thing now.) ablaze in speculation, some questionable cards have “leaked."

I say “leaked" in quotation marks because making fake Hearthstone cards is laughably easy for anyone good with Photoshop or similar applications. Hell, there’s even a online card generator. The Hearthstone scene is usually pretty good at spotting fakes, but a week away from Blizzcon and I’m not sure anyone even cares anymore- We all just want to be excited for the inevitable Hearthstone expansion announcement. 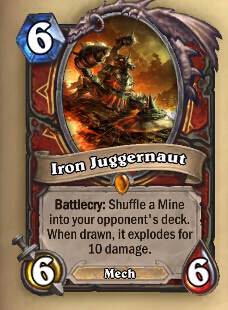 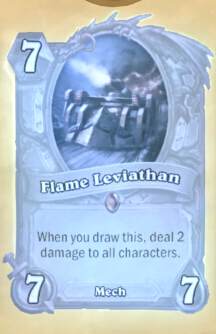 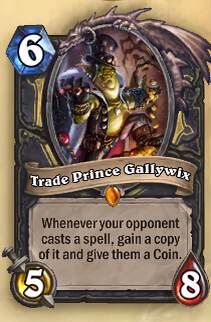 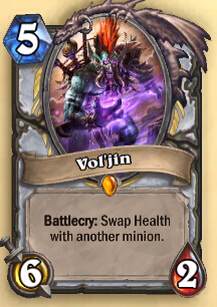 What has me thinking these cards might be real is that they don’t seem totally broken. It seems like when cards have been “leaked" in the past they’re under-costed, too powerful, and game breaking. On the side of the “these are totally fake" argument is the fact that capitalization is off on Flame Leviathan. But, the art on the cards seems to be new, so if they’re fake they’re pretty high-effort fakes.

Oh, and consider this your final reminder to rank up to 20 today in ranked play if you want the awesome Halloween card back.