If you loved Final Fantasy Tactics ($13.99) but thought it would be better if all of the characters were anime girls, then Japanese indie SRPG Rime Berta ($3.99) may have caught your eye. It’s a clear tip of the hat to games like the aforementioned, and in a lot of ways does a very competent job of aping its overall presentation and many of its systems. It’s a bit lean on content, which is perhaps understandable given the size of the developer, but its biggest failings are in the fundamentals. It’s a serious problem when there are quite a few excellent strategy RPGs on the App Store that, even if nothing else, manage to nail those aspects. In the end, Rime Berta is all dressed up with no place to go.

You follow the story of a young girl named Livia, who hails from a village afflicted with a terrible disease. Near the village, a great tower stretches into the sky, and it’s said that at the top, there’s a treasure that can grant wishes to whoever can claim it. Livia decides to sneak into the tower to try to save her village, and she almost immediately bumps into one of its inhabitants, a puppet girl who says she’ll help Livia battle her way to the top. The story in this game is spread very thin, and it’s likely the text of this review is more substantial than the game’s script. The tower is broken up into floors consisting of a set number of stages, and you’ll only get a story sequence at the end of each floor. The story never really goes anywhere as a result, and with a few hours between each meager snippet, you’ll probably not be able to muster any care. 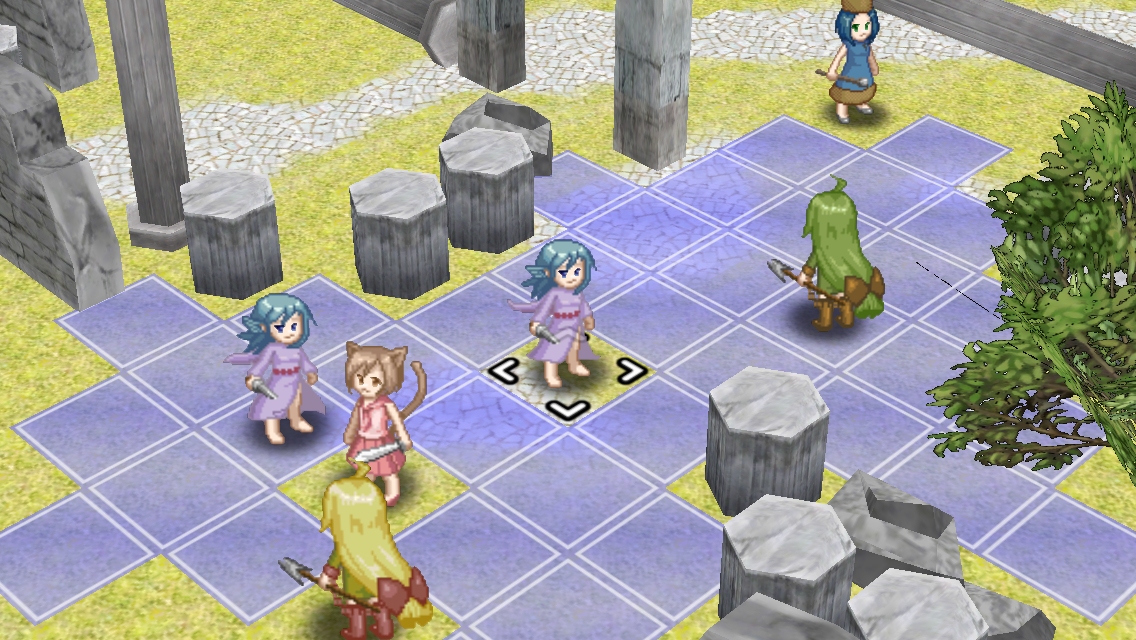 The game more or less throws you into the first battle without any sort of tutorial, so if you don’t know your way around this type of game, you’ll want to dig into the menus to find out how to play. If you do know your way around, you’ll catch on fast, but the interface is a bit clumsy. It feels like it was designed for a controller, not a touchscreen. For example, you might think you could touch and drag to move the camera around the battlefield, but doing that only changes the angle and direction of the camera. You actually have to tap squares near the edge of the screen, one at a time, to look around the area. This is particularly annoying when you’re trying to target a square for movement or spell-casting. I never really got used to this quirk, so it ended up irritating me for the entire game.

In each stage, you’ll field your team of up to five dolls against a larger group of enemy dolls. Each side takes turns moving all of their characters, and if you’ve played an SRPG before, you’ll be at home here. Like the Tactics games from Square Enix, you play from an isometric viewpoint that can be cinematic but also kind of troublesome when you’re trying to select a mostly-obscured square. The maps have varying heights within them, which is where most of the strategy of Rime Berta comes in. Other than the odd rock or tree, the only thing that limits your movement is the height of the terrain, and high ground is naturally best, particularly for ranged attackers. At any rate, the objective is always the same: Wipe out all of the enemies before they do the same to you. Win or lose, your characters will gain some experience and perhaps even some new skills, and if you manage to pull off the victory, one of the enemies might offer to join you and you’ll move on to the next stage. 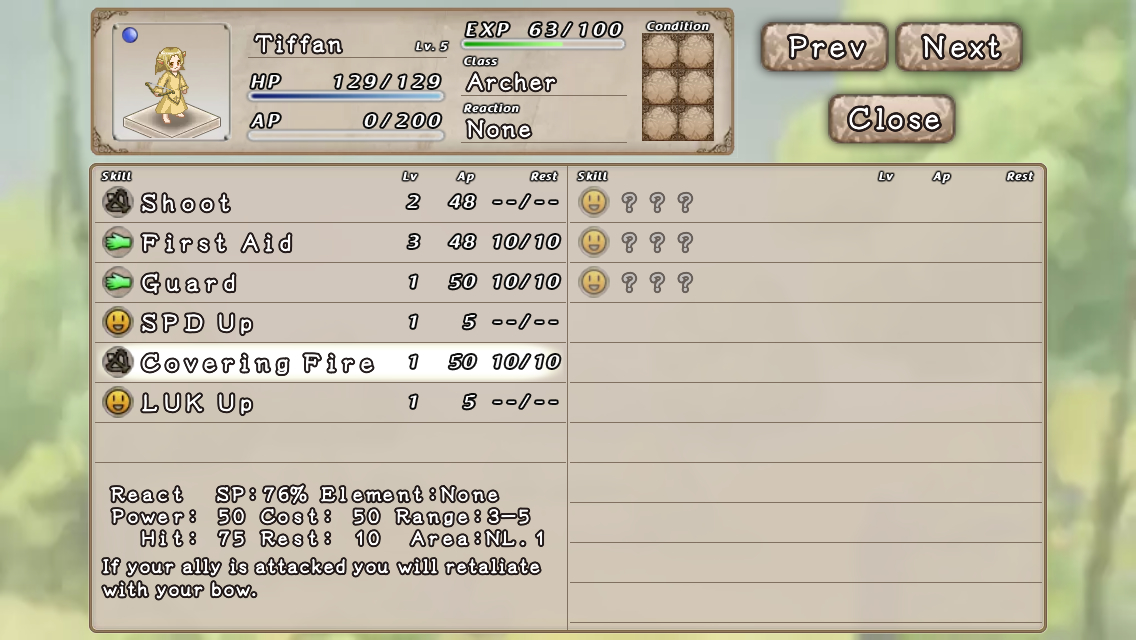 The characters come in a variety of job classes, though it can be a little difficult to figure out which archetype they’re supposed to represent as they’re all represented as things like catgirls and fairies here. You can advance characters to new jobs if you meet certain conditions for each. The key is found in the game’s skill system, where each class can learn certain skills and level each skill up individually by using them. Each character can only equip a set number of skills at any given time, so you’ll need to make some careful choices about what you need in your small party. I enjoy systems like this, since it allows a great deal of customization from player to player. The problem comes in the job system, and how it’s connected to the skill system. Opening new jobs requires you to reach a certain combination of levels on specific skills. You have to go in and check what the conditions are, but until you have the skills, you can’t see which ones are needed or what the resulting job will be.

The spread of skills is impressive, covering all kinds of situations. As in Tactics, you can set certain skills that will automatically activate in certain situations, but you have more control over them here. Each turn, every character has a set amount of action points, which are consumed by doing pretty much anything. If you have enough left over after completing that character’s move, you can choose one of the reaction skills you’ve set to them. They’ll automatically carry out that move during the enemies turn. This allows you to do things like counter melee attacks, provide covering fire for an ally under attack, or even simply guard. Skills have a cap on how many times they can be used in one battle, encouraging you to vary your tactics rather than rely on one game-breaking skill. There’s a fair amount of depth here considering the relative brevity of the game. 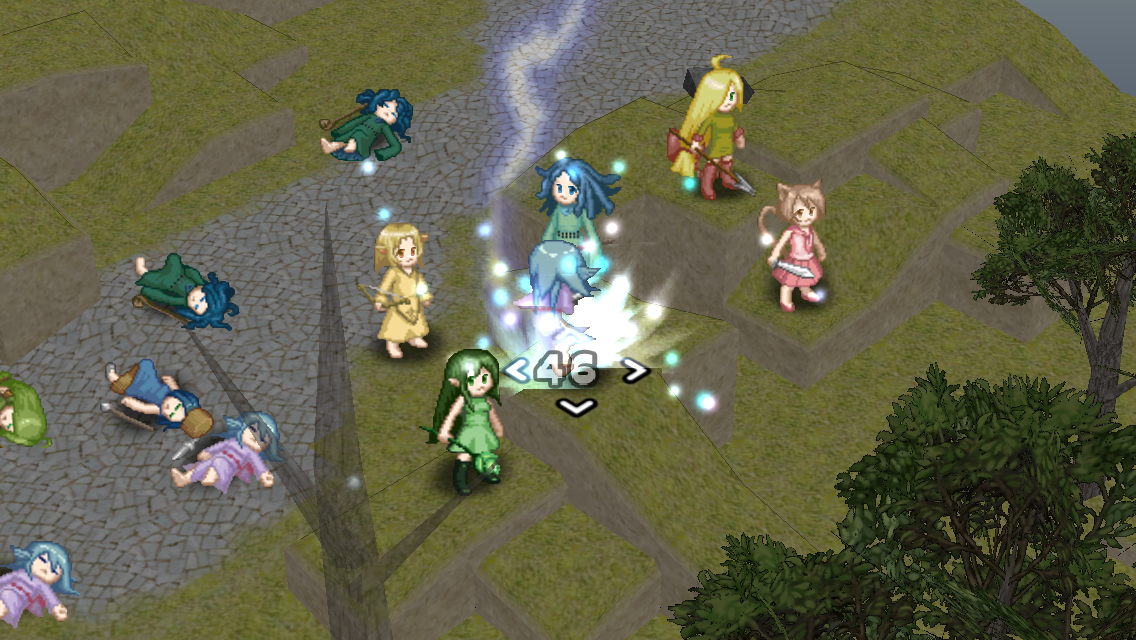 Hilariously, however, this depth ends up exposing the game’s single biggest failing. The computer AI is hopelessly stupid. It’s not as obvious in the beginning, when options are few and the computer will generally just gang up on whichever character you stick out in the open, but even early on, there are signs of the clown show that follows. Even on hard difficulty, the computer rarely follows anything resembling a strategy. If you withdraw an injured character, the computer will simply focus on whichever meat shield you stick out in their place. It rarely coordinates its units’ attacks unless it’s immediately obvious, and it’s prone to leaving units standing back or pacing back and forth on the other side of the battlefield, which is likely behavior put in to prevent it from being too strong. It’s not until advanced jobs and more full skill sets are opened that the computer’s true idiocy begins to shine, however.

Basically, the computer doesn’t seem to want to win. It only wants to hurt you. If that means skewering and killing one of its own units to do minor damage to a character with full HP, so be it. If it means hitting two of its own units with an area attack just to give one of your units a bloody nose, it will. Even when it occasionally stumbles upon a dangerous attack, it may or may not use it again. Give one of its healers so much as a swat in the face and it’ll scurry off to heal itself up, even if that makes no sense at all. I’ve honestly not seen an AI in a strategy game this dense in all of my years playing and reviewing games. Oh, it will sometimes win, particularly when it has an extreme advantage in numbers and a very advantageous starting position on the map, but even then, I guarantee you’ll see at least a few Benny Hill-worthy moments on the way. Once you’ve worked out its initially nonsensical motivations, though, the game becomes laughably easy. The last level is, by comparison, pretty tough, but by then, it’s far too little, much too late. 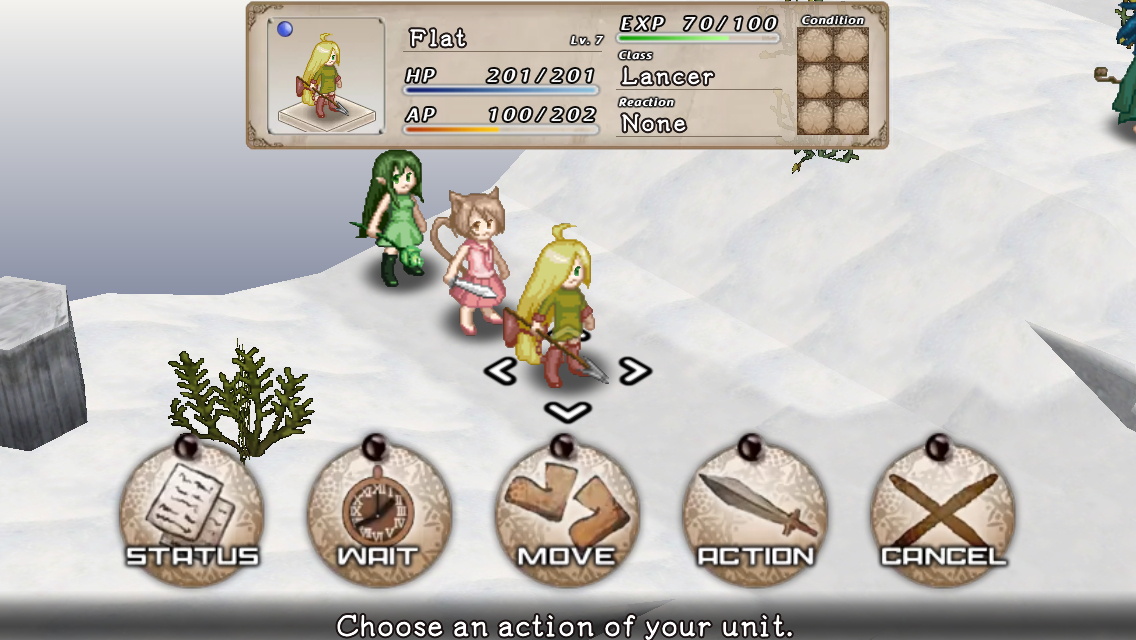 The game takes about 15 to 20 hours to finish, and runs about 20 or so stages. The battles run a bit on the long side, with much of that owing to the glacial pace at which the enemy moves during its turn. Seriously, strategy game developers, start considering a fast forward button as a given, please. You’ll only ever have five units to move, but the computer often has considerably more, meaning you spend more time watching it play than playing yourself. Now, as I mentioned earlier, you’ll often have enemies join you after the fight. It’s random who will join, but there aren’t really very many types of characters, and since you can only have five active characters, you’re going to be left with a lot of spares. To help you clean up, you can fuse characters together to strengthen them, but like many other things in Rime Berta, this part of the game feels very poorly explained and undercooked. Most of your roster is going to be made up of generic, non-speaking characters anyway, so you might as well fuse them away, but you never really need to.

Rime Berta has nice music, and the graphics are okay, though I’m not a big fan of its art style. I could see people going either way on that one, however. The stages could use more visual variety, but these are luxuries independent developers can’t always afford. The user interface is a bit obtuse, and as I mentioned earlier, it doesn’t feel all that comfortable to use on a touch screen. I’m not the biggest fan of tutorials, but this game really needed some kind of explanation in the beginning, however brief. As an example, the game will tell you that you’ve learned a skill, but it never actually tells you how to set them or even that you need to set them. It’s just something you have to figure out based on prior knowledge and poking around. I can’t even imagine what it would be like if some poor soul stumbled on this as their first game in the genre. The game does at least have a fun set of Game Center achievements to go for if you’ve got the inclination to keep on playing. 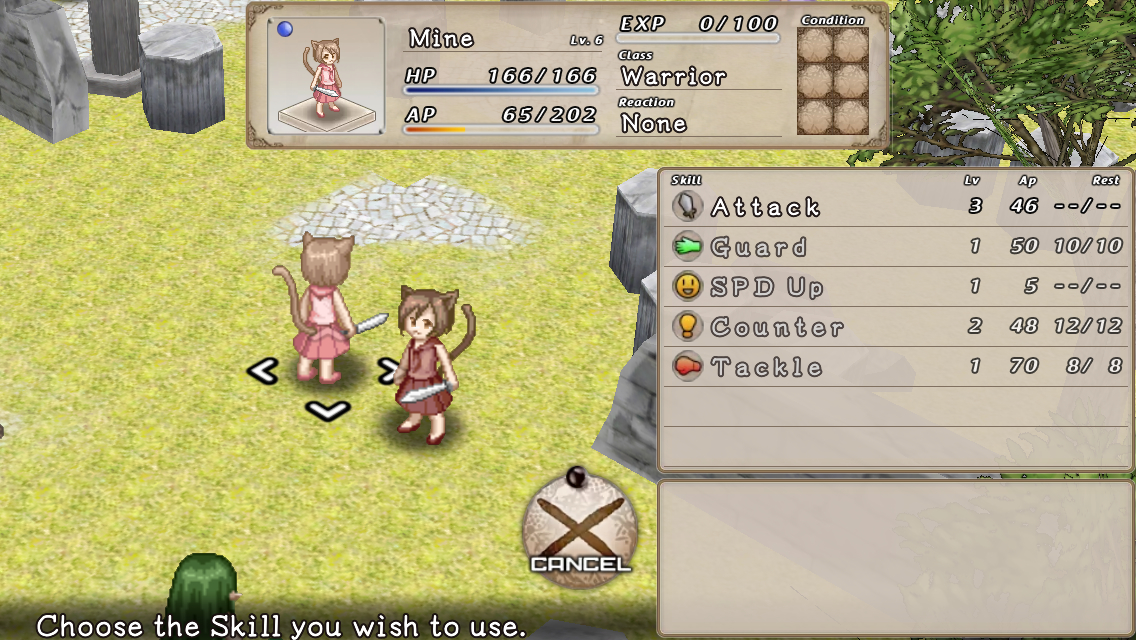 It has its moments, to be sure, particularly when you’re exploring the interesting skill system and tackling the few truly difficult situations the game throws at you, but ultimately, Rime Berta just isn’t very good at what it’s doing. It’s slow, dull, and toothless for most of its running time, and there’s no dangling carrot to keep you pushing through all that nonsense. The story’s barely there, the amount of content is a bit thin, there aren’t any truly interesting battle scenarios, and the AI is so inept it might actually defeat itself given enough rope. Rime Berta isn’t a terrible game, but it’s a pretty poor example of a strategy RPG, and really only merits attention if you’ve exhausted every other interesting choice.