I’ve sunk over a dozen hours into Chaos Rings 3 these last few days since it released, and I’m going to be putting in plenty more in the future. I find myself constantly going back to it, even when I have other things I need to do. That should clarify perhaps the biggest concern about the game, I’d hope. This is a very good game, and a very good RPG. At the same time, I’m a bit torn about a few things, and I have worries about a few others. Let me start by saying that a fair length of time has passed since Chaos Rings 2 ($14.99) was released, with the market changing rapidly in that period, not just in mobile but in gaming in general. Chaos Rings 3 is very much a reflection of those changes, and as a result, I’m not sure how satisfied fans of Chaos Rings in particular are going to be with this sequel. 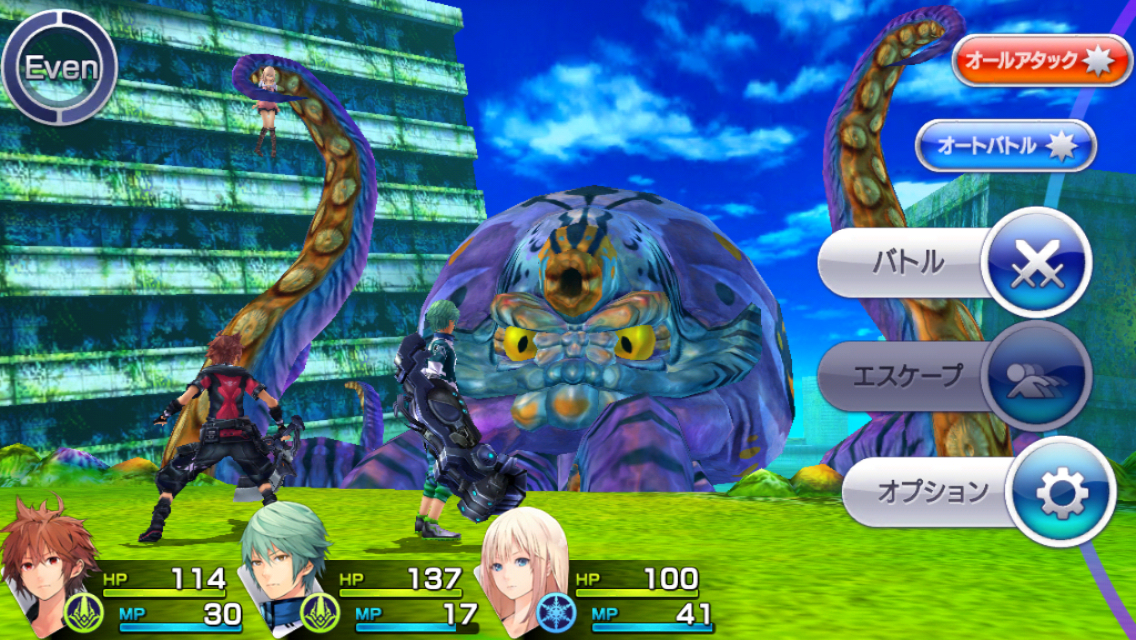 There aren’t any IAPs in Chaos Rings 3. I want to say that early and clearly, because a lot of the details that follow will have you scrabbling to double-check that piece of information. The upfront price is a bit high compared to previous installments, coming in at a weighty 2,800 yen, but once you’ve paid that, you cannot throw any more real money at the game. Enjoy that sigh of relief while you can, because the next thing I have to say is that it feels like that choice was made very late in this game’s development. All of the earmarks are here, including multiple currencies, collecting random characters from a gatchapon-style draw, fusion and evolution, daily login bonuses, and even the ability to use your rare currency to buy a World Of Tanks-style premium account subscription to earn more experience and cash for a period of time. It feels like the game was set up as yet another Square attempt at chasing Puzzle & Dragons before someone swooped in just before release, cut out the ability to buy onze coins, and rebalanced things a little. I’ll be really shocked if it never goes that way, but I suppose we’ll see.

There’s also the matter of the obvious shift in tone from previous Chaos Rings games. I’m nowhere near finished the game, but it’s not quite as saccharine as it appeared to be from early screens. It’s certainly brighter and more colorful than previous games, and the main cast so far tosses away the complexity seen in the protagonists of earlier games in favor of tired teen anime tropes, but there are connections to the previous games and there’s a fair bit of darkness peeking out from behind the cheerful exterior. In a way, the bright colors are meant to fool you into feeling a certain way, but as I haven’t quite finished the game yet, I can’t say with any authority how well it ends up delivering on its current flirtations. It’s neither as dark as the older games nor as compromised as it initially appeared. I don’t feel like it has the same unique, specific narrative appeal that the other games in the series do, but it’s not bad. Hopefully, that takes care of what most people are worried about with regards to Chaos Rings 3, even if the answers aren’t what you might have hoped for. I’d like to shift gears now to talk about what the game is, instead of what it isn’t. 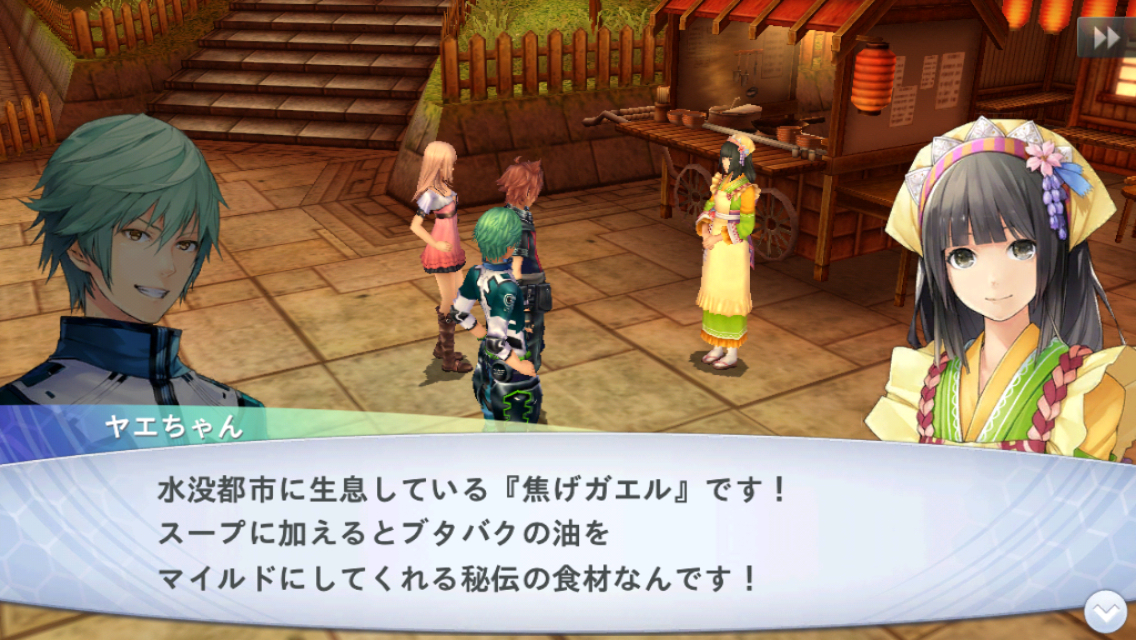 After a brief prologue with a mysterious character that teaches you the basics of movement and combat, you’re introduced to the main character proper, who you can give any name you like. We’re then introduced to his family, which does not include his parents because he is an orphan (of course!). He’s a farm boy, but he’s got big dreams of moving to the big city, becoming an explorer, and finding the lost world of Paradise that his father sought out when he was alive. Only a short matter of minutes later, he’s on his way there, with his irritating little sister in tow. After arriving, he soon meets up with Daisuke and Liary, two other young would-be explorers. They form a team, which you also get to name, and from there, the game proper begins. You can accept missions from a few different hub areas, with some of them contributing to the main story while others just give you bonus items or onze coins. After selecting a mission, you’ll travel out to the area associated with it. Generally, you’ll have to take down a boss or seek out a particular item, but there are other goals you’ll come across.

The story missions, and some of the side missions, usually have a few cut scenes in them to fill out the characters a bit and develop the plot. Sometimes, it’s just comic relief, like Daisuke’s fear of frogs, while other times, you’ll meet new characters and interact with them. You have the tiniest bit of interaction here, with the game frequently prompting you to make a choice between two answers. One set generally makes you out to be polite, while the other makes you out to be a brash jerk. Other than the dialogue immediately following what you say, it doesn’t appear to make a difference which way you choose, but there could be consequences down the road that I just haven’t hit yet. 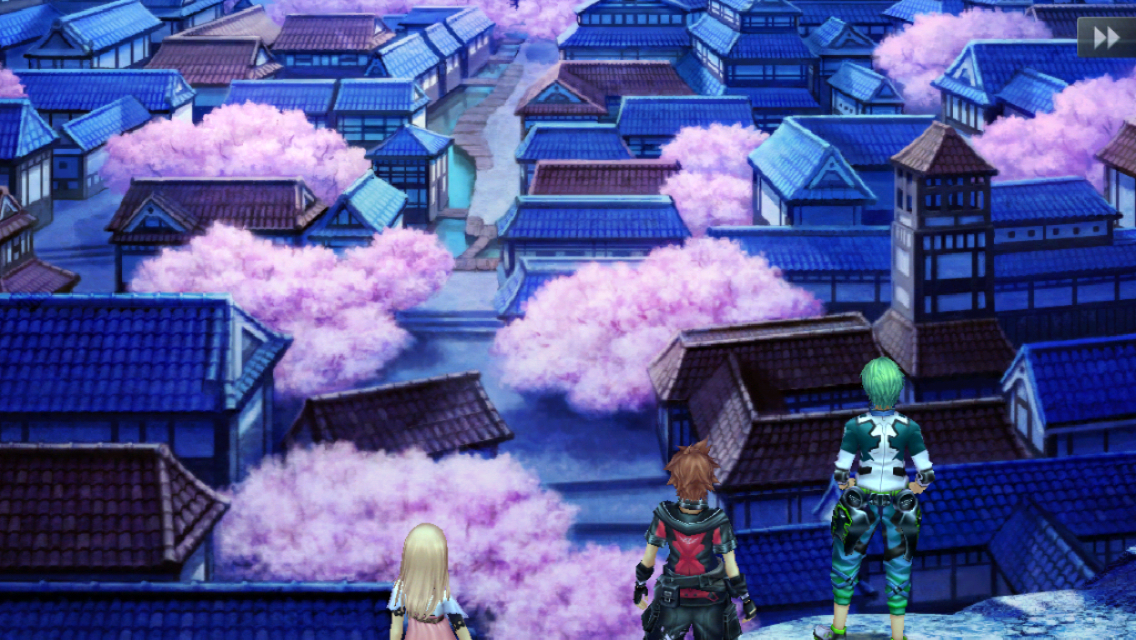 Although the areas are now in 3D and have a bit of vertical play to them, the mission grounds aren’t terribly different from what we saw in earlier games. They’re not usually very big, and they’re made up of two or three visually distinct sections connected by spokes. You’ll occasionally earn new abilities that will help you navigate them, such as bombs that can knock down walls. Treasure chests will be randomly seeded in every time you enter. These chests come in two varieties, with the regular ones containing quest items or simple things like chocolate, while the gold ones require the use of a key and contain stage-specific items that give you nice bonuses. Keys can be found, acquired from clearing certain missions, or bought with onze coins. The game keeps track of which items you’ve found in each stage using a picture with blank spots to fill in.

The battles are still random encounters, and like before, you can choose their level range before you enter an area. The battle system retains some elements from the earlier games, but it definitely has a lot of new ideas. The pair system is gone, replaced by a sort of combo system where certain attacks will chain together if executed consecutively. So if the hero and Daisuke both cast Cremate, they might fire off Cremate II together instead of going separately. If you land a critical attack and stun the enemy, the last person on your team attacking might throw in a stylish special attack to deliver some extra damage. The momentum gauge is back, and if you manage to fill it up completely in your favor, one of your party members will launch an ultra-powerful attack. Gene attacks also make a return, though the whole gene system is pretty different this time around. In battle, it functions more or less the same, standing in as a proxy for magic. 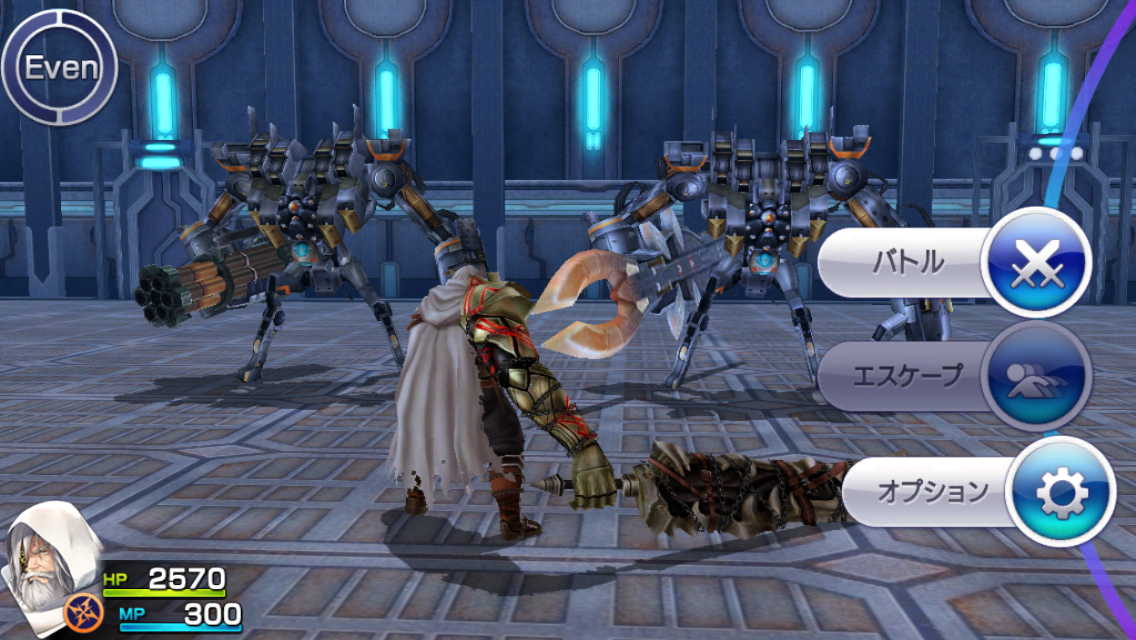 Now, about the gene system. In previous games, you equipped each character with gene sets that were dropped from enemies. You could learn new skills on each set by defeating enemies of the same type. This time around, it’s more of a Persona situation. You can have one gene set equipped at a time, and their skills expand as they level up. Your characters never actually level up during the course of the game, but by equipping and leveling genes, their stats will be boosted. At low levels of rarity, genes have a very small set of skills, but if you can fuse them up to higher ranks, you’ll get lots of powerful new abilities. Your main source for genes is from the game’s special shop, where you can use onze coins to pull new gene cards. As long as you’ve got something level-appropriate for the area you’re in, though, you can get by with the initial ones the game gives you if you really want to.

You’re probably noticing those onze coins coming up a lot. They’re the rare currency in the game, and they’re important for their many uses. Generally, you’ll earn these from completing optional missions, or receive them in your daily login bonus. They’re used to pull new genes, buy special items like keys and continues, and activate temporary VIP status. You can also change them in for regular currency. The main way their presence chafes is in the continue system. If you fall in battle and you don’t have a continue item, you’ll be kicked out of the mission. If it’s an optional mission, you’ll have to start from scratch, while if it’s a story mission, anything you did in that mission is still done, but you’ll have to start from the beginning area again and hike back out to carry on. Continue items go for a whopping 15 onze coins a pop, so you should probably be very careful. You can save in a mission, but if the App closes itself, you’ll be booted out and have to start it over, albeit with all items and experience intact, so you can’t even cheese the continue system. 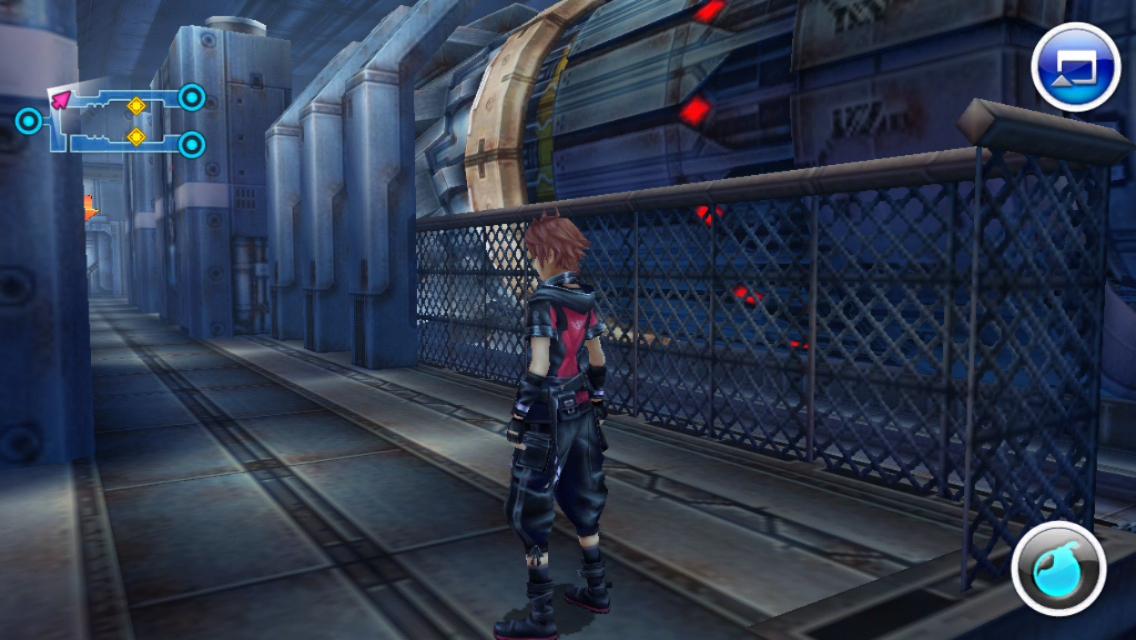 This preview is rapidly becoming review size, so I’ll wrap it up here for now. Chaos Rings 3 is a really cool game. It has a lot of interesting ideas and it’s very fun to play. The mission-based structure is still a very sensible approach to take for a mobile RPG, and I’m happy the game has a more serious tone lurking behind the friendly exterior. I’m somewhat concerned about the vestiges of an IAP-centric game that permeate the experience, because even though there aren’t any IAPs right now, it doesn’t take much imagination to see how that could change. For the rest, I’m just going to invoke Chrono Cross by saying this is an excellent RPG in its own right, but perhaps not the most satisfying sequel. That could change by the end of the game, and I certainly hope it does, but even if it doesn’t, it’s a fine game on its own merits. We’ll have a full review of Chaos Rings 3 whenever it makes its way out of Japan, so keep watching the site for more information as it comes.