Temple Run 2 (Free) knows how to do smart branding. Getting Usain Bolt to be in the game was a perfect choice. And now, with the announcement that NFL players are going to be in Temple Run 2 starting today. The first two players are NFL quarterbacks Colin Kaepernick of the San Francisco 49ers and Russell Wilson of the Seattle Seahawks, both known for their running as well as their passing, so they’re logical additions to the game, not to mention that they’ve both been heavily marketed over the past year as the 49ers-Seahawks rivalry has intensified. Plus, hey, with made-up football player Zack Wonder in the game, why not have real players now? 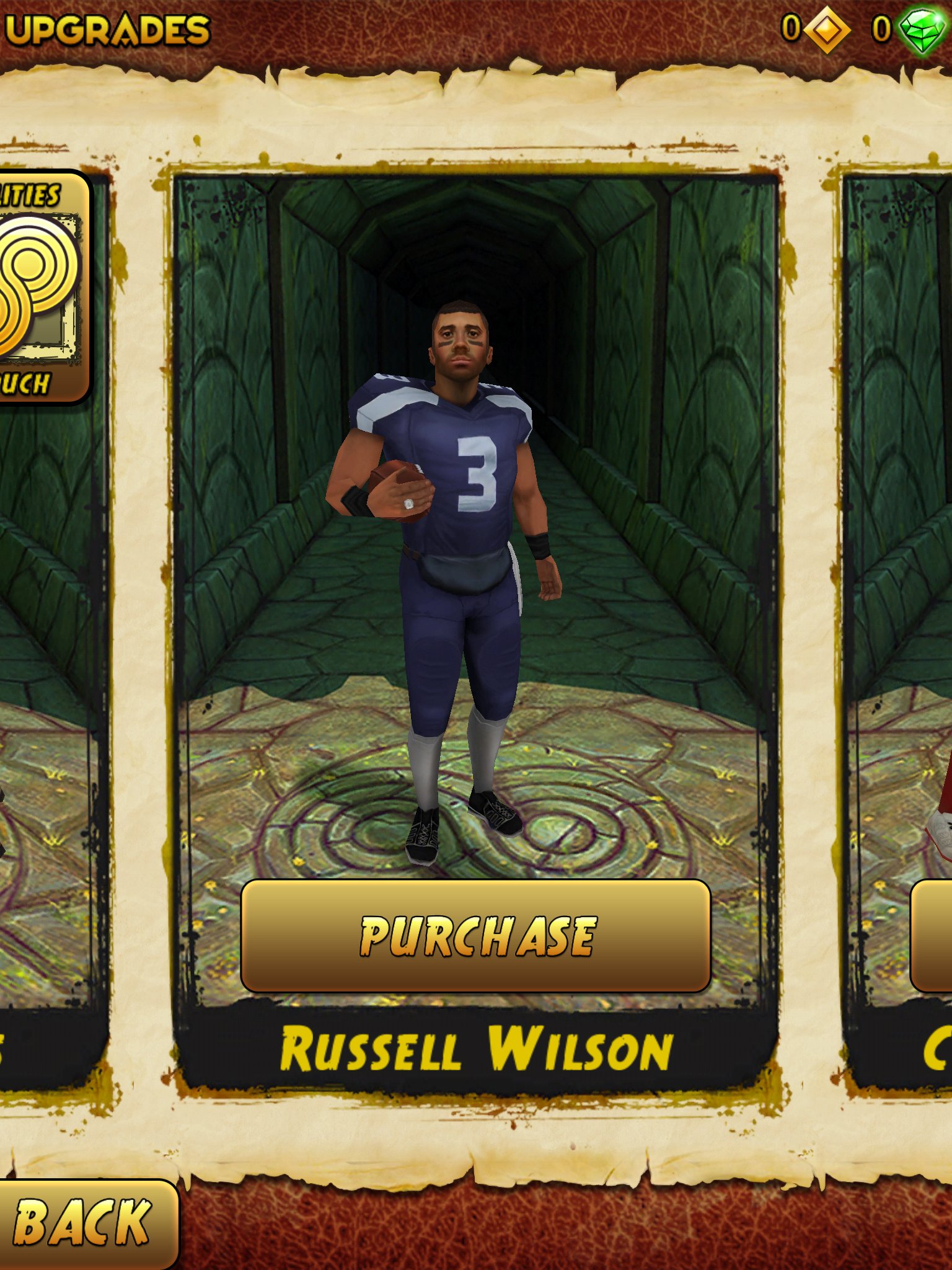 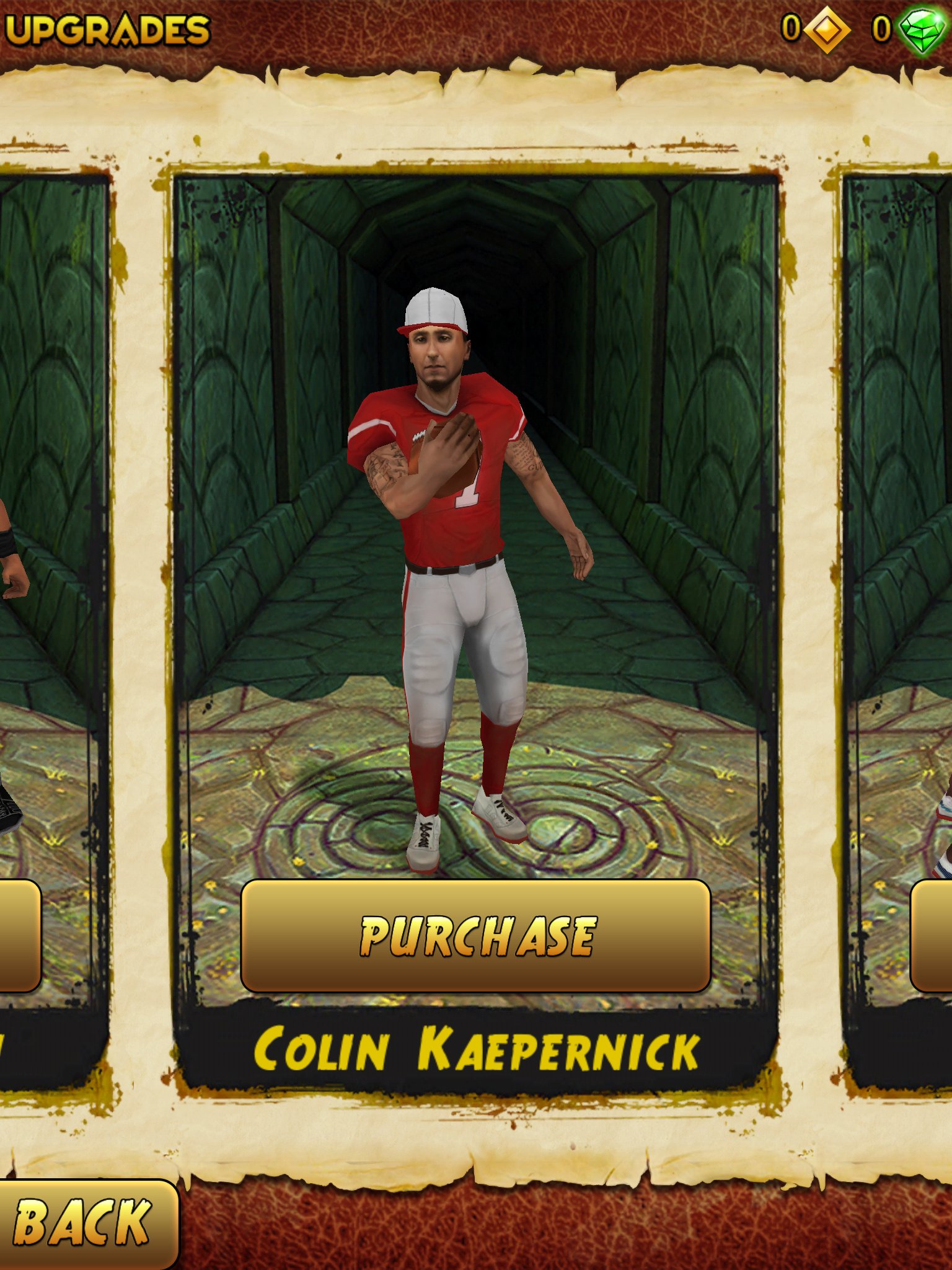 Each character is available as a $0.99 IAP right now in the latest update, much like Usain Bolt is, though this is claimed to be for a limited time. New players will be added over time. So I’m just going to throw it out there, Imangi: make Peyton Manning a playable character at some point. Do it because it’d be the greatest thing to happen since that rap video he did.