Fruit Ninja ($1.99) has had a massive update promised, and it’s come to fruition, as Fruit Ninja 2.0 is now out on the App Store. And if you haven’t played it in a long time, this is really quite different from the Fruit Ninja you remember back in 2010. The game has been dramatically revamped to where there’s now an experience system and currency used to buy powerups. All the upgrades, which were once cosmetic, now have various effects, such as creating harmless bombs, or adding points to combos. And there’s a powerup boost system now as well. 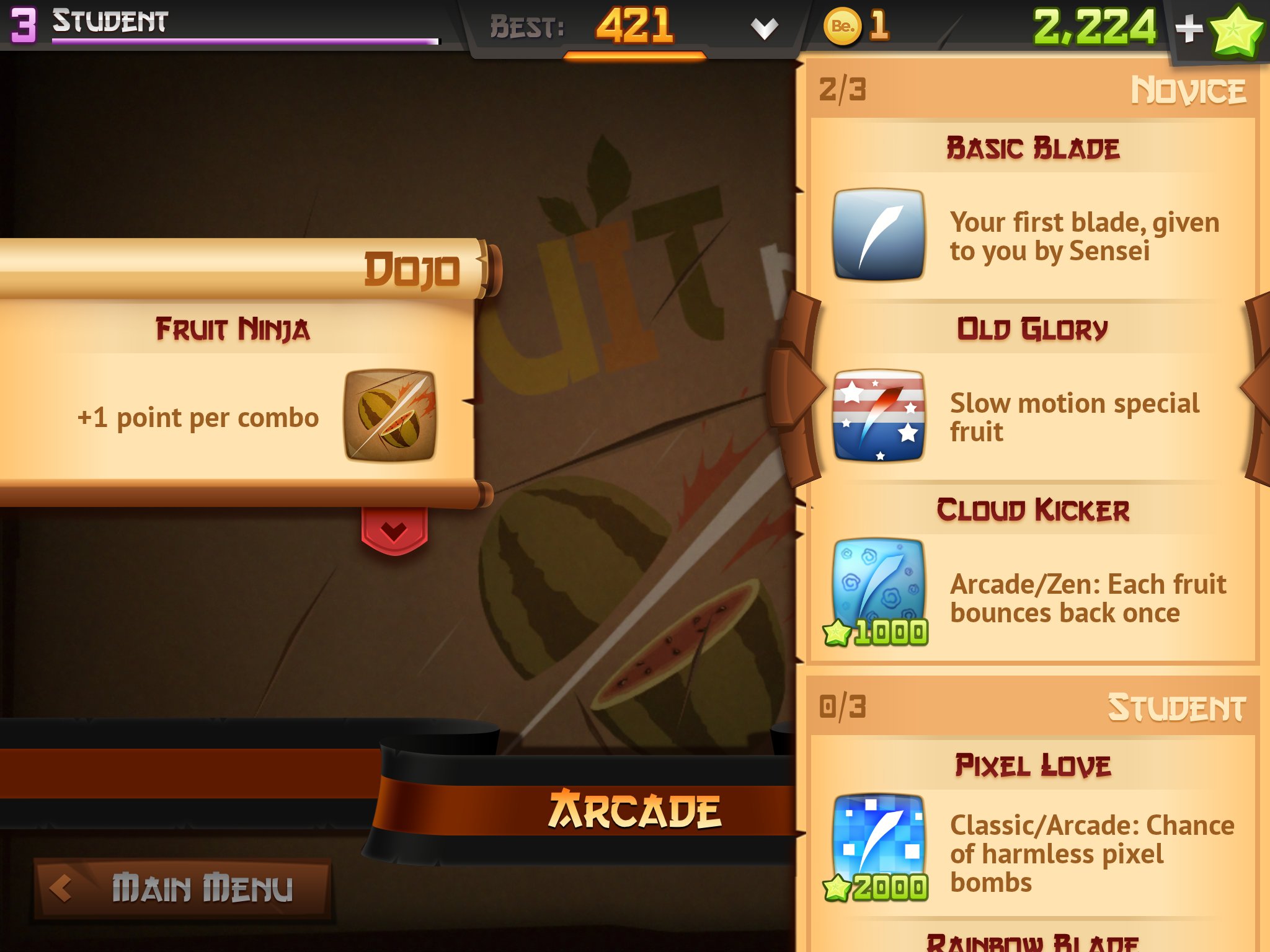 These do change the game, and really, the whole loop of the game has been dramatically revamped. The Arcade mode is now the star of the game, though the Classic mode and Zen mode are both still there, accessible from the main menu. And really, the gameplay hasn’t changed too much, it’s still about slicing fruit, there’s just a lot more on the outside, like the addition of characters that pop up, and “BeDollars" for rewards that definitely feel like they’re trying to modernize this game and its monetization, all without launching a new version. The iPhone app is universal and still a paid app, but all the free and HD versions are still there too. It all does give off the sensation of having your cake and eating it too.