If you fancy yourself something of a sport-drinker, chances are you’ve played or at least heard of a popular drinking game called Power Hour. The idea is simple: A playlist filled with 60 different songs plays 1-minute snippets of each song. Every time the song changes, you take a shot of beer. By the end of the hour, the goal is to have taken 60 total shots of beer. Sound easy? It’s not. At all. I’m not some superstar drinker by any means, but I can definitely toss a few back. However, making it to the end of Power Hour is a struggle, and I’ve seen the game take down far better drinkers than me over the years.

I don’t think it’s necessarily the amount of alcohol that does you in, as it works out to be about 7.5 beers over the hour (not that that’s anything to sneeze at, mind you). Rather, I think it has to do with drinking the beer shot by shot that ends up making to the end of Power Hour a loftier goal than it might seem. You get full fast, probably because you’re taking in more air than if you were just drinking beers from a can or bottle. As the game goes on, you start to dread having the song change and having to toss back another shot. Completing Power Hour isn’t an insurmountable goal or anything, but it’s one of those challenges that, similar to eating a tablespoon of cinnamon or drinking a gallon of milk in an hour, is much harder than you might think it would be. 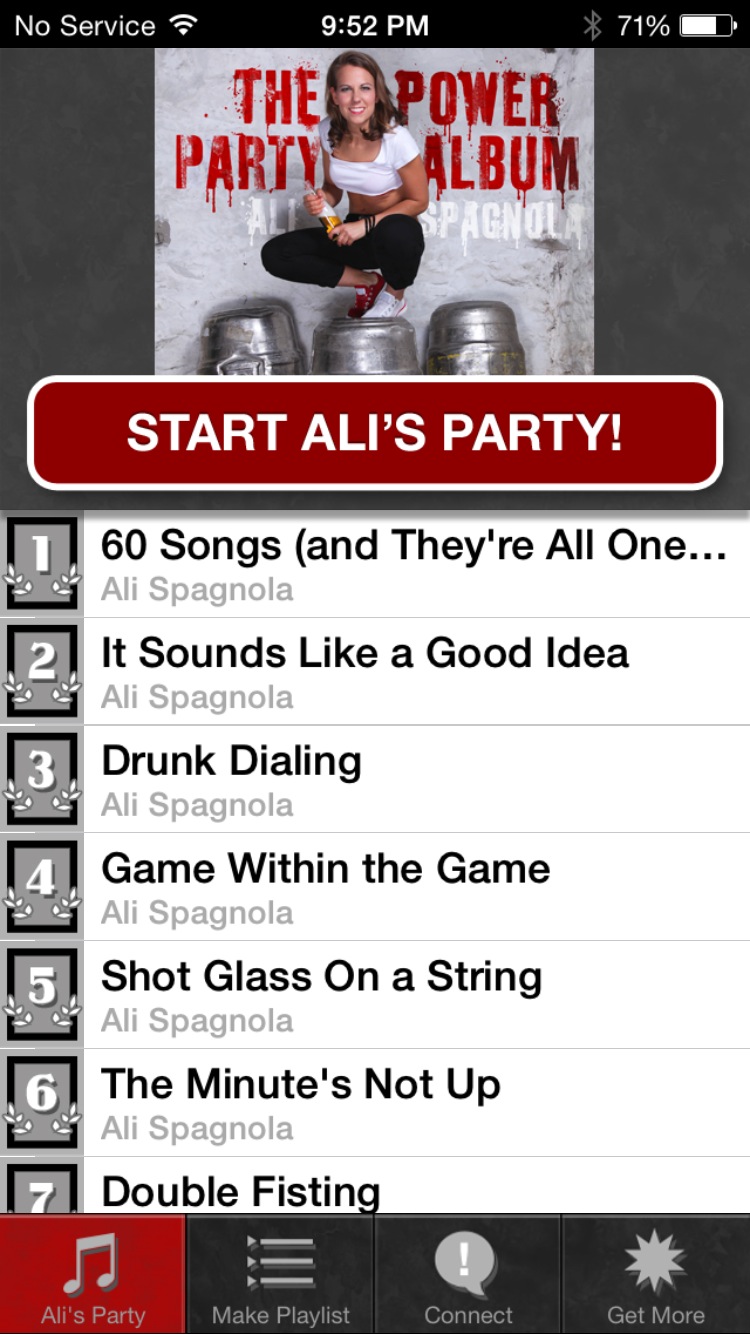 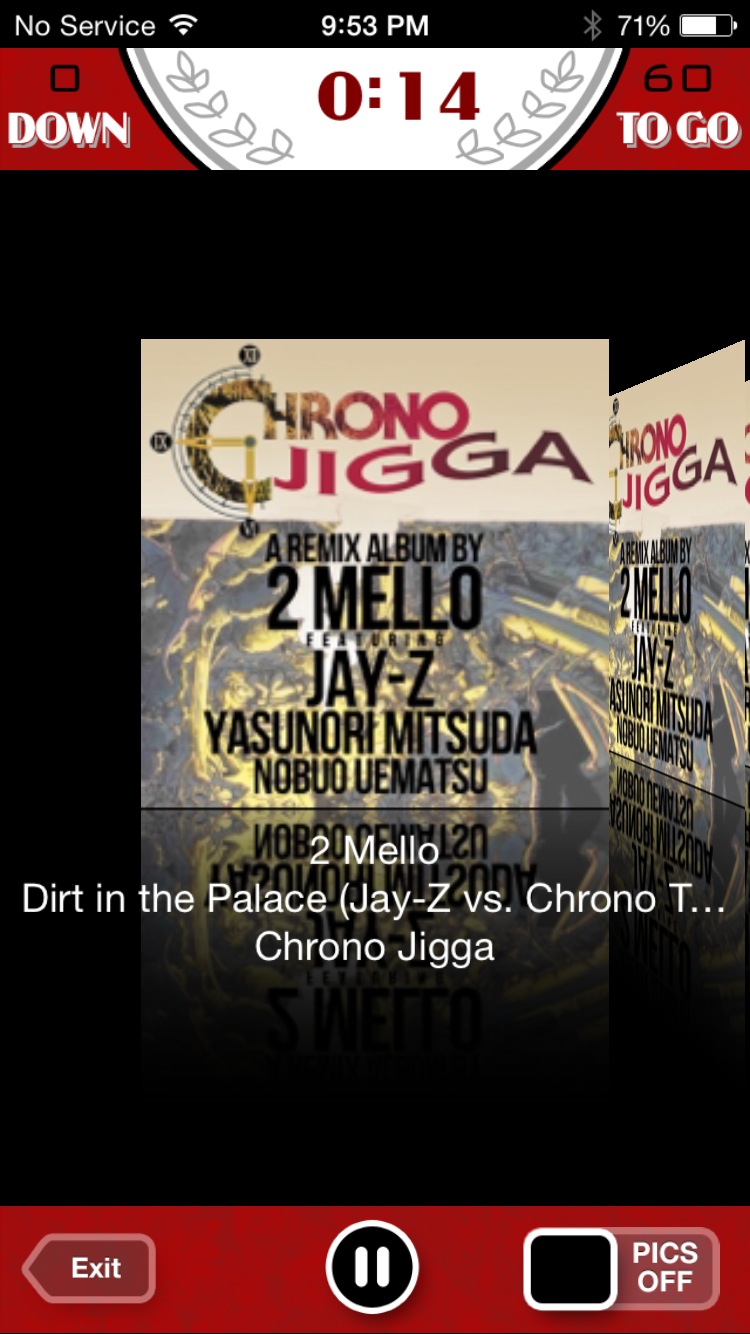 Anyway, something I was NOT aware of is that electronic musician Ali Spagnola was also a fan of the Power Hour game. Back in her college days, she turned the game into a live show, playing 60-second songs for an hour while a live audience listened and took shots along with the show. In 2011, she turned her Power Hour concert into an album that you could buy called The Power Hour Album, and even created a clever shot glass necklace that helpfully housed a tiny USB key that contained the album, so you could basically wear a party-waiting-to-happen around your neck at all times.

Now, Ali Spagnola is taking her Power Hour party into the world of mobile devices with a brand new app/game called Ali Spagnola’s Power Album: Party Hour Playlist Maker ($1.99). I’m just going to call it Ali’s Power Hour App, though. As somebody who has painstakingly made a playlist manually, picking out each song and deciding which 60-second chunk of it I wanted to play, I’ve often dreamt of something to make making a Power Hour album easier. This app does exactly that. It’ll let you create a playlist from the songs already on your device and play them in 60-second chunks for you. Not only that, but there’s a nice selection of options for the game, letting you change the length of the game or reorder songs right from in a playlist. There are a bunch of other handy features too, which Ali describes in the following promo video.

If you’re thinking to yourself “Apple would NEVER approve a game that promotes drinking like this", you’re right: Ali’s Power Hour App was rejected three different times, and saw quite a few different tweaks before finally being approved the fourth time it was submitted. She talks a bit about the approval struggle on her website, and I’d imagine that’s why it has such a convoluted name. She explicitly tried to avoid using the term “Power Hour" or mention drinking in the iOS version. Over on Android, the app is simply called Ali Spagnola’s Power Hour [Play Store Link]. Hey, that’s Apple for ya.