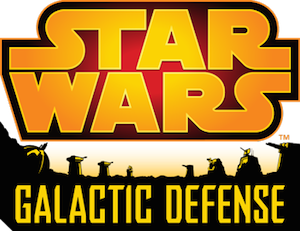 This appears to be a fixed-path tower defense game, where players will have to place their towers alongside paths to take out the advancing enemies. The game spans both the prequel and original trilogies, so expect all kinds of units to play as, choosing either the dark side or light side. There will be hero units that can be deployed in battle a la Kingdom Rush (Free). There’s tower defense, and then there’s tower defense with Boba Fett, which is what Star Wars: Galactic Defense promises to deliver on, along with low-flying Millennium Falcons entering the combat fray.

Certainly, the idea of a Star Wars tower defense game has some intrigue to it, because it sure sounds a lot more fun than just using whatever random units games come up with. Of course, there was the fairly decent Star Wars: Battle for Hoth tower defense game a few years ago, but due to weird licensing issues it’s now no longer available, so it doesn’t really count. Now all we need is a Star Wars flaplike, and we’ll have seen it all.