Cubus Games is a relative newcomer to the surprisingly burgeoning gamebook market on the App Store, with Heavy Metal Thunder ($3.99) being just their second release. Mobile gamers have been getting spoiled lately by the heavy competition between the existing gamebook publishers, with each new release finding new ways to push beyond what was possible with an actual paper book. Heavy Metal Thunder won’t be joining that particular arms race, but it does deliver a reasonably exciting adventure with some occasionally shaky but always enthusiastic writing. In most ways it’s a very orthodox entry into the genre, though I do give it credit for its strong use of audio, and while it may lack in ambition, it’s a very well-put together, enjoyable bit of pulp sci-fi action.

Heavy Metal Thunder uses the trusty old amnesia device to set up its narrative. You wake up in the void of space, with little fuel for your jetpack and even less oxygen. Even worse, you can’t remember who you are or how you got there. You have to make your way to safety, and it’s a longer journey that you might guess. Perhaps, if you want, you can even get a bit of revenge along the way. There are plenty of roads to the end of Heavy Metal Thunder, and it’s impossible to see everything on one trip through. Having so many viable solutions does make for a slightly easier gamebook than most, but the scale of the adventure should keep you from being too bothered by it. 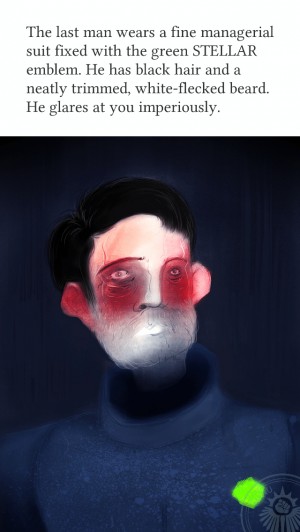 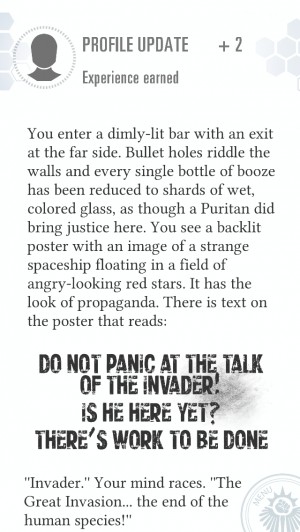 The plot of the game is quite interesting, and the world it creates is something it’s obviously planning to explore further. You get a fair amount of exposition dumped on you at times, though that should be expected from a book that’s trying to establish a continuity instead of a simple one-off. I really enjoyed the variety of situations the game puts you through, and although the story is clearly a first chapter, I was more than satisfied with it as a stand-alone tale simply by virtue of how much ground it covers. The tone is a bit uneven at times, occasionally feeling a bit like it’s trying a little too hard to be awesome, and going so far as to break the fourth wall a few times. Action scenes are very well-written, however, and although it’s a bit clunky at times, the writing did a good job of conveying when things are a little bit off about someone or something. If I had to nail down the feel, there’s an air of Starship Troopers about it, being farcical, violent, occasionally unsettling, and often pretty darned awesome.

The gameplay takes a bit of a different route from a lot of other gamebooks. Heavy Metal Thunder is fundamentally about making choices, but it goes beyond just selecting from a couple of decisions at the bottom of each page. Your inventory is severely limited in this game, and you constantly have to make some hard choices about what you want to bring with you. On your first run through, you’ll likely be hard-pressed to guess what most of it could ever be used for, and depending on where you go, you might not find a use for any given item. You also have to decide whether you want to bring more items that will probably open new choices, or items that will keep you alive through the more game-like bits. It’s more fun to load your bag with the former, but you might not survive to use them without the latter. Weapons present a similar conundrum, since you’ll want to bring at least one ranged weapon and one melee weapon with you, but that’s essentially all you have room for, so you’ll have to choose which of each type you really want. 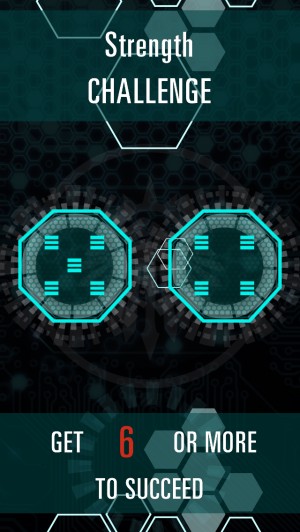 The hard choices continue with your character build. Each individual stat point has great significance in this game, and you’ll never really earn enough experience to level up all the stats in a useful way. Then there are your skills, a list of abilities that all have some valuable use somewhere in the story, though some more than others. Here, too, you have to make some hard decisions. I opted not to pick up the computer skill because I thought it would be more useful to know how to pilot a ship, and maybe it was, but I sure did miss being able to use a computer at times. Having these kinds of limitations adds significantly to the game’s replay value, since you will still have plenty of things to explore even after the first run.

The game’s UI contributes to this, letting you see chapter by chapter exactly how many branches you’ve covered and how many remain to be seen. It’s such a simple thing, but putting it front and center like that really makes me want to finish up every possibility. Maybe if I choose a different set of skills this time, and perhaps I should bring along that fitness magazine I found in one room but discarded to take more food rations? The game is about the right length to make replays easy and fun, though I wish there were extra save files to do so, especially since the game seems to be nudging towards your finished game carrying over to the next installment.

Heavy Metal Thunder is mostly text, of course, but it features occasional full-color illustrations from time to time to liven things up. The art style is quite unique, with everything looking kind of ugly and worn down in a way that suits the unpleasant circumstances of the game’s universe. The battles, done in the typical gamebook manner involving dice rolls, have a futuristic look to them, and interesting choose not to let you see either participant. I like how based on the damage you take and deliver, the text explanation that follows is a bit different. It helps the battles merge with the narrative instead of just being this weird mini-game you play now and then. For a gamebook, Heavy Metal Thunder makes very extensive use of audio, with lots of sound effects and a soundtrack that matches the game’s theme well.

This isn’t the only sci-fi gamebook available on the App Store, but among the selection, this is assuredly the one with the hardest edge to its narrative. It’s also a very fair game, making it a pretty good choice for those who are new to the genre. At the same time, while the game isn’t very challenging, having a number of viable routes makes for a much more replayable game than we often see in this genre. You will have to sacrifice certain things in the course of the adventure, and that will close doors to you later on, so if you want to really drink in everything Heavy Metal Thunder has to offer, you’re looking at playing through at least a few times. This is a very solid gamebook, with plenty to see and a zippy pace, told through some bizarre, entertaining writing. Fans of gamebooks, especially those who may have been pining recently for a more typical entry into the genre, should certainly give this a look.