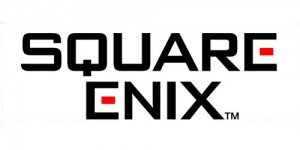 Square Enix had a lot of mobile games showing at its booth, but many of them weren’t playable. Interestingly, though they’ve been out for some time, Dragon Quest IV and Dragon Quest VIII had stations set up, and of course, Chaos Rings 3 and the Dive In service were playable as well. The rest of Square Enix’s mobile lineup was presented in video only, though I did manage to pick up a few details about some of the games.

There were a number of games that seem very unlikely to be released outside of Japan, mostly in the form of social RPGs. I very much doubt we’ll be playing Schoolgirl Strikers or Magic High School: Lost Zero anytime soon, for instance. Social RPG Million Arthur recently got an English language update, so it may be coming out worldwide at some point, but there’s no confirmation on that yet. Dragon Quest Monsters Super Light seems like it has the best chance of a wider release out of any of Square Enix’s social RPGs, save the already confirmed Final Fantasy Agito, but even that seems questionable due to Dragon Quest‘s smaller presence outside Japan.

In Final Fantasy news, a new game called Final Fantasy: World Wide Words was shown. It seems like it has a lot of social RPG trappings and these kinds of games rarely get English releases, but it’s something I sure would be interested in seeing. The endless rider Final Fantasy 7 G-Bike was also shown, and if nothing else, it at least looks really good. Square Enix doesn’t have a lot of experience with runners, but the bike racing segments from Final Fantasy 7 aren’t the worst place to start from. Naturally, G-Bike will be free to play, and it should drop in the next couple of months in Japan. I imagine a worldwide release will follow very shortly thereafter.

While there were no real surprises at Square Enix’s booth, I still feel like they had a very strong mobile showing. Chaos Rings 3 looks fantastic, the Dive In service shows some future promise, the Dragon Quest games seem to be rolling along, and their F2P games are at least trying some new ideas. Of all the big traditional Japanese game companies, they seem to be putting forth the strongest effort across the board on mobile platforms instead of just chasing the success of newer, leaner companies, and I hope they keep it up.