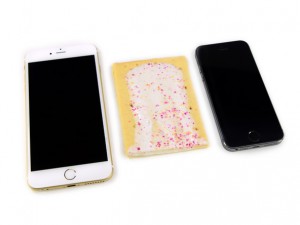 This weekend was absolutely full of news surrounding the iPhone 6 and 6 Plus. Like every iPhone release, the iFixIt guys were on the spot with teardowns. The iPhone 6 Plus teardown features the ever-important size comparison with a pop tart and is loaded with insanely clear photos of every step that goes into disassembling an iPhone 6 Plus. These articles are always super fascinating to me, as seeing all the ultra-tiny parts that go together to make your phone really makes you realize how complicated these devices are. They go so in depth at iFixIt they even teardown the vibrator assembly and camera lens. They also tore down the iPhone 6, although it turned out to be largely the same except a little smaller.

In sales news, Apple announced that they’ve sold over ten million iPhone 6 and 6 Plus units over the weekend, which is their best device launch ever. Apple CEO Tim Cook says it “shattering all previous sell-through records by a large margin." Still, I can’t help but wonder if they would’ve sold more if they had a bigger stock of 6 Plus available. When I picked up my phone, quite a few people were leaving disappointed that they basically instantly sold out of the new huge phone. But, hey, you can always just order online and wait 3-4 weeks. That’s not that bad. 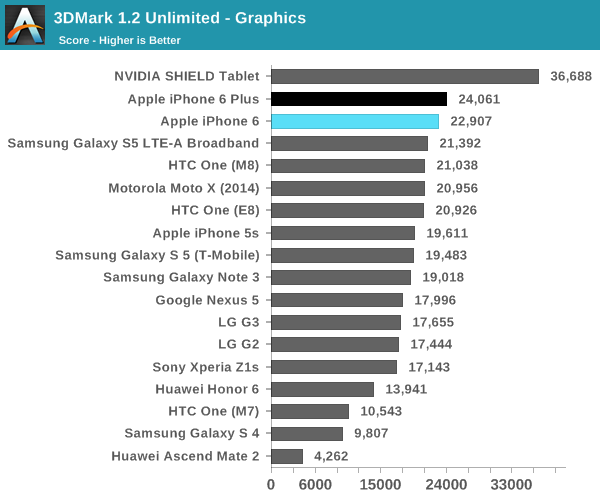 Like they usually do, Anandtech put the new iPhones through the benchmark ringer, and the results are pretty much in line with what you’d expect. As far as raw graphical power is concerned, the Nvidia Shield tablet is still king of the hill, which just goes to show how awesome Nvidia’s Kepler chipset is. The new iPhones weren’t far behind though, with the iPhone 6 and iPhone 6 Plus neck and neck in most tests.

What’s going to be interesting is seeing whether or not these benchmarks change at all as 3DMark gets updated to support Metal. The current version of 3DMark on the App Store is from March, featuring iOS 7.1 fixes. Quite a few games (and apps) I’ve tried have been a little janky with all the 6 Plus scaling, which will only get better with updates. A Metal-optimized version of 3DMark could potentially provide some proof to Apple’s claims of how much better it’ll make games perform on existing hardware.

Speaking of scaling, over the weekend PaintCode’s The Ultimate Guide To iPhone Resolutions was updated with the iPhone 6 and iPhone 6 Plus. Here’s the specific differences for the 6 and 6 Plus. The 3x rendering and then 1.15 downsampling is some serious black magic.

Last, but certainly not least, is the insane video above. Just like how iPhone sales are getting crazier each year, so are the lengths that YouTubers need to go to to stand out in the crowd of similar YouTubers doing their own torture tests. This release, the ante has been upped so much that we’re dunking phones in liquid nitrogen then shattering them with a sledgehammer.