Now that my previous iPhone’s backup has been transferred over to my new iPhone 6, I’ve finally had a chance to (briefly) diddle around with some games on the new device and offer up my thoughts. Similarly to my first impressions of the iPhone 6 hardware itself compared to Eli’s impressions of the much larger iPhone 6 Plus, gaming on the 4.7-inch model of iPhone isn’t drastically different than normal. The iPhone 6 Plus is just so much larger that I think it’s a more impactful change compared to the iPhone 6, which for the most part is just like gaming on my iPhone 5s but slightly larger. That said, there are some noticeable differences with the larger and much more vibrant screen, and overall while it’s not too huge of a change gaming on an iPhone 6 compared to an iPhone 5s it’s definitely an improved experience.

The first things I dove into are two games I play every single day without fail: True Skate ($1.99) and Injustice: Gods Among Us (Free). Neither game has been specifically updated for the iPhone 6/6 Plus, so I was definitely nervous that there might be some issues that would prevent me from playing these daily habits on my new device. Luckily, nothing seems to be majorly broken, and the larger and better screen of the iPhone 6 definitely enhanced my playing experience with both games. 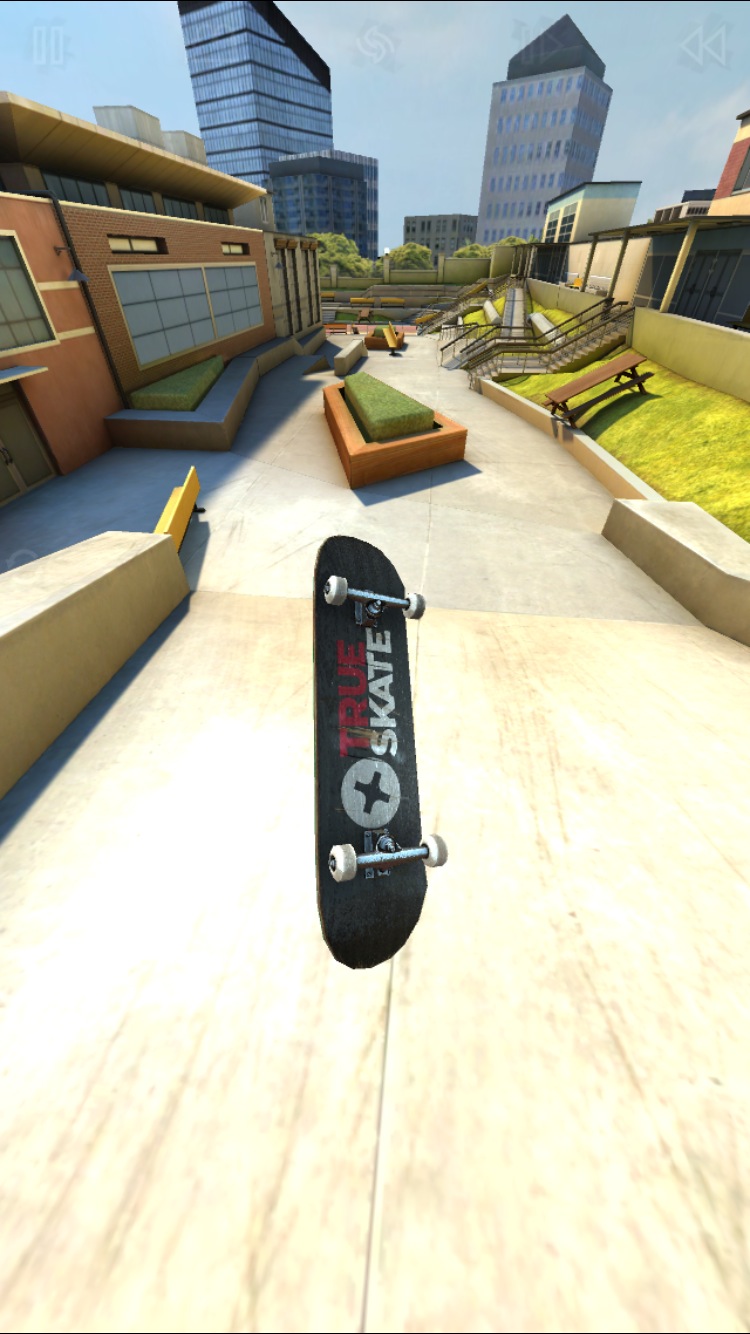 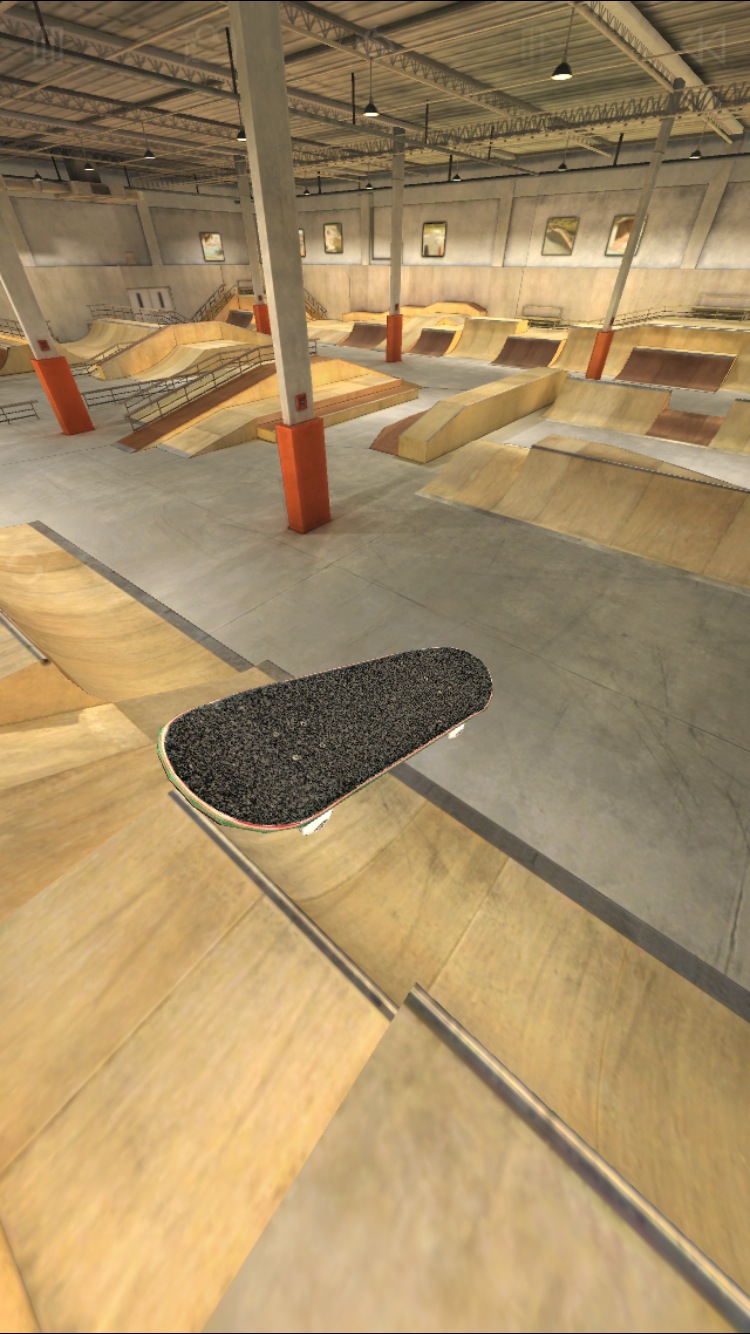 With True Skate, the larger screen is a hell of an improvement. I’ve never really liked playing True Skate on my iPad because it just felt too big. However, every once in a while it felt like the size of the skateboard on the iPhone 5s screen was just a bit too small for my fat fingers. On the iPhone 6 things are just perfect. Everything looks big and bright, and the extra screen real estate actually helps me to have a bit more finesse when performing tricks. I’m slightly jealous of Eli because I imagine all of this would be even more pronounced on the iPhone 6 Plus screen, but I’m exceedingly happy with the new experience of playing True Skate on my iPhone 6. Also, there doesn’t appear to be any sort of bugs with the game running on the new device, and despite it being “upscaled" and not the native resolution of the iPhone 6 you really can’t tell at all. The only time there’s noticeable fuzziness is when you wreck and the camera gets super up close to one of the in-game textures.

As for Injustice, it’s more of a mixed bag. The enhanced screen definitely makes the game look and play better. I was worried that on a larger screen my swipes might feel “off" because I’d have to be swiping a greater distance, but that’s not the case at all. It both looks and plays better than on my iPhone 5s. In terms of the upscaling, the in-game graphics don’t suffer at all, but I have noticed some UI text looking a bit fuzzy and in some cases jagged. Not a deal-breaker by any means. Strangely, the artwork on the character cards looks sharper and more detailed than it ever has. Perhaps with the most recent update to Injustice the developers snuck in at least partial support for the new iPhone resolutions? On the negative side, I’m getting some weird audio bugs with Injustice on iPhone 6. Putting the device to sleep during the game will cause the audio to cut out when you return. It’s strange too, because sometimes it’s all audio, sometimes it’s just music, and sometimes it’s just sound effects. Again, not a deal-breaker as I usually play with the sound off anyway, but hopefully it’ll get fixed up soon anyway. Overall though, I’m overjoyed with how much fun playing Injustice on an iPhone 6 is. 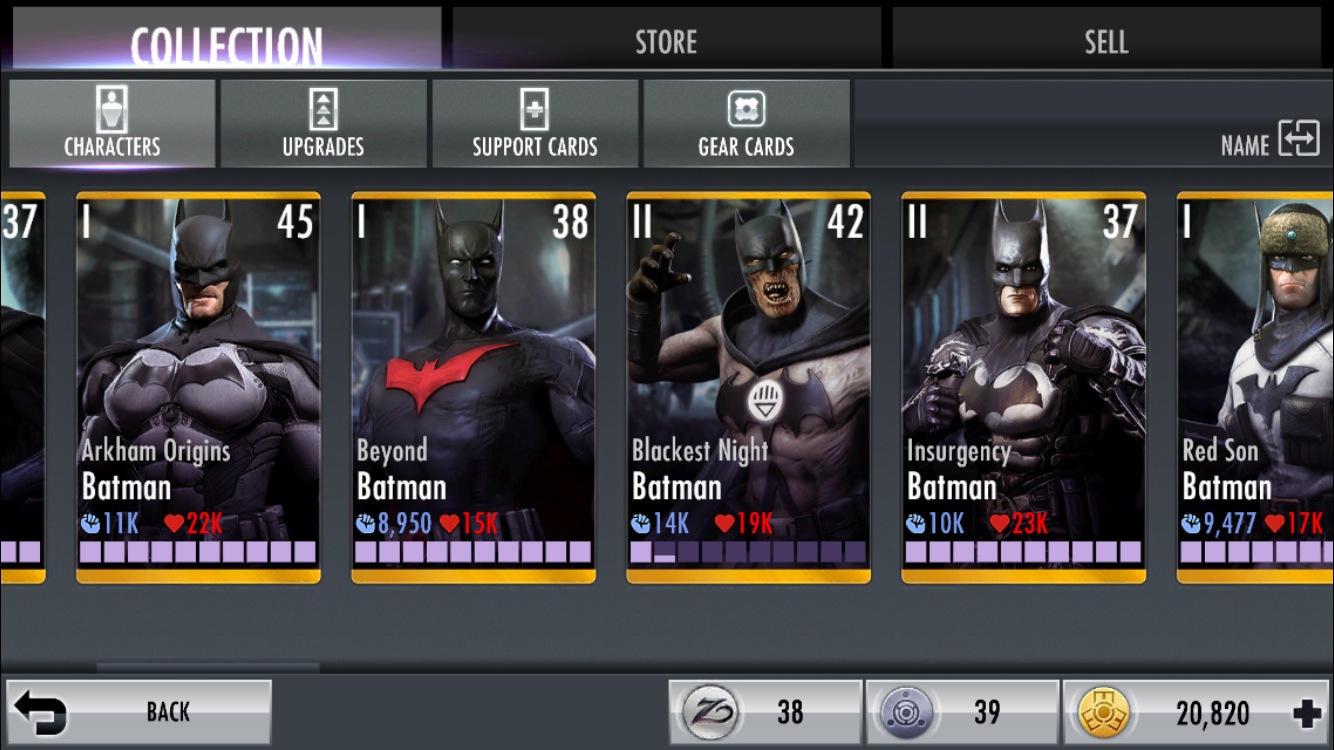 Two other games I was really wanting to check out are Modern Combat 5 (Free) and Asphalt 8 (Free), both from Gameloft. They’re both graphical showpiece type of games already, the kind you show your friends to impress them with what your little device is capable of doing, but in addition to that they’re both amongst the first games to have been updated with Apple’s new Metal technology. I was really hoping to be blown away by the visuals in these games, but it was a bit of a letdown.

I experienced the same framerate stuttering and strange flickering artifacts in the sky as Eli did with Modern Combat 5. Also, I didn’t really notice any of the fancy new graphical flourishes noted in the game’s update description. The stuttering and sky flickering I’m sure are just minor bugs that will be sorted out, and Modern Combat 5 definitely still looks as incredible as it always has on an iPhone 6, but I wouldn’t say I was “blown away" or anything. Asphalt 8 fared a bit better. No noticeable issues with graphics or audio, and the visuals definitely looked more impressive than they have previously. Again, it’s not a “bowl you over" type of impact, and perhaps we’ll have to wait for developers to start building games from the ground up with Metal before we really start seeing the eye-popping stuff, but both Asphalt and Modern Combat–despite any bugs–look and play really well on the larger iPhone 6 screen. Check a screen of the glitchy sky in Modern Combat 5 below. 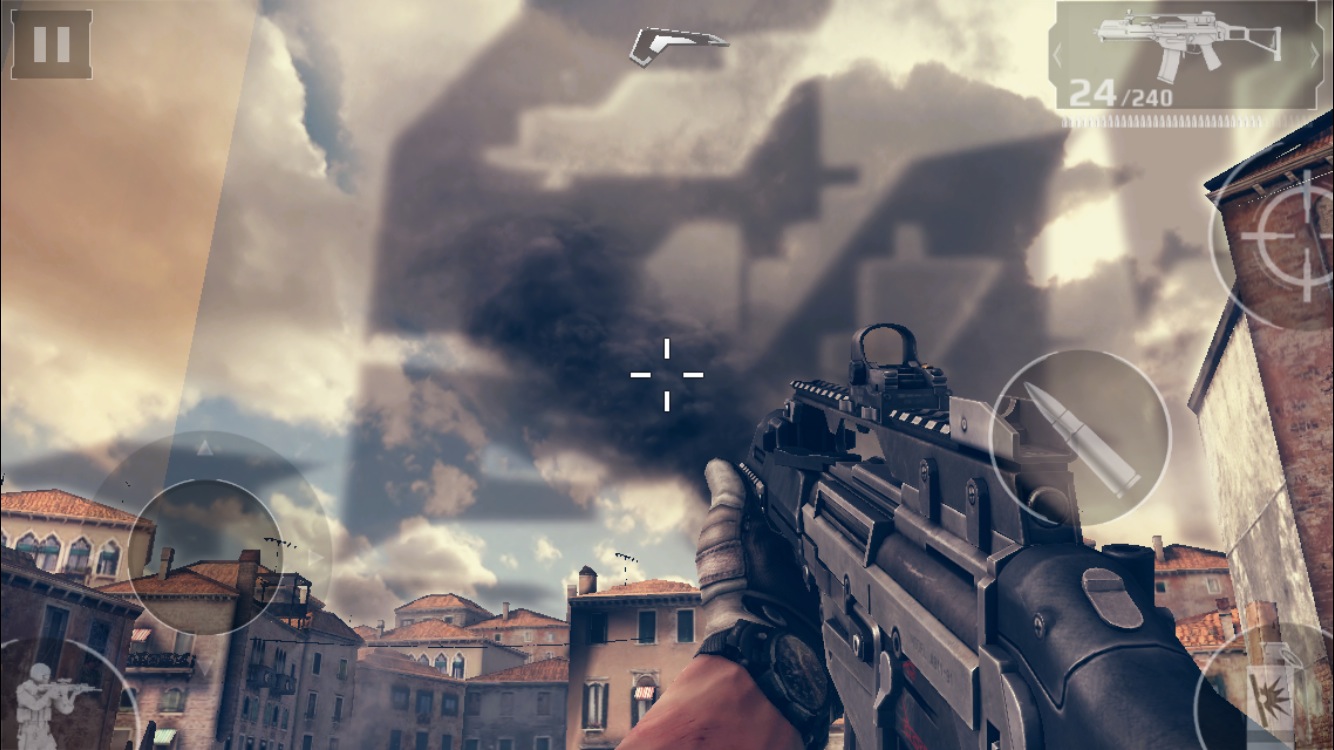 After those two pretty hefty games, I decided to slow things down a bit. Dual-stick shooters are a longtime staple of iOS gaming, so I figured I’d dive into Halfbrick’s Age of Zombies ($0.99), which was just recently updated for iOS 8 stuff. This didn’t go so well. There is a major problem with Age of Zombies on the iPhone 6 which prevented me from accessing or even seeing the main menu, rendering the whole game unplayable. Eli had the same problem on his iPhone 6 Plus. It’s a bummer for sure, but I’m sure Halfbrick will sort it out eventually.

With Age of Zombies out of commission, I hopped over to another of my favorite dual-stick shooters: Aftermath ($2.99). Here, at least the game worked OK visually, and looks especially stunning on an iPhone 6. Unfortunately though, there is a bug here too that prevents sound effects from playing. Another bummer, but at least I could play it. I think dual-stick shooters will continue to shine on iOS with the larger iPhone 6 and 6 Plus devices as the extra screen space means you’re not blocking as much of the screen as you usually are.

I plowed through a bunch more games too, but I won’t bore you with details of each and every one. What I will say is that my initial assumptions about how gaming would be on an iPhone 6 have proven true in practice. A larger, better screen provides an even greater gaming experience than any previous iPhone. Aside from the odd bug here and there, every game I played both looked and felt better on the iPhone 6. I’m incredibly excited for developers to start making games geared specifically for the new hardware capabilities and the larger screens of both the iPhone 6 and 6 Plus.