The Javascript API WebGL has been around since early 2011, but like most really cool web browser advancements, it has taken some time to get rolled out to being implemented in actual browsers. The idea behind WebGL is that it allows clever web developers to actually render GPU accelerated 3D graphics inside of your browser without any kind of plug-in. I believe Google Chrome has been supporting WebGL the longest, but, if you updated to iOS 8 yesterday you’ve now got a browser on your phone capable of the same fancy stuff. 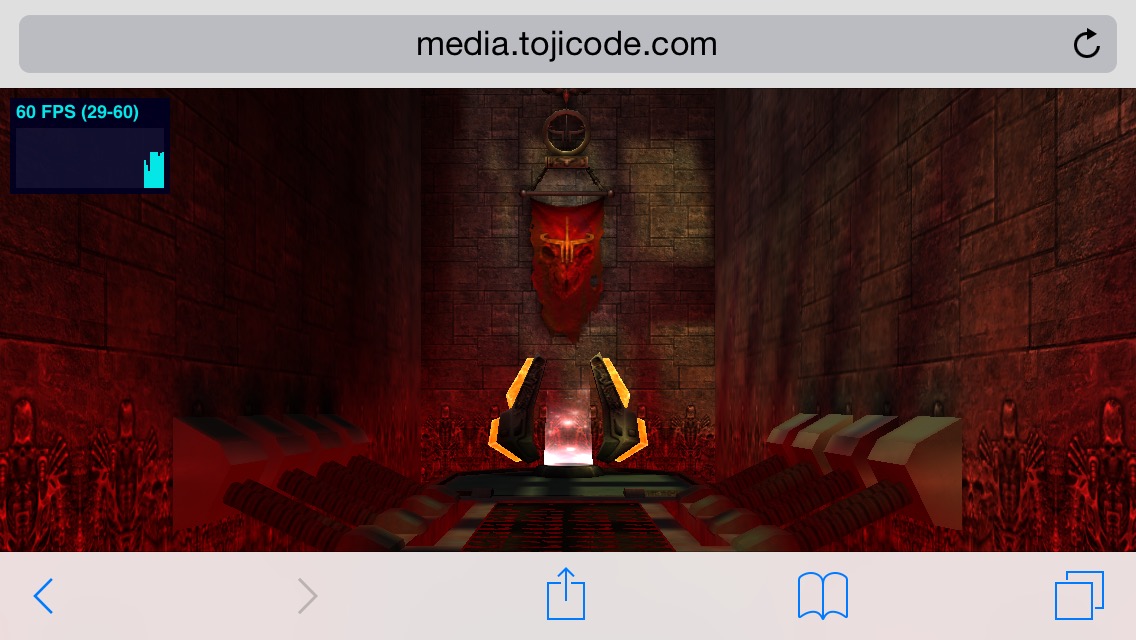 Brandon Jones is a WebGL developer at Google, and his web site is filled with demos that now work in Safari on iOS 8. The most impressive one in my opinion is a Quake III map running in your browser (seen in the screenshot above) but the animated Doom III model demo is pretty rad too. There’s also a ton of actual WebGL games out there, but most (all?) of the ones I’ve tried so far assume you have a keyboard and mouse, leaving no way to control them on your iOS device.

Regardless, this seems like a really cool step in the capabilities of iOS devices. Are there going to be any killer webGL games, or will any developers choose to build things in webGL instead of just native apps? It’s hard to say, but at least the tools are now there for anyone to do it if they wanted to.