Not long ago, Foursaken Media announced a rather intriguing new game, Phantom Rift, an RPG that plays heavily on the Mega Man Battle Network series with some interesting ideas of how to integrate multiplayer, with a bit of Bastion ($4.99) thrown in as well. And now we know when you can play it, and good news, it’s really soon. Like, this Thursday on the 11th soon. 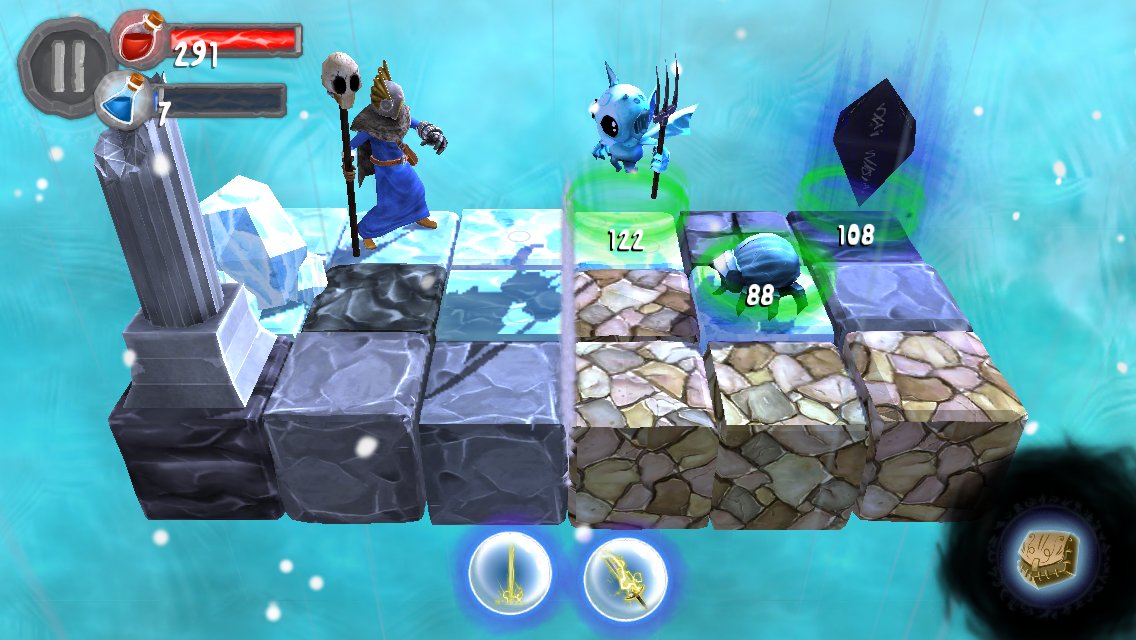 For those who haven’t played an MMBN game, which Phantom Rift is heavily inspired by, it’s a kind of hybrid of card games with real-time action. It all takes place on a 6×3 grid, with the player and enemies restricted to their own side. Spells are drawn from a deck and used as different attack and support abilities to help turn the tide in battle. Each spell has a mana cost to bring in to battle, with mana recharging as you fight. Enemies will be found wandering throughout the world, with other players discoverable and with rewards to be had for defeating them. It’s the kind of thing the internet-themed MMBN series always needed, but didn’t have. Stupid Game Boy Advance.

There’s MFi gamepad support and cloud saving in Phantom Rift, with over 300 spells to collect, “tons of dungeons," side quests, and all sorts of fun stuff to do. If you ever played MMBN, you know there’s reason to get excited about a game inspired by it. And Foursaken Media makes interesting stuff regardless, so there’s plenty of reason to get excited about this one for Thursday.