Why did Epic Eric ($0.99)appeal to me? Because it’s a game all about swinging around, which is one of my favorite gameplay mechanics, the cousin of grappling hooks, my number one favorite. I mean, it’s why I was so excited by Deep Under the Sky ($3.99), those grappling hooks, and the swinging on them thereof. So, Epic Eric intrigued me. And I must say, it lived up to my intrigue for the most part.

This is a puzzle-platformer where the main way of getting around is launching the protagonist from spinning gears to launch around the levels, collecting stars and getting to the flagpole at the end of each level. It winds up feeling a lot more like the swinging in a grappling hook game like Hook Worlds (Free) though. The challenge along the way is to collect three stars, which are often in precarious locations. As well, while most of the gears spin on their own, there are gears that don’t, and require momentum in order to swing around on. Additionally, a variety of flippers and bumpers must be managed in order to make it to the end. 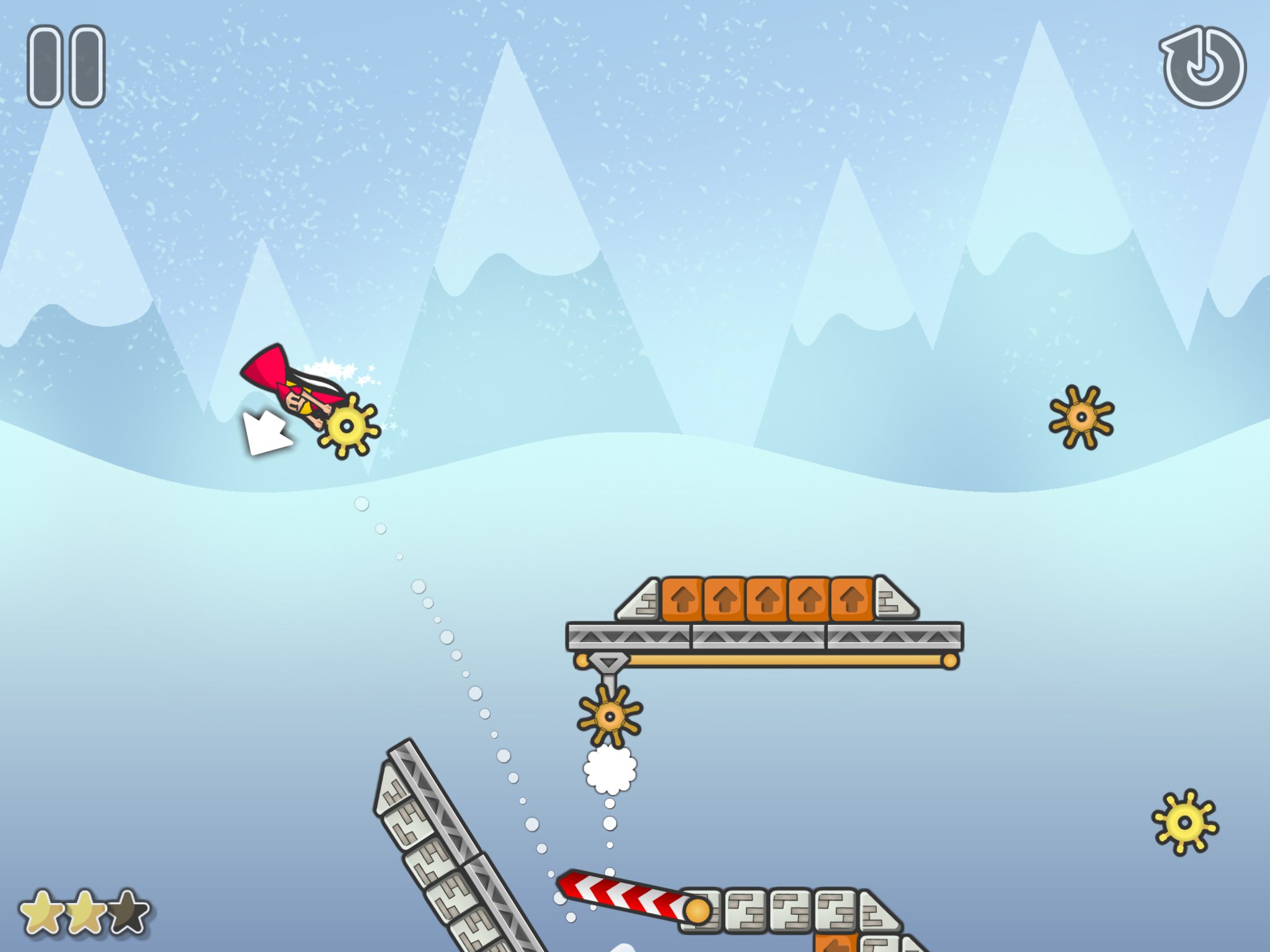 The game’s gear-jumping is fun to play with, and satisfying to try and command. The physics of the unmoving gears require a little bit of practice – often just the slightest difference in launch angle can lead to rocketing off in one direction or not. Other than that, the physics feel quite consistent to use. There’s also a good variety of strategies to use in the levels, though their sequencing can be off: sometimes a challenging level is followed by one that can be completed with three stars on the first try.

The game’s premise of ‘knight saves damsel in distress’ is a wee bit stereotypical. Thus, I appreciate that by tapping on her on the title screen, it’s possible to play as the damsel ‘Erica’ saving the knight Eric. And if that seems weird, hey – I knew of a married couple of a Cary and a Carrie. But hey, I appreciate the subversion, and the game plays identically either way. 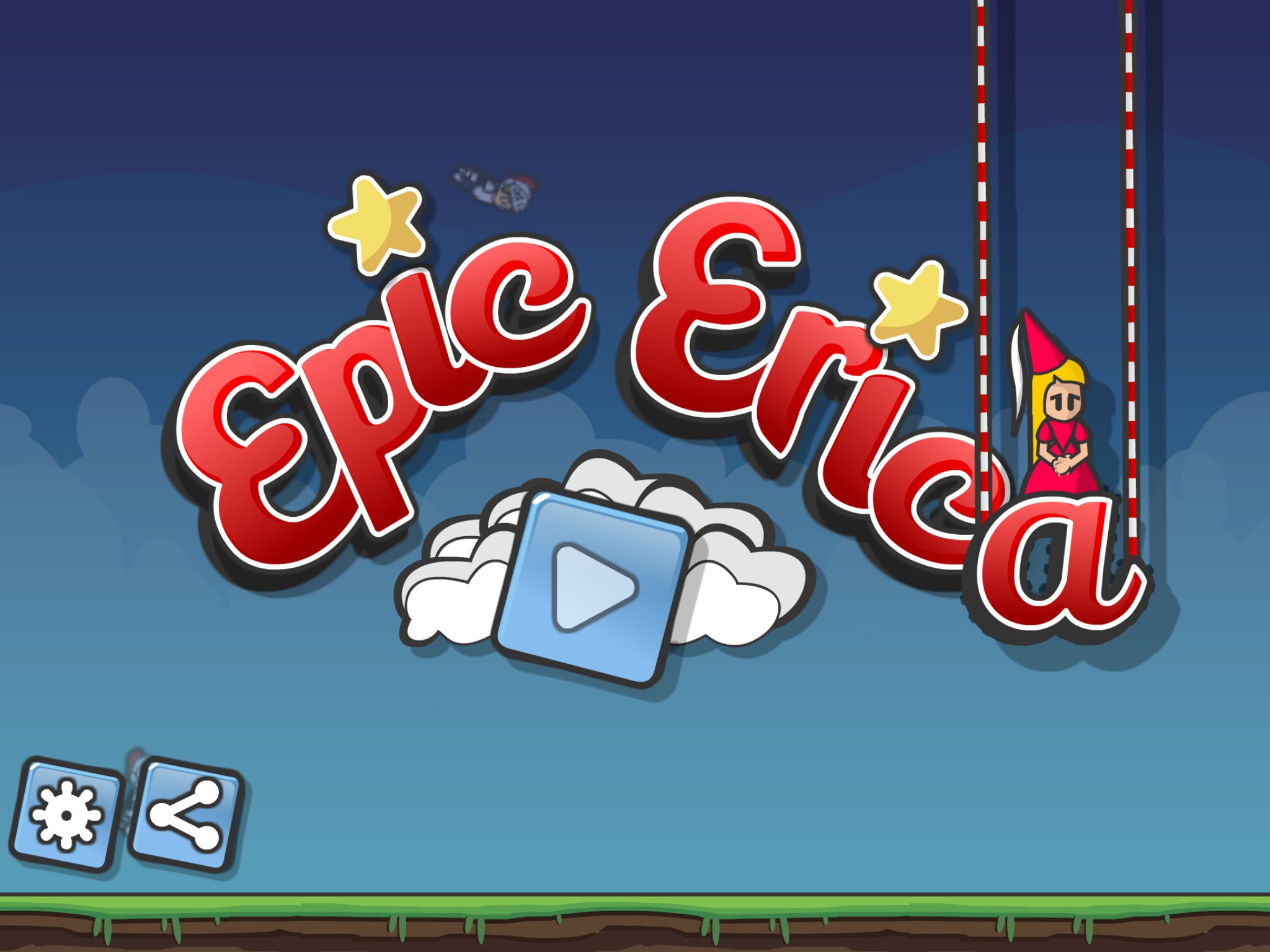 Unfortunately, Epic Eric is a little on the brief side. The 45 levels can be beaten in short order by skilled players. Even getting three stars isn’t necessarily that difficult; some of the third stars at the tops of flagpoles might require precise timing, but the levels are generally short enough that doing so isn’t all that difficult of an endeavor. At least this means restarting a level due to failure ins’t a problem, and the game restarts very quickly automatically at death, with a restart button in the upper-right corner when necessary. 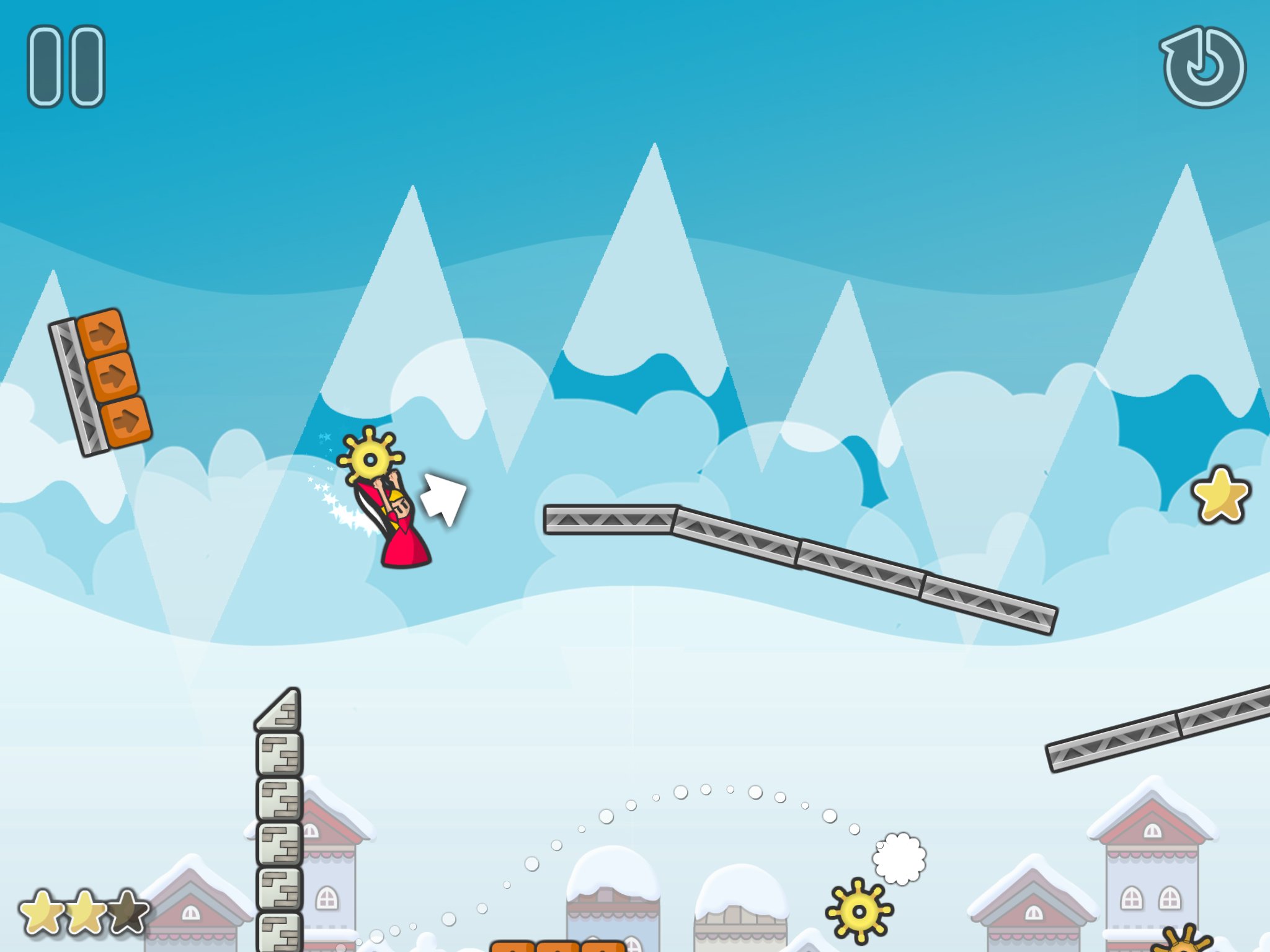 But I think the game could go a long way toward exploring its concept in promised future levels. Throw in levels with more challenge! Perhaps have levels with alternate objectives to explore the mechanics to a greater degree. One level late in the game has a way to get launched way off screen with the right timing; why not have a variety of these secrets, with rewards for finding them? I think there’s a lot that can be done with the game that isn’t being done yet.

I would love more from Epic Eric, both in terms of content and exploration of its concept, but hey, this can be quite the swinging romp.