Luca Redwood, creator of 10000000 ($2.99), has been working on a new game besides 10000000 sequel You Must Build a Boat, the asynchronous multiplayer game Smarter Than You. And soon, the world will get to play the game against each other and potentially take on the AI character M_E_T_I_S, as a release date has been announced for September 25th.

For those unaware, the game is a take on rock-paper-scissors, but with a communication aspect that modifies the moves in play. Each of the three moves (arrow, attack, and counter) has a random damage amount at the start of each round. Then, by forming a message from three words given, these can modify the damage done by each. It’s possible to lie to the opponent to try and get them to go for a move that would be ideal for you, like getting them to go for counter by preparing for attack, when arrow would beat that. Or, telling the truth and expecting them to figure you’re lying is a strategy too. 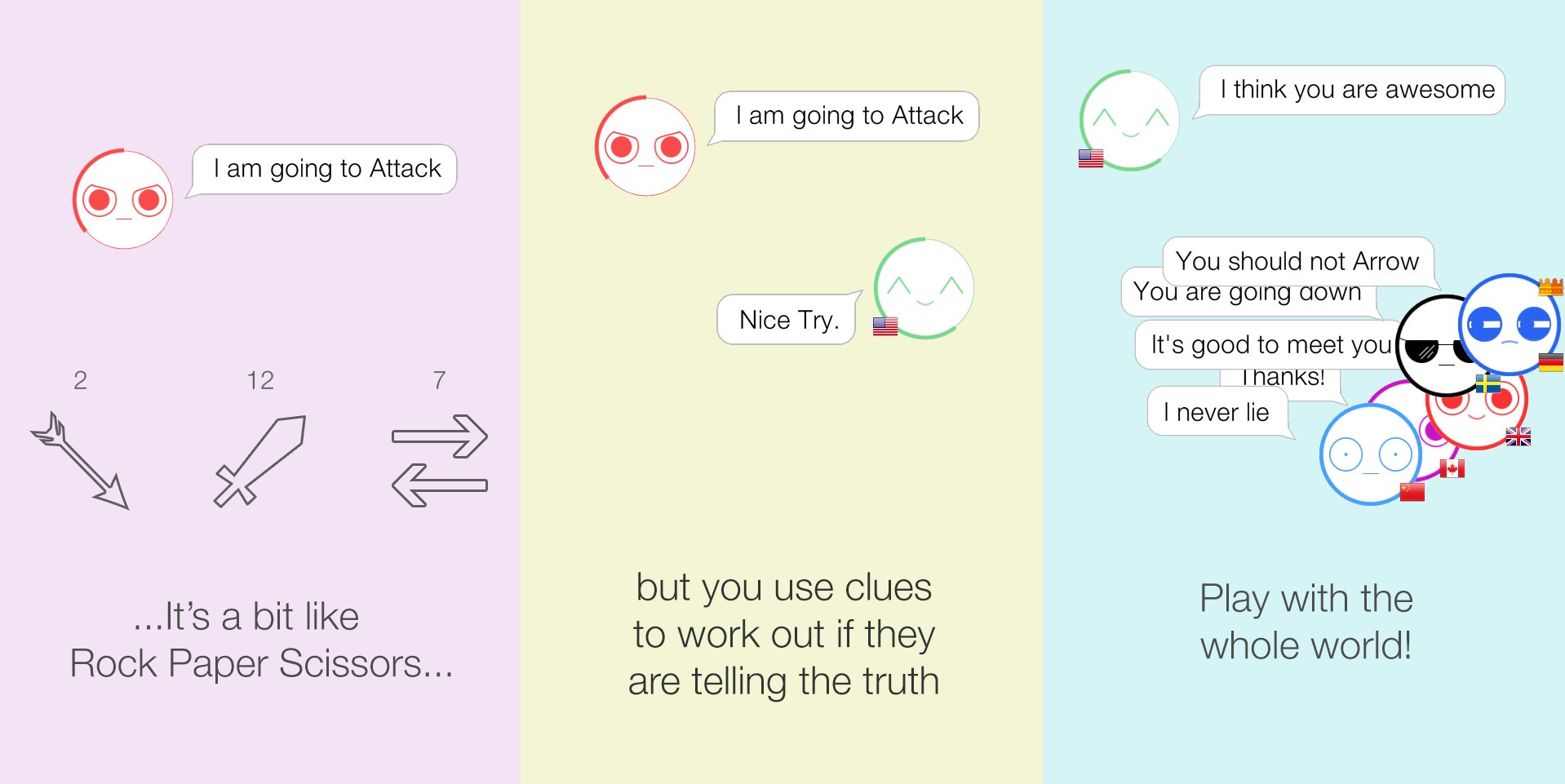 The puzzles surrounding the game eventually led to messages placed in spots around the world that revealed the ultimate goal of the game: that M_E_T_I_S, through learning players’ strategies, is aiming to beat players at a 65% rate. The prerelease version is just head-to-head through Game Center; the AI component likely comes in later. 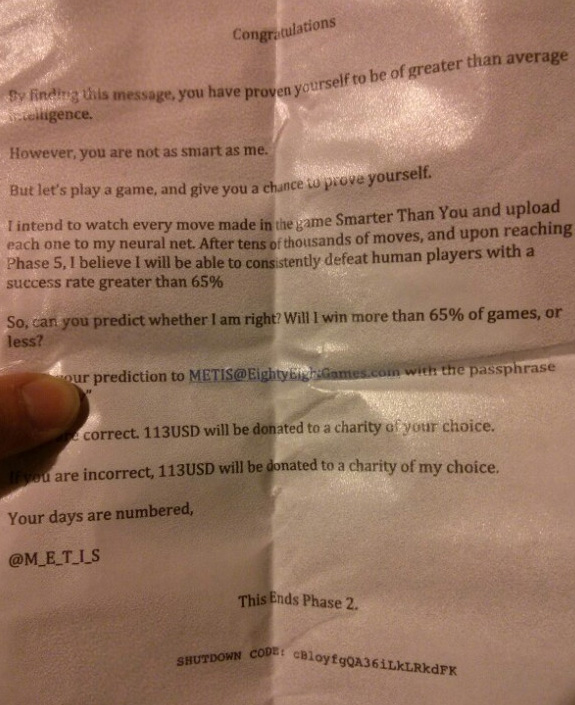 The game will be free-to-play, with a curious monetization method: tipping opponents at the end of matches. Essentially, the game does a roulette between 50%, 2X, and 3X bonuses, at random costs of free, $0.99, $1.99, and $2.99, so there should at least be some incentive to hit the button. Just how much money it makes? Good question! We’ll find out starting September 25th.