If you’re a casual Hearthstone (Free) player that’s been side-eyeing the “Curse of Naxxramas" expansion, you should act quickly to snag the first section: the Arachnid Quarter has been free since release, but that promotion only lasts until the end of the month. Come September 1, the price will jump to 700 in-game gold or $6.99, the same as the other four areas.

Brand new players will need to make sure they’ve played through the tutorial and unlocked each of the game’s nine classes before they can unlock the Arachnid Quarter, which offers three boss fights and two class challenges and will reward you with six new cards. Two of those cards — Haunted Creeper and Nerubian Egg — have been very popular in ranked and casual play since they became available at the end of July. Even if you decide you don’t care for ‘Curse of Naxxramas,’ getting two versatile, powerful cards for free isn’t so bad. 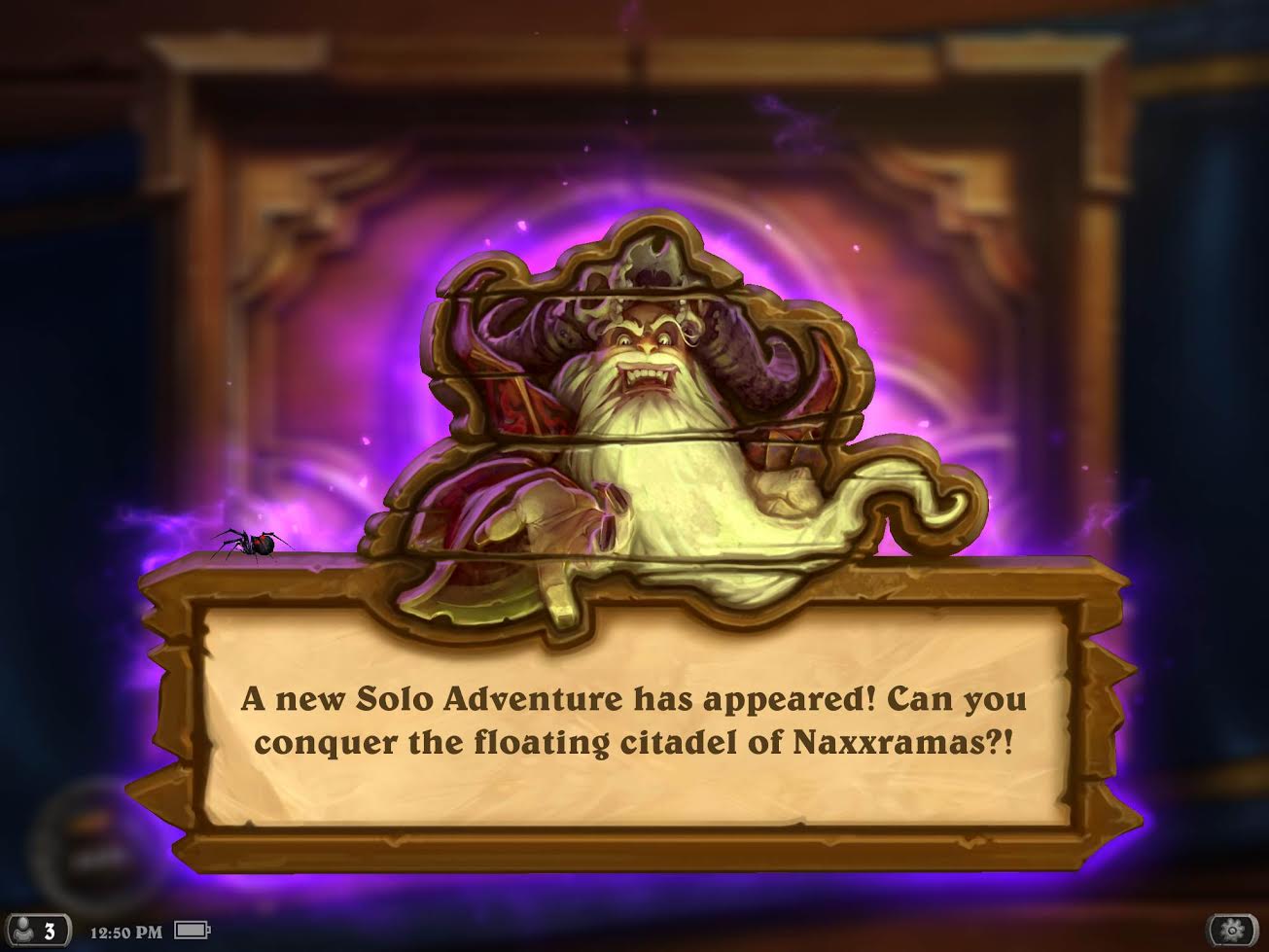 Should you decide to join us the Floating Necropolis, we’ve got a review, a collection of handy guides for each of the five wings, and a forum thread that’s 150+ pages long to get you started.

Whether you pay for ‘Naxxramas’ with gold, real-world money, or both, it’s a meaty, robust expansion that anyone playing Hearthstone should consider. I’ve been playing pretty regularly since March, and I still haven’t quite puzzled out the best strategies for the toughest boss fights. Get it while the getting’s good.