It’s been about a year since Re-Logic’s Terraria ($4.99) made its way to the iOS App Store courtesy of 505 Games, and today 505 has announced on the official Terraria blog that a major update for the game should be arriving this week. The update will add the oft-requested “Hard Mode" which is found in the desktop and console versions of the game. Hard Mode is activated by defeating the Wall of Flesh enemy, which will then “transform" the game adding “new biomes, new bosses, 20+ new enemies, 100+ new items, New NPCs" and will allow you to “Use the Pwnhammer to destroy Demon Altars and create new ores." 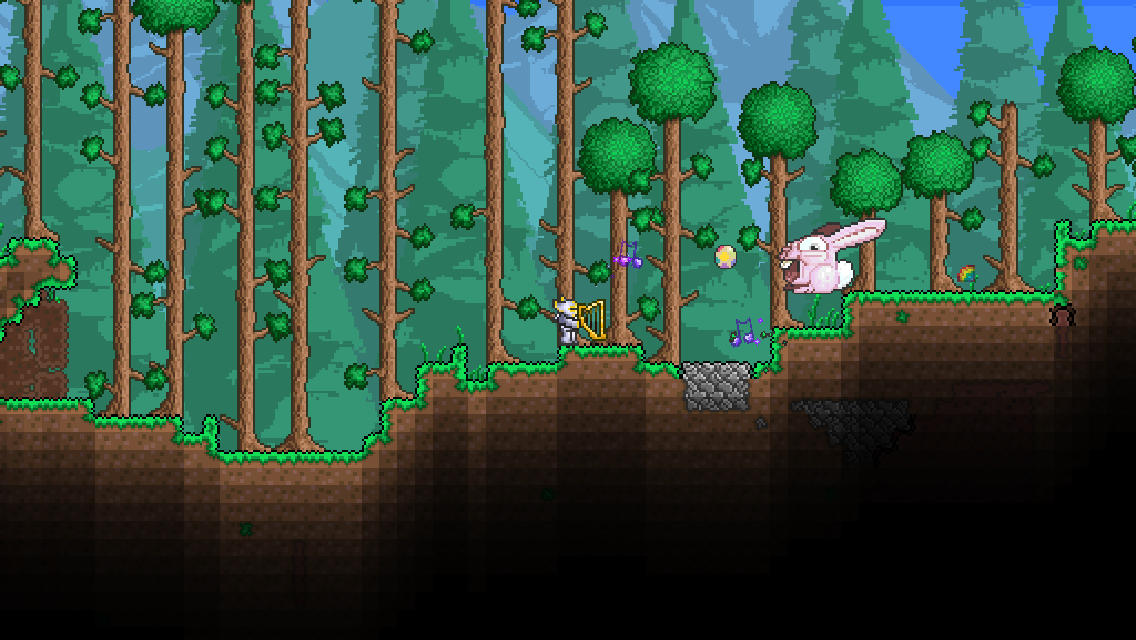 In addition to Hard Mode, the updated Terraria will feature a new tap-to-target aiming system as well as Everyplay support, which will allow you to record replays of your antics and share them with the world. We really loved Terraria when it launched on iOS last year, and it’s surprising just how well the game fits on mobile and how well it works with touch controls (though MFi controllers are supported too). This latest update is set to hit iOS any day now, and will bring it more in line with the bigger versions of Terraria on other platforms.