We’re going strong this week with some absolutely amazing games that you need to download and play over the weekend if you don’t already have them on your device. This list has three new games, and with the final wing of the Hearthstone expansion unlocked, it made sense to sit down and write a review for it, even if all the people who are interested already have it.

Sometimes it’s just nice to have a review because people like reading them. Here’s the best games we reviewed this week:

Hearthstone, Free [Review] – Curse of Naxxramas is without a doubt the coolest way I’ve ever seen new cards injected into the card pool of a collectable card game. The single player experience was awesome, the way you paid for it is ultra fair, and the weekly unlocks kept everyone coming back to the game for over a month. THIS is the way you do digital collectable card games, Hearthstone is the game to beat.

If you’re even vaguely interested in CCG’s, you’ve got to try this out. 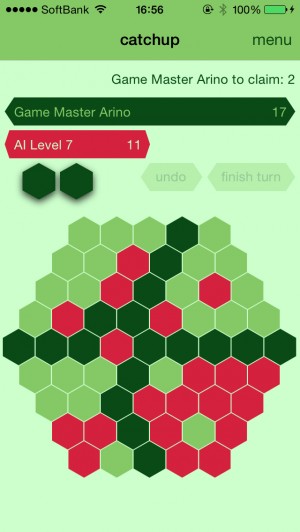 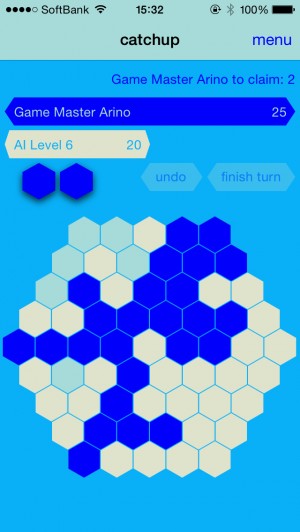 Catchup - Abstract Strategy, $2.99 [Review] – Catchup is a two-player game in which players take turns coloring in a specific number of hexes on a grid. The player taking the first turn can take just one, while on subsequent turns, you can take two by default. Just to throw an interesting wrench into the works, in certain situations, a player will be able to take three hexes in a single turn. Hexes are claimed until the board is completely filled, with the ultimate goal being to create a bigger group of linked hexes than your opponent. You can play against an AI opponent, another person on the same device, or against another player over the Internet through Game Center. 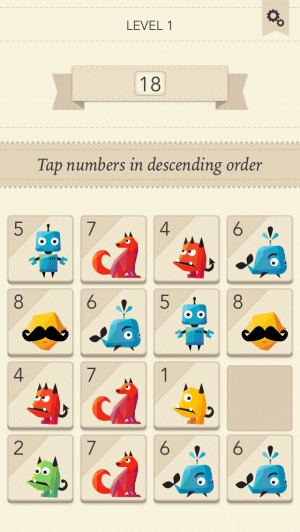 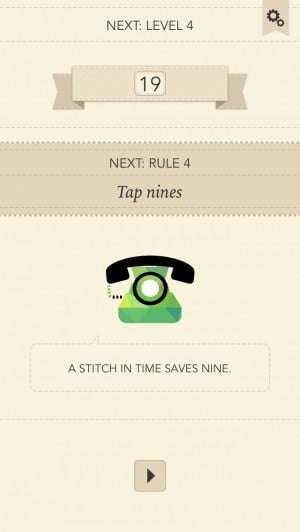 Rules!, $2.99 [Review] – Rules! has a very simple premise that you could probably make a good stab at just by reading the title. You’re presented with a board with 16 cards on it. The cards are numbered from one to ten, and each number has a picture associated with it. The game starts easily enough, asking you to tap the cards in descending order to remove them within a certain time limit. This is easy, of course, and the time limit is quite generous. After finishing the job, you’re presented with the next rule, which is to remove cards with a green picture on them. After that, you’ll have to remove cards according to the first rule to finish off the stage. The game keeps stacking rules on top and won’t remind you during play what that rule actually was, so you have to keep them all sorted in your head. If you can clear ten boards without running out of time, you’ll start another set with fresh rules and new cards added into the mix. You simply play until you run out of time, seeing how far you can get. 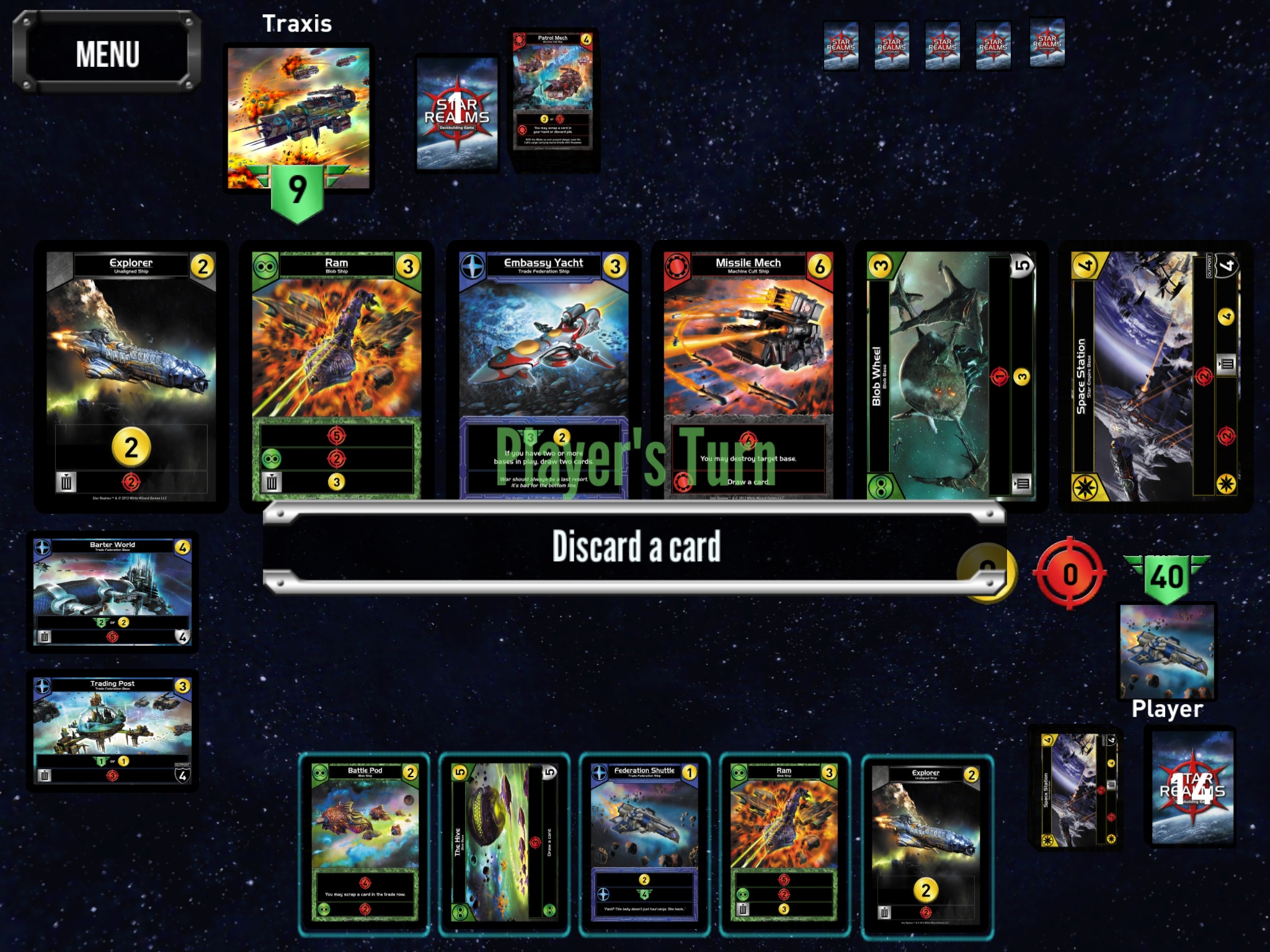 Star Realms, Free [Review] – Star Realms is a newcomer to the deck building scene. It’s creators, however, are not. White Wizards are kind of like the A-Team of the card game universe. The next time I get in trouble and mobsters/the government threaten to steal my house if I can’t develop a card game, I’m calling these guys. Stay with me now, my point is that this game has some serious chops. The flow and tempo of the game is amazing. I never feel like I have completely useless rounds even when I draw a bad hand. I also feel less locked into a strategy, a good card can still be a good card if it doesn’t 100% match your overall game plan. Instead, the game gives you oppotunities to strategize on the fly that make previously released games, like Ascension, feel like a gridlock by comparison.