Nival, creators of Defenders (Free), known as Prime World: Defenders outside of iOS, and King’s Bounty: Legions (Free), have announced Etherlords, coming September 4th for iOS, boldly forgoing the “Title: Subtitle" format of their previous games. As well, they’re trying to make a free-to-play game that is much more player-friendly than similar titles.

Etherlords features two distinct phases: a 3-on-3 RPG battle system, where players use their creatures to try and win matter. Combat is somewhat automated, but with various character abilities that can be triggered every so often. Then, there’s the world-building portion, where earned matter can be used to build out each level, discovering new creatures and progressing further to new battles. It’ll be possible to fight other players and fuse creatures to make them stronger. 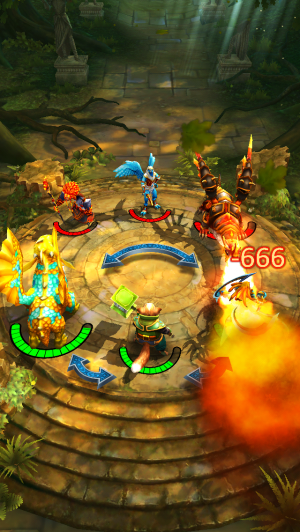 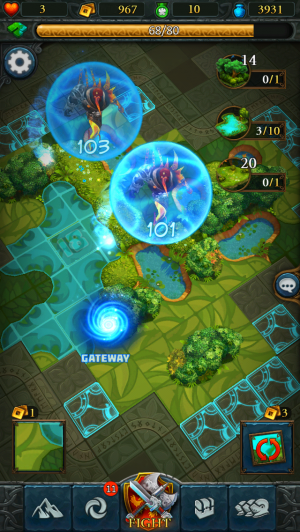 Etherlords will be free-to-play, but will eschew some of the most annoying tactics that games of the business model tend to use: Nival is promising that the game will have no energy mechanic at all. A constant internet connection will be unnecessary, too: even for PVP modes, which will work a kind of development trickery to work offline.

The game is scheduled to release for free on September 4th, and should prove to be a bit more interesting of a free-to-play RPG battler than most in the genre.