Hello, gentle readers, and welcome to the very first edition of RPG Reload. In what I hope will be an ongoing regular feature, each week I’ll be shining some light on a different iOS RPG. These are not reviews. Many of the games I’ll be talking about already have reviews on the site, some even written by me. Instead, think of this column as a chance to revisit an old friend, catch up on how it’s doing, and reflect a bit on it. I hope to cover all kinds of RPGs here, whether they are ports or originals, JRPGs or WRPGs, action RPGs or strategy RPGs, famous or unknown, new or old, or anything in between. I absolutely encourage you to fire up the game, give it a play, and share your thoughts in the comments below. It’s fun to play along! Just to underline how much I want this to be a community thing, once a month I will be playing an RPG selected by you. Simply head down to the comments and nominate the RPG you’d like me to feature. I’ll tally the votes over the next few weeks and the winner will be the subject of RPG Reload File 004. Captain Planet was right, the power is yours!

I thought I’d kick off this column with something I replayed just recently for fun, Square Enix’s Chaos Rings ($6.99). It helps that it’s both a pretty big title and, I feel, of historical value to iOS RPGs. Chaos Rings wasn’t Square Enix’s first release on iOS by any means, but it represented a certain commitment of resources to the platform that made it significant. This wasn’t a gimmick game or a port, but rather a lengthy, fully 3D original JRPG with the biggest name in RPG publishing attached to it. The game launched on April 20th, 2010, and you can do a little time traveling and read the TouchArcade review written by the excellent Mr. Jared Nelson here if you like. Suffice it to say, it was a very well-received game, and with good reason, in my opinion. 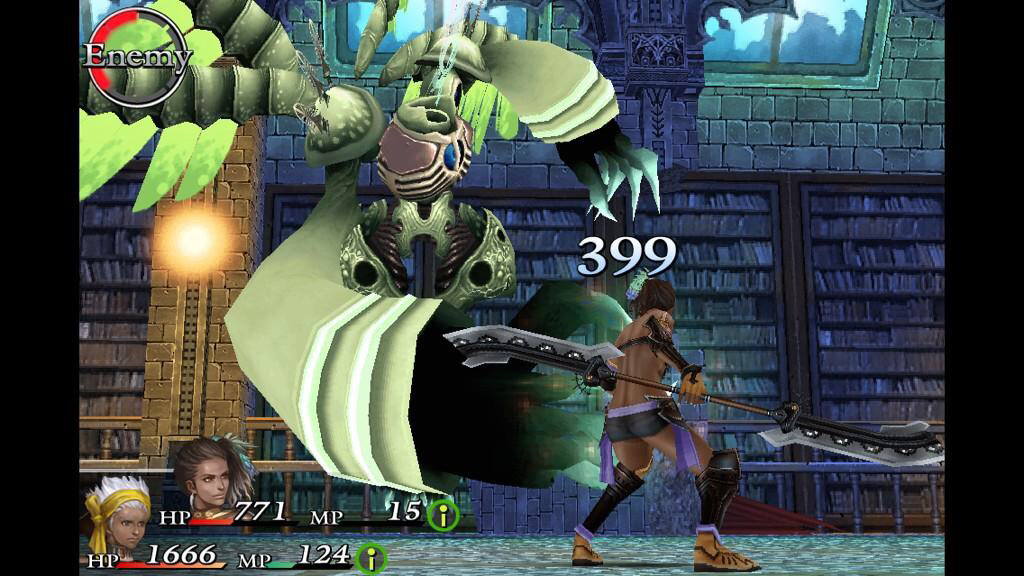 Of course, for how much was made of Square Enix making an original JRPG for iOS, it wasn’t actually developed internally. While Square Enix certainly oversaw things and had a few employees in on it, the bulk of development on Chaos Rings was handled by Media.Vision, the team behind the fairly popular Wild Arms series of RPGs on various PlayStation consoles. They also developed the Xbox platformer title Sneakers, but we don’t talk about that. Media.Vision has a lot of experience and a good bit of success in the RPG genre, and it clearly shows in Chaos Rings, a great adventure that is parceled out in tiny, digestible chunks intended to suit the mobile gamer’s lifestyle. With excellent character art by Square Enix’s Yusuke Naora and a fun story full of twists written by Synthese’s Yukinori Kitajima, it’s not surprising that the game proved to be a big success, launching a series that is still running today.

That was more than four years ago, however, and as mobile gamers know all too well, this market grows and changes quickly. There are a ton of choices in the RPG genre, and as with any trailblazer, there’s certainly a risk that Chaos Rings could come up short against more modern offerings. In firing it up for the first time on a 4-inch display, the dead zones on the sides immediately caught my eye. It’s only a minor nuisance, but it’s a firm reminder that Square Enix likes to updates things on its own schedule. That said, in the years following its release, the game was updated for retina displays, multiple extra languages were added, and full Japanese voice acting was introduced. Most importantly, it still runs just fine, which is more than many sparsely-updated games from four years ago can say. Maybe in the future we’ll get 4-inch screen and MFi support. 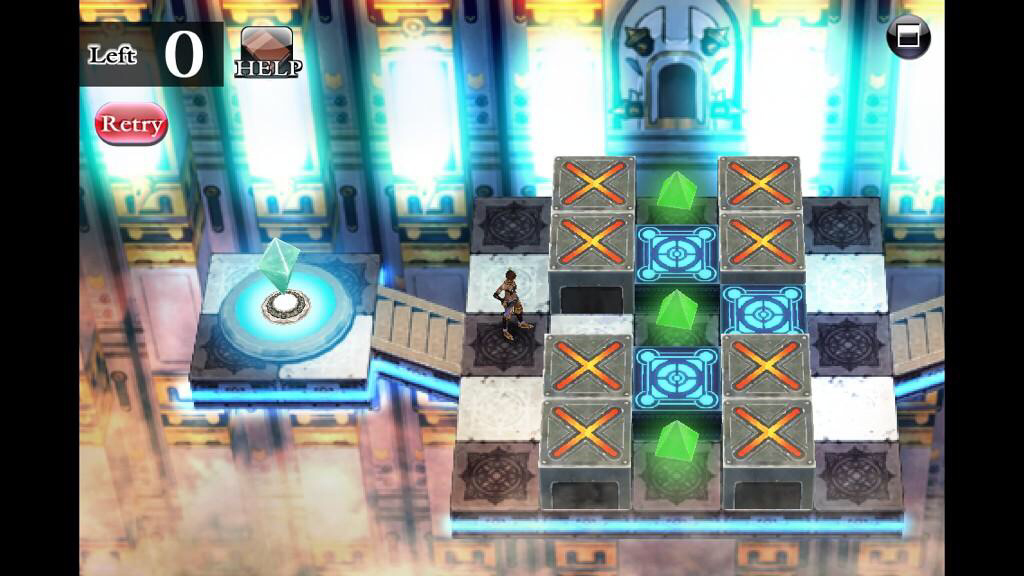 The game itself holds up very well, I feel. The story lacks its initial impact, but that’s to be expected. The first time through the game is pretty special, as layers of the onion are peeled back one-by-one until you finally have a proper understanding of what the Ark Arena is really about. I think a lot of players stopped after playing through with one couple, but if you did, you missed out on the actual story of the game. Since I’m going here, this is your one and only spoiler warning. If you don’t want to know the plot of Chaos Rings, don’t read the rest of this paragraph or the one after it. I think most everyone is aware that you can play through the game with four different sets of couples, and the assumption a person might make is that it simply lets you see the same story from a different perspective and get a different ending. You finish the game, probably with Escher and Musiea since they’re first on the selection screen, you get your ending, you watch the credits, and there’s some business about extra areas opening up, but you’re busy and don’t care about the usual crazy stuff RPGs throw as post-game content, so you declare Chaos Rings to be finished. Maybe the next time you get a hankering, you’ll try a different couple, but how different could it be, anyway?

If you follow the order that the couples are in on the selection screen, you’ll choose Zhamo and Eluca next, and in most ways, it does indeed feel like the same story again. Maybe you notice that Escher and Musiea seem a little friendlier than you remember, or that there’s a bit more animosity between Zhamo and Eluca than you saw from Escher’s side, but that’s all just off-camera stuff, right? Naturally, the ending turns out quite differently, but all in all, it still feels like you’ve just seen things from another angle. Once you move on to Olgar and Vahti’s tale, however, it quickly becomes apparent that this is not the same scenario you’ve seen before, and even the people seem fairly different. You might be curious enough now to load up one of your finished runs with the other couples and see what that extra door is all about, and before too long, it’s quite apparent that this isn’t a Rashomon-like multiple-perspective take on the same plot, but rather, it’s one continuous story that spans parallel universes. It all winds up in a very predictable way, far more typical than the ending you first got, but the trick is a satisfying one. 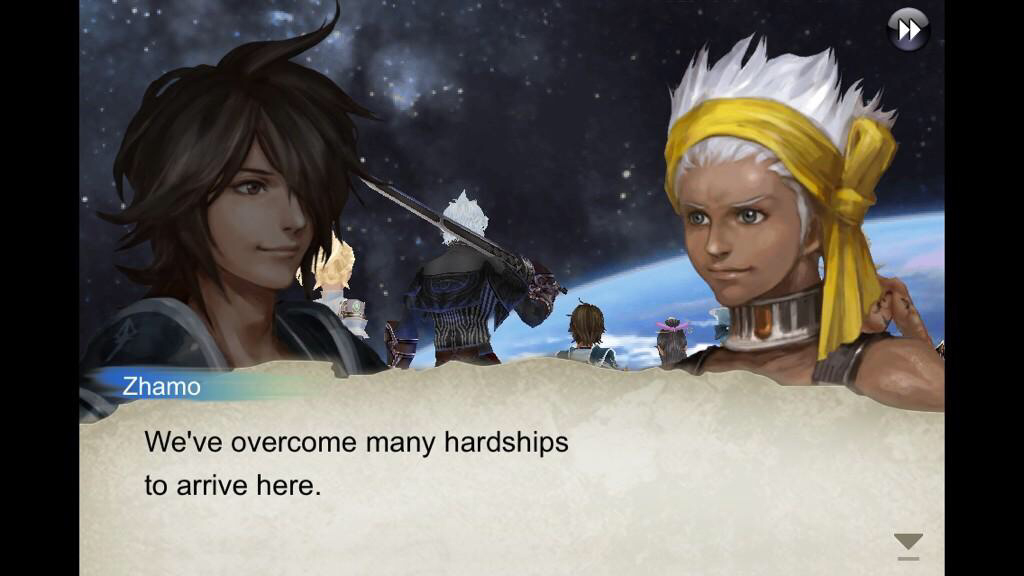 Once you catch on to what the game is doing, playing with the other couples feels less like a chore and more like reading the next issue of a truly exciting comic book series. It’s a clever trick, and a necessary one, because while this was a relatively big budget project for an iOS game at the time, it’s obviously working with pocket change compared to console or even dedicated handheld RPGs. The game’s basic structure seems built around this, with a small hub area that warps you into and out of a handful of larger stages. Though each couple plays through the stages in a different order with different puzzles included, the stages themselves, along with the bosses, are exactly the same each time. There are also very few types of enemies, with palette swaps used liberally to inflate the enemy count. Clearly, asset reuse was a priority, but because the story has replays built into it in an interesting way, the game gets a lot of mileage out of very little.

It should be noted that those replays go by pretty quickly thanks to being able to carry over your gene plates, and going through the game a second time entirely, it’s even faster, the kind of RPG you can crank out over a lazy weekend and still have lots of time to hang out with your family. The level-based structure is very friendly towards stop and go play sessions, but you probably won’t want to take too long of a break, lest you forget some of the dangling threads of the story. The worst thing I can say about the game’s setup is that the hardest part of the game is in the very beginning, when you have few abilities, while the rest of the game is, for the most part, very easy. Once you have a good selection of gene abilities and a big cash buffer built up, you’re ready for almost any situation, though Olgar and Vahti’s story does throw a very interesting spanner into the works. I think the developers made the right call given the assets they had to work with, but the last bosses really should have been a bit more threatening, I think, especially after all the build-up. 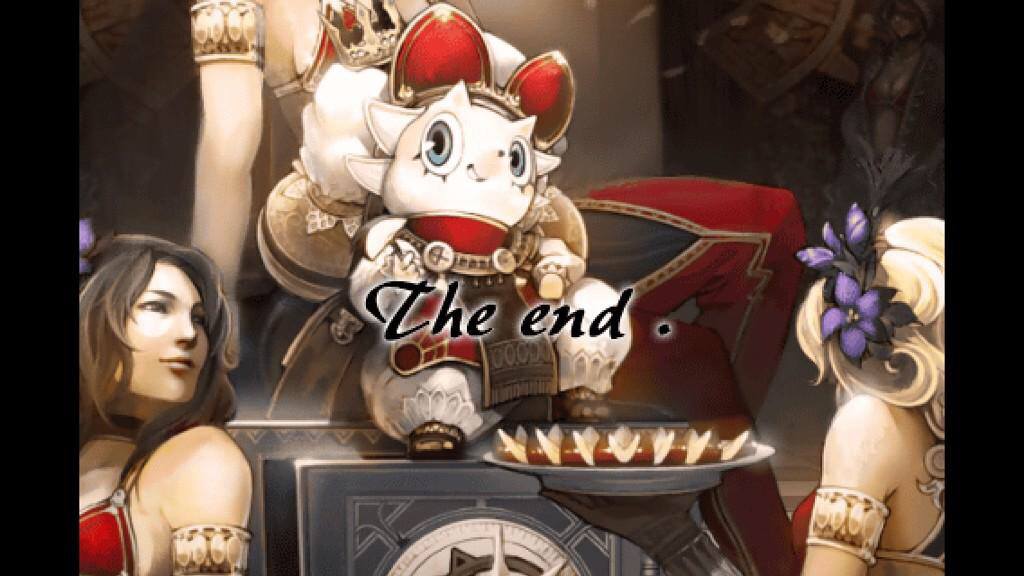 Chaos Rings still looks surprisingly good, too. It has certainly been surpassed, but I think the game is still quite beautiful. Some elements of the prerendered backdrops look a little jaggy on retina displays, but there’s not much to be done about that. The art direction is really strong, the character models are good, and the prerendered backgrounds are full of little details that raise questions you’ll never get answers to, something I am quite fine with. Yusuke Naora’s character designs give the game a very unique feel, and I’m going to miss his work in the upcoming Chaos Rings 3. I feel like the Chaos Rings series represents some of his finest work. The voice work that was added in the 2.0 update is pretty decent stuff, very typical of shounen anime, though since it’s all in Japanese, the quality probably doesn’t matter much to English players. A lot of people didn’t like how the addition of the VA inflated the size of the app, and while I agree it might have best been left as an option, I think it does add a fair bit to the game’s atmosphere, particularly the haunting voice of The Agent.

For me, Chaos Rings is still a relevant entry into the genre. The gameplay may not have much sizzle to it, and in broad strokes, the story setup is almost certainly cribbing from Battle Royale, but its snappy pace, interesting characters, fun twists, and well-done melodrama are still a good time even today. Although I think both of its sequels surpass it in overall quality, it’s worth pointing out that neither of them attempted to use the same structure as Chaos Rings, lending this installment a unique feel that is unlikely to be replicated. You can’t pull the same trick twice, after all, and get the same impact. I would definitely say Chaos Rings is a recommended RPG reload. What do you think? I want to know, so please leave your comments below, and don’t forget to vote on which RPG you’d like to see me play and write up for the reader’s choice installment. Thanks for reading!