Back in October of 2011, Rocketcat Games blew our collective minds when they released Mage Gauntlet (Free) on the iPhone. No but really, Mage Gauntlet was a fantastic homage to 16-bit era action RPGs and we enjoyed it tremendously in our review. In the few months following release, several updates were released for Mage Gauntlet that tweaked things, fixed things, added some new things, and most significantly updated the game with Universal iPad support. But that was really the last time Mage Gauntlet got any serious update love, and ever since the iPhone 5 debuted in September of 2012, it’s felt like it’s sorely missing support for 4-inch widescreens.

For a small studio like Rocketcat, it’s tough to spend time, money and resources going back and working on an older title, especially with how much time they’ve put into finishing and releasing, and then updating and maintaining their Mage Gauntlet spinoff Wayward Souls ($7.99). But fans of Mage Gauntlet have been clamoring for widescreen support for what feels like forever, so finally Rocketcat decided to just hire an outside studio to tackle the work involved in making the game widescreen, and over the weekend the widescreen update went live in the App Store. 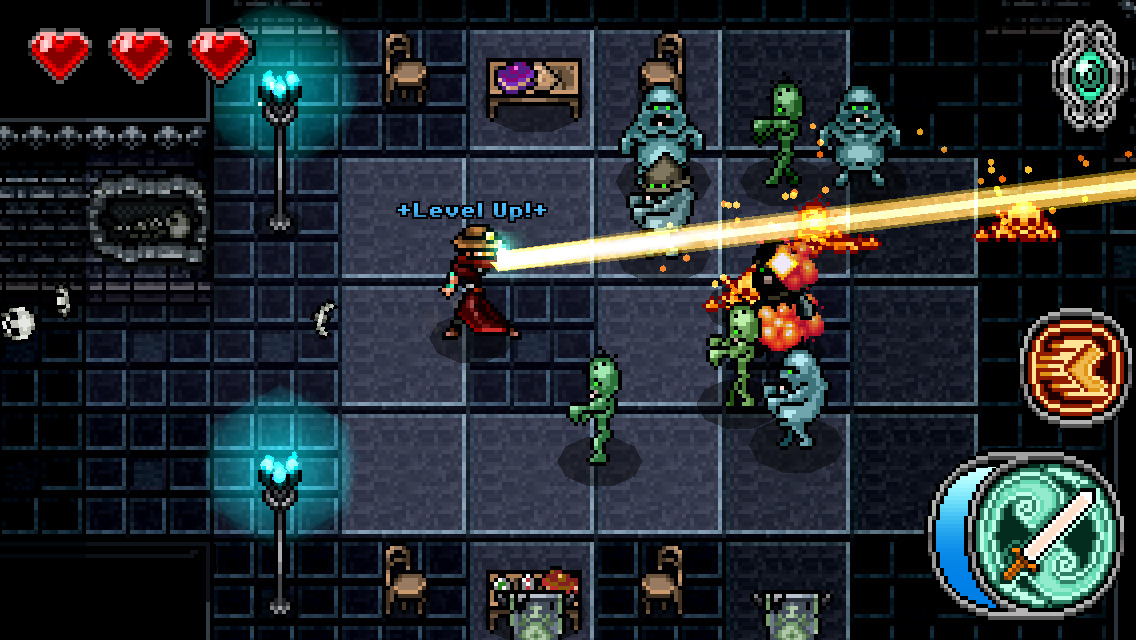 Now, there’s a small caveat that goes with this widescreen update. Not everything in the game has been given the 4-inch treatment, namely the title screen and overworld map are still the same aspect ratio they’ve always been. But when you’re actually playing the game, where it really counts, it’s totally widescreen, and it’s glorious. I actually fired up Mage Gauntlet not too long ago to play through it again gearing up for the release of Wayward Souls, but I found the black borders on my iPhone to be a total turnoff. Now that it has widescreen support, I’m really stoked to start from scratch and play through the whole amazing experience once again.