Appeals to nostalgia have become something of a commodity these days in video games. With the generation of kids who grew up on 8- and 16-bit sprite-based games all grown up and making their own games, the relatively low cost of producing assets in the style compared to assets that push the bleeding edge of technology, and the generally favorable response from an audience pining for the carefree days of their youth, it’s not really a surprise that what once was a rare treat has now become commonplace, particularly in indie and mobile circles. The most common way games tip their hats to the past is in the presentation, using graphics, sound, and music that reflect popular hardware of the past, such as the NES and the Spectrum.

Perhaps fortunately, few of these games go beyond the presentation in their quest to recapture the essence of games from 25+ years ago. Game design has made some serious strides over the years, and that is typically reflected in the gameplay of many faux-retro games. Oh, they’re certainly happy to give the occasional nod to particular fondly-remembered quirks, but they largely iron out the things that few people would stand up for. This is especially noticeable in games that look to Nintendo’s Game Boy for inspiration. You can give a game a greyscale palette with a creamed-spinach tinge and a 2-channel 4-bit soundtrack, but the result only looks and sounds like a Game Boy game, a sort of rose-colored look back that perhaps fits the point of nostalgia. These games almost never reflect the design sensibilities that resulted from the Game Boy’s limitations, chief of which was that sort of terrible LCD screen it sported. 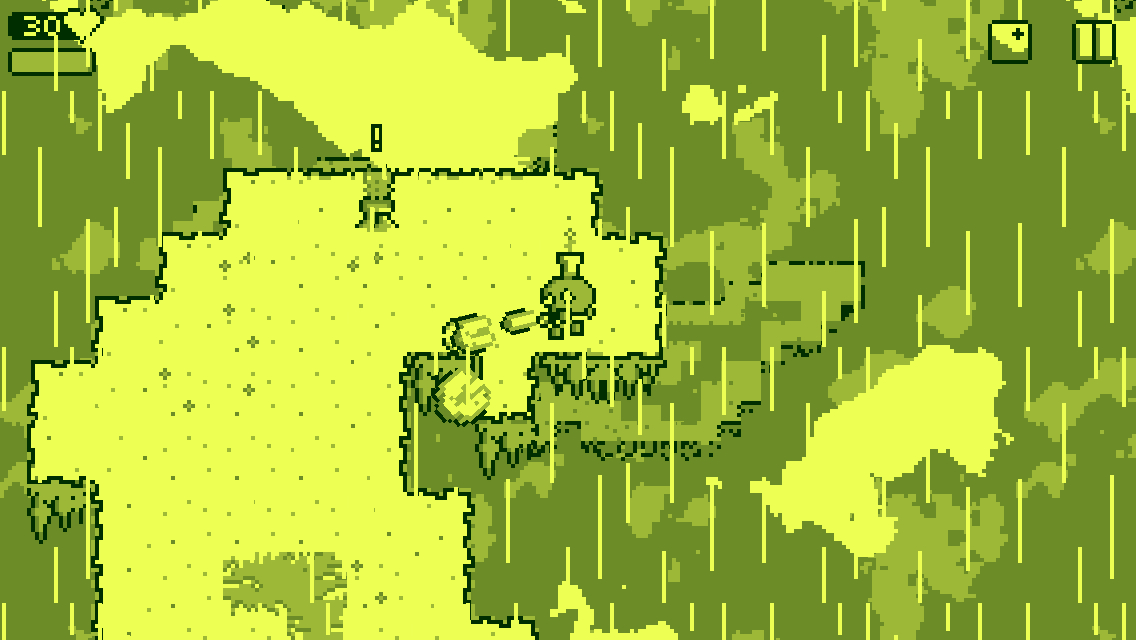 The Game Boy screen had a lot of trouble with moving objects, resulting in a blurry image that got worse the faster things moved. As a result, a wise designer on the Game Boy made games with a more methodical pace, minimizing the effect of that blur on gameplay. Going back and playing those old games now on modern screens, they feel a bit slow, an interesting difference from NES games considering the relative power similarity of the two. It’s understandable that faux-retro games don’t usually imitate this aspect, but the result is something that may look the part of a retro game, but doesn’t actually feel like one. Whether that’s a good thing or not falls to the individual, but it’s definitely interesting to run into a game like Super Scrapped Robot (Free) that leans more towards that classic feel.

That’s not to say that Super Scrapped Robot is the exact image of a lost Game Boy game, since it’s doing a lot of thing that the Game Boy couldn’t do or would be unwise to attempt, but it almost perfectly nails that slightly sluggish pace of action games from that era. It’s a stage-based twin-stick shooter that forgoes the usual zippy pace of the genre for something a bit more laid back. Playing the game from start to finish doesn’t take all that long. Although the game has a large assortment of stages, you’ll only ever see a handful of them on any given playthrough. The game will throw a random stage at you, then the first boss, then another randomly-selected stage, followed by the second boss, and so on until you reach the final boss and the ending. 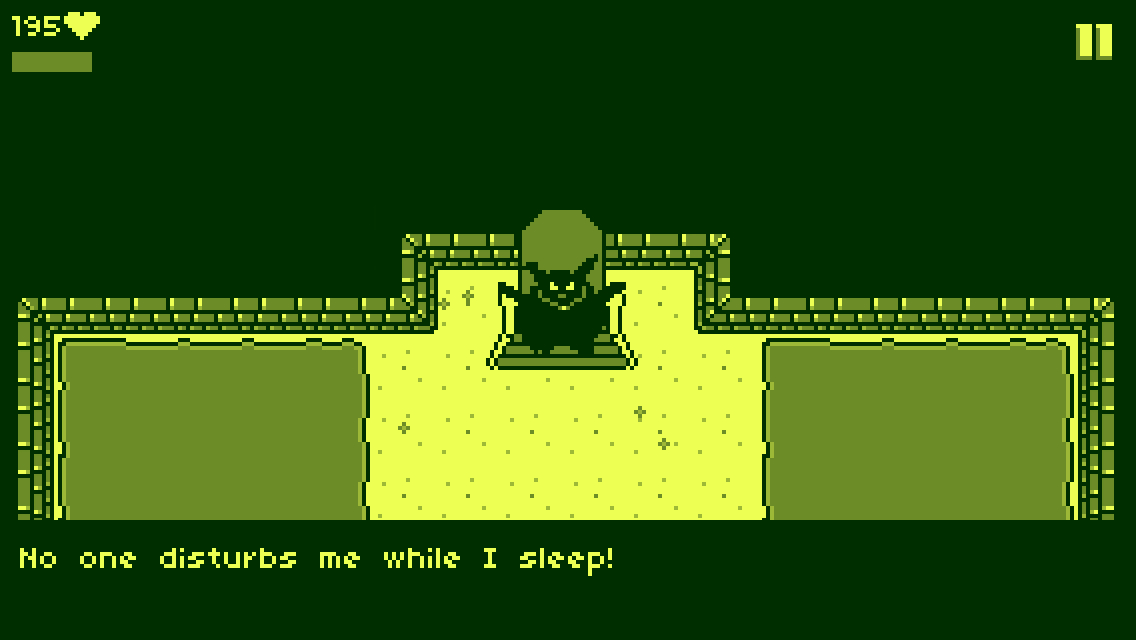 Each boss you take down will earn you a new hat, changing your weapon until you either defeat the next boss or die. Sometimes these weapons are a big improvement, but almost as often they are more difficult to use and less effective against the situations you’ll face, but whichever type they are, you’ll have to learn to deal with them. Like the bosses themselves, the weapons you’ll receive are fixed, so you’re not going to weasel your way out of the worse weapons with a stroke of luck. Your character starts with 100 health, with different attacks taking off varying amounts of damage, but you only get one life to clear the game with. It’s very important to pick up the hearts enemies drop if you want to go the distance, because Super Scrapped Robot is a very challenging game.

Some of that is owing to your character’s relatively slow movement and constantly-overheating gun, while the rest comes from the aggressive enemies, who frequently will lob shots at you from off-screen. You’re not equipped to charge in, guns ablaze, but that’s just what you’ll have to do a lot of the time to survive. Bosses are especially tough, since they love to shower you with bullets, giving you very little wiggle room to fit your chunky robot into. It’s also very possible for the random nature of the stages to throw a serious wrench into your progress, sending you all the way back to the start. If this were a longer game, it would be absolutely infuriating, but given its short length, death is usually enough of a blow to make you upset, but not discouraged. 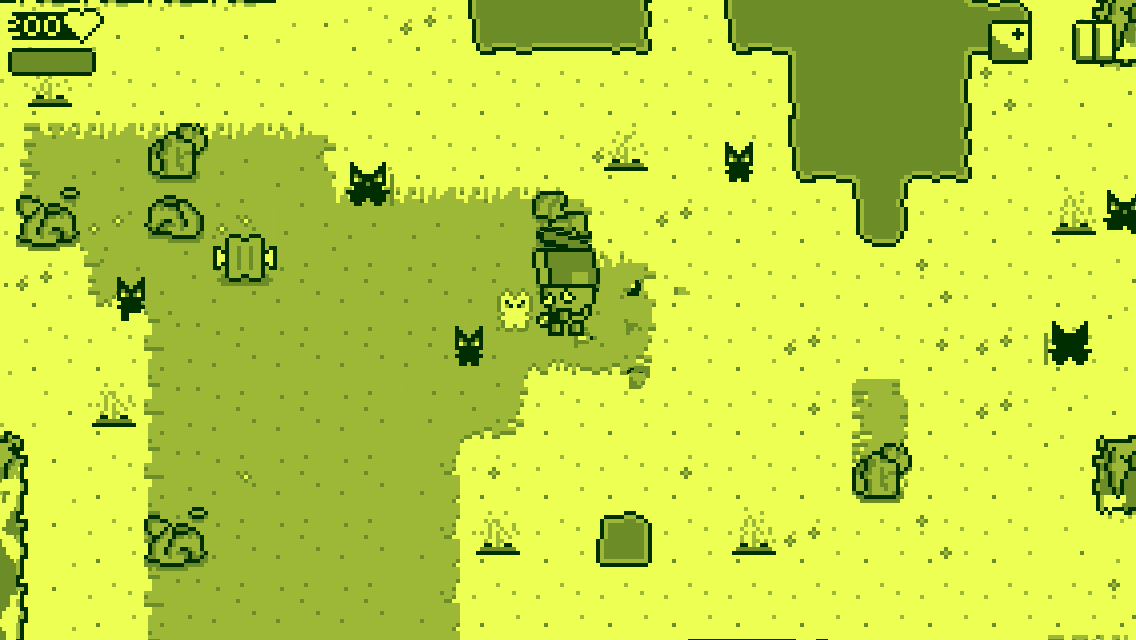 One of my favorite things about this game is the variety of stages you’ll come across. Oh, you’ll always be shooting the same few enemies on the same backdrops, but there are lots of different things to accomplish depending on the level. Sometimes you’ll have to kill a certain number of an enemy type, sometimes you’ll have to collect a certain object somewhere in the stage, and other times you’ll have to solve some sort of simple environmental puzzle. The instructions for each stage are given to you by an owl you’ll find near your starting point, and some of the stages have little bits of dialogue or animation to spice things up. The game’s humor is very tongue-in-cheek, and while it probably won’t ever make you laugh out loud, there are plenty of reasons to smile.

You can enjoy the main game for free, but if you want a few more options at your disposal, you can pay for an IAP. What’s interesting is that there are several price levels to choose from, but all of them unlock the same things in-game. You can choose what level of support you want to give, or how much that IAP is worth to you, to look at it another way. Whether you throw in $0.99 or $4.99, you’ll have access to some Super Game Boy-style color schemes to choose from, a cheat menu that allows you to make the game easier or harder if you want, and a special challenge mode where you can compete against other players. These extras are definitely worth having if you’re enjoying the main game, with the appropriately garish color schemes doing a nice job of imitating Nintendo’s odd palette choices, and the cheat menu allowing you to mess around with the game in some fun ways. All in all, it’s an incredibly consumer-friendly pricing scheme, and I hope it works out well for the developer. 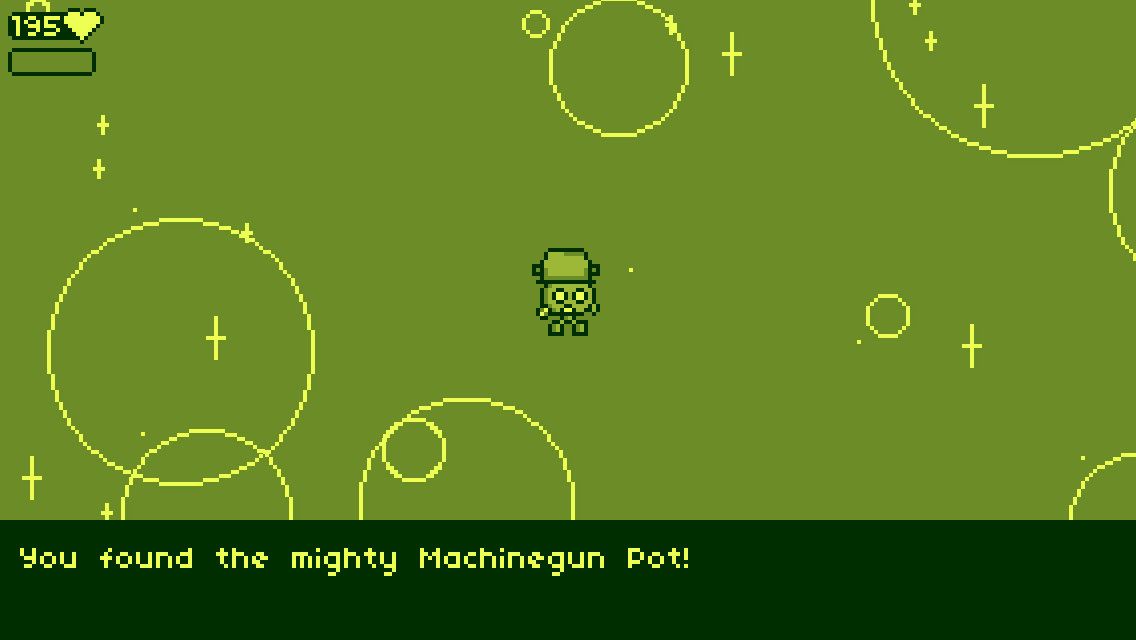 Between its sights, sounds, design, and feel, Super Scrapped Robot does a better job of feeling like an actual Game Boy game than most that make the attempt. That doesn’t necessarily make for the best possible game, but there’s no question that the game has a certain novelty that helps it stand out from the packed crowd of twin-stick shooters on the App Store. It’s worth your time to check out if you enjoy this type of shooter or have a special fondness for Nintendo’s old brick, and since it’s free, you’ve got nothing to lose beyond that spent time. You’ll probably only squeeze an hour or two out of the game before the fun starts to run dry, but perhaps that too is a cute bit of faithfulness.