The first Hearthstone (Free) expansion is here, and if all you care about is unlocking all the cards as quickly as possible, you can beat everything that provides card unlocks in less than a half hour. The first wing, the Arachnid wing, features three bosses: Anub’Rekhan, Grand Widow Faelina, and Maexxna. With the right deck, they’re all really easy. If you want to figure this stuff out on your own, don’t read this, obviously.

Each of the three bosses have abilities and cards in their decks that make the late game really scary. The good news is, the “zoo" deck type is super cheap to build, and very effective. The idea behind a zoo deck is to just rush your opponent with lots of low casting cost minions and reduce their health to zero before they can start playing their big cards. I cleared it all using a basic Murloc deck, I’m partial to the one Hearthstone Twitch celebrity Trump runs. Here’s the deck list and here’s what it looks like in action. 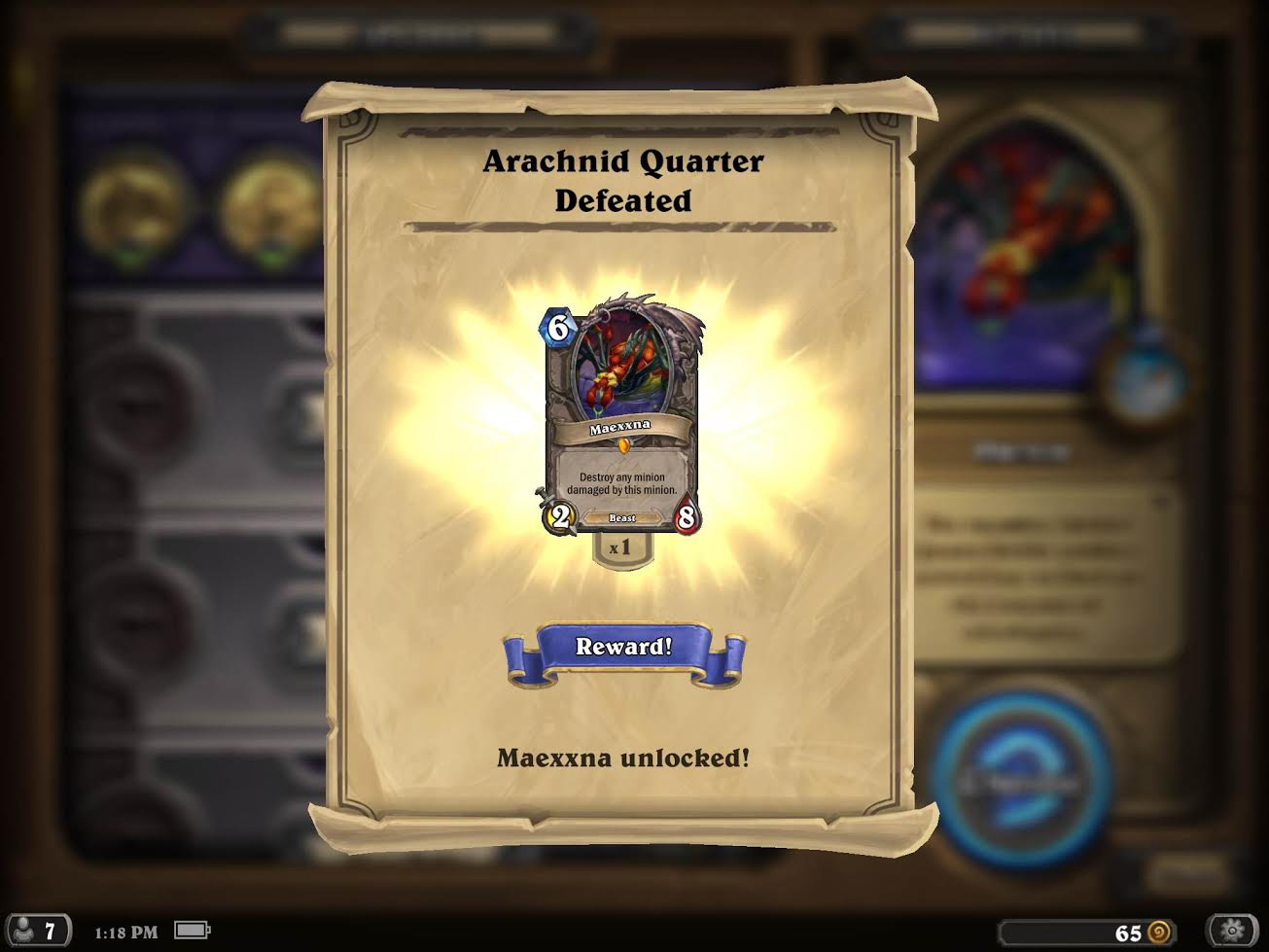 If you don’t get an explosive start, there’s no penalty to starting over, so if you can’t mulligan a particularly strong starting hand, just try again. You’ll want to just be attacking the enemies directly and largely disregarding any minions on the board as zoo decks typically run out of steam if your guys start dying. If you’re not in to the whole murloc thing, there’s a ton of other zoo decks you can try.

The class challenges are pretty simple, and rely on you discovering the gimmick of the premade deck you’re running and exploiting it. The druid challenge is full of random cards that can buff minions and Stoneskin Gargoyles. What makes Stoneskin Gargoyles so good is their ability: At the start of your turn, restore this minion to full health. Pump ’em up, and they’ll stick around. For the druid challenge, just mulligan or restart until you’ve got at least one Stoneskin Gargoyle and one Mark of the Wild in your hand. Cheese that Gargoyle ability to victory. 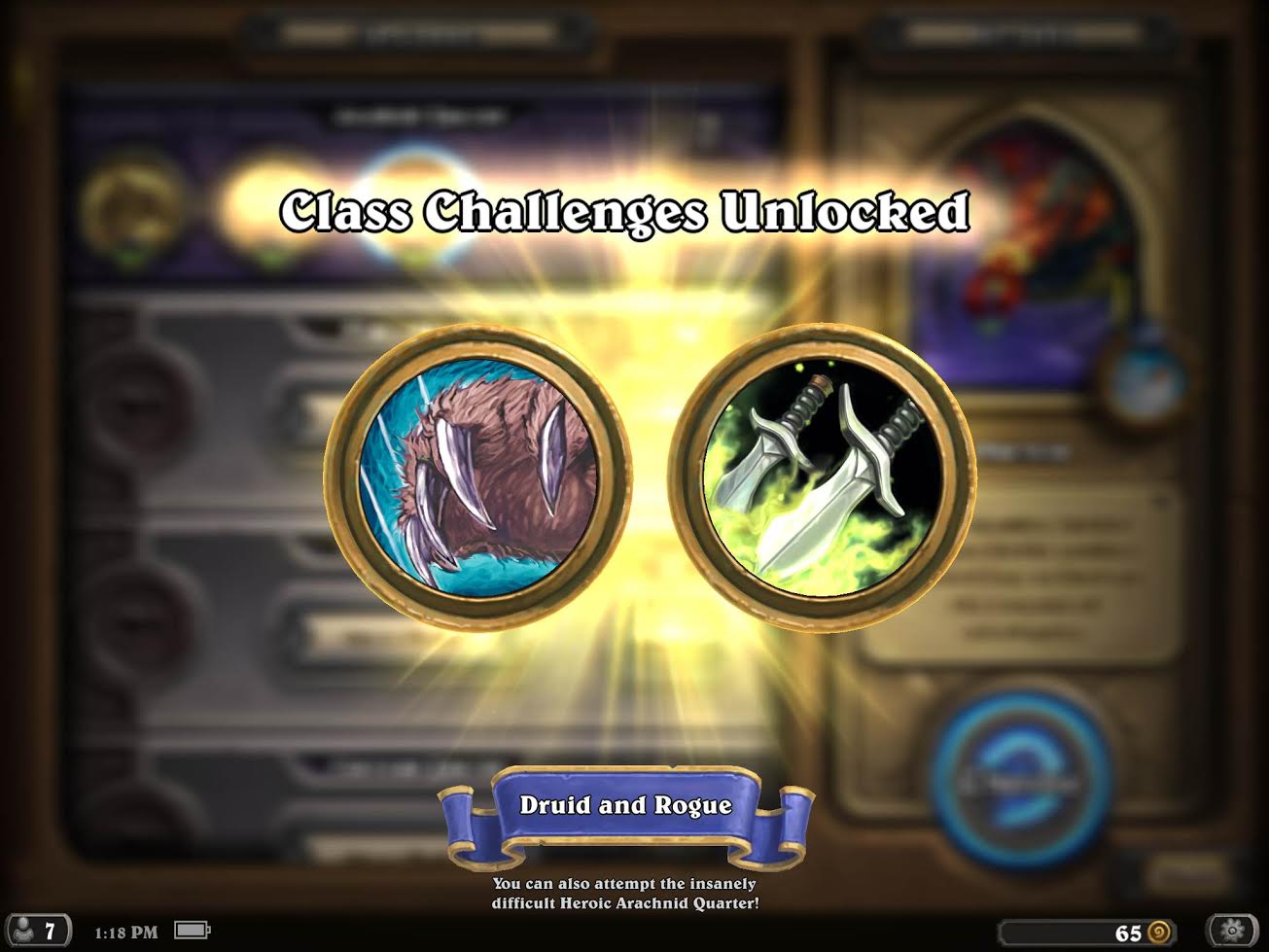 The rogue challenge is a little different. Your deck is filled with cheap guys who give you card advantage, the new Echoing Ooze is a part of this deck which has the battlecry ability where it essentially splits in to two slimes at the end of your turn. While this might seem good, the problem with it is that the enemy deck has lots of Sea Giants in it. Sea Giants get cheaper with each other minion on the battlefield, so you’ll be facing endless cheap Sea Giants being thrown down on the other side.

Now, on to Heroic difficulty for that sweet, sweet card back…