Fates Forever (Free) is a MOBA. This isn’t so much a description of the game’s genre, as it is acknowledging what the game’s intent is. It’s a MOBA for iPad – and it’s meant to make as few concessions as possible toward providing a full-fledged MOBA experience. What this means is that the game isn’t really meant for pick-up-and-play sessions, but it stands out because of it: it’s a limited-compromise game that can be played for hours on end on an iPad. 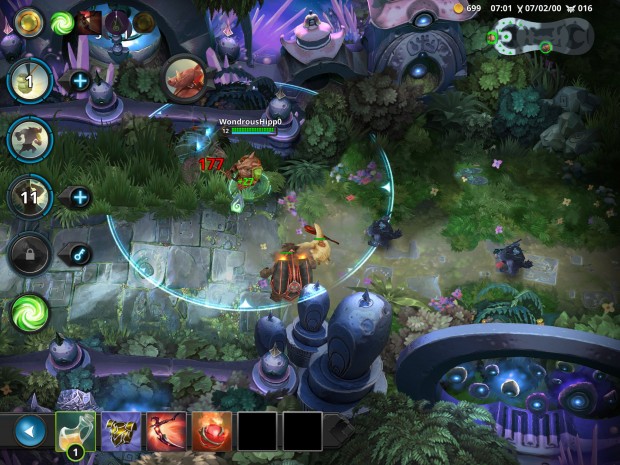 Fates Forever doesn’t monkey around too much with the MOBA structure: it’s a 3-on-3 game, about advancing on the enemy’s base, destroying their towers by using critters which advance down the north and south lanes, as protection from towers’ damage. And of course, taking out enemy critters so that they don’t get to your towers is important. As is taking out the opponent heroes, for the extra experience and so that there’s one less powerful enemy attacking you temporarily, with longer respawns as the game goes on. Powers can be attained and upgraded with level-ups, though these powers won’t affect towers and bases. What I’ve done is to describe pretty much any generic MOBA that is out there, and while certainly Fates Forever has its own little tweaks from countless other games, these differences are just the natural differences between games in the same genre, not a radical departure from any formula.

Now, this isn’t a game meant to be played in short bursts. Rounds certainly feel quicker than most MOBAs: 15 minutes is a good expectation. But I’ve had matches go for almost half an hour. This is a game meant to be sat down and enjoyed on the couch, not to be picked up on a whim to just kill a couple minutes or even if you have 15 minutes, because a match can go indefinitely. It’s built against that, but it certainly is a possibility. 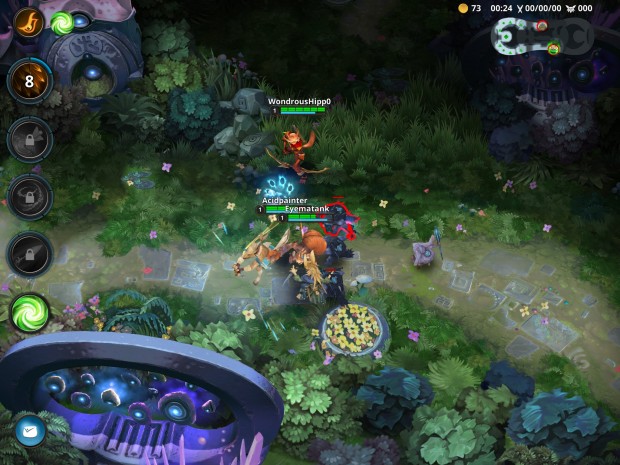 And that’s the interesting thing about Fates Forever: is it a problem that it’s not really built for typical mobile play sessions and experiences? Perhaps not – this is one of the few games where it’s possible to sit back with an iPad, and get an extended, cohesive experience that does as little sugarcoating as possible. It’s the rare full experience that can be enjoyed on an iPad. Just because it’s an iPad game, doesn’t mean that it has to be a quick experience. Tablets are meant to be used for longer amounts of time. So why not have a game that can be played for a long time with it? The lengthier sessions do limit when and where the game will be played, but not in a bad way, just through its nature.

Controls-wise, everything can be done with one finger, with the exception of recalling to the base, which is done by tapping and holding with two fingers. Abilities are triggered by tapping on the left side of the screen, and ones that require aiming involve tapping and dragging from the center of the character to aim them. Tapping a spot will move there, tapping an enemy will get in range to attack them, with some auto-targeting of enemy mobs. The game can get a bit hectic, so it’s nice to know that it’s generally smart about attacking because you can’t micromanage every single enemy you attack. The only issue with the controls is that if you are going left, it’s possible to accidentally trigger abilities, while, say, frantically escaping from an enemy hero to the safety of a tower. 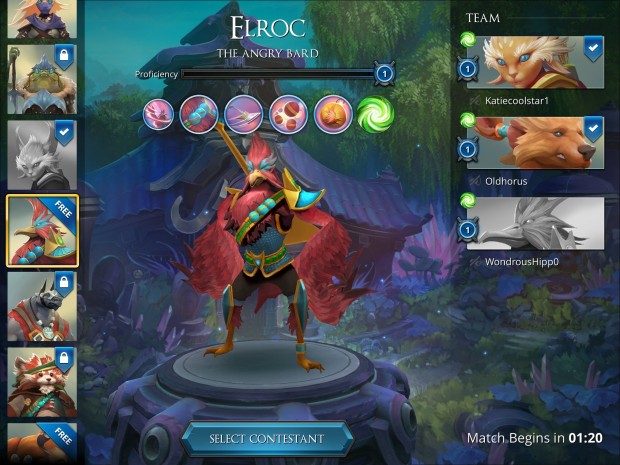 The online play generally works well: sometimes the game is unstable during peak hours, when menus will be unresponsive and finding a game will be functionally slow, but once in-game, I’ve had few issues. There’s options for voice chat, to party up with friends, and post-game chat, though no in-game text chat as far as I could tell, so unless you’re using voice, you might just need to play intelligently and hope teammates will do so as well.

The game does a great job at getting players into the game, with an involved tutorial that explains the game’s nuances. Then, it’s not possible to get to PVP matches until level 5, requiring that players get acclimated to the game through bot matches and online matches of a team of humans versus bots. This means that in PVP, everyone should know what they’re doing, but it can be a bit of a slog to get to PVP. As well, bot matches can lead to different expectations of how games will go, because bots are not human, of course. They don’t act the way that humans do. So prepare for a bit of a change when getting into actual PVP matches.

Fates Forever is free-to-play, and not pay-to-win at all. The monetization comes through permanently unlocking new characters, using either slowly-accrued soft currency through playing games and completing missions, or by buying hard currency to get them outright. That’s it, but the characters don’t come cheap. There is a $19.99 option to unlock all the characters and a few future ones (a value claimed to be worth $84.99), and the smallest hard currency pack is $4.99. If you’re paying, you’re paying decent chunks of cash for a mobile free-to-play game – but it’s quite possible to not pay at all. Several characters are available for free, rotating out periodically. And of course, playing again and again to buy them all is an option. 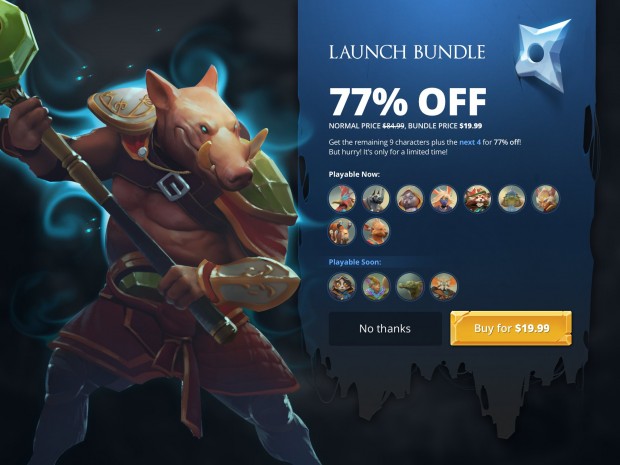 Fates Forever is ultimately quite the fun game, and that’s because, well, it’s a MOBA and it doesn’t go too far outside the beaten path of what the genre has dictated. But it’s novel in part because it’s a full-size MOBA that can be played on an iPad, it doesn’t worry too much that mobile games are ‘supposed’ to be shorter experiences. It nails the thrills of the genre: getting multi-kills on enemy heroes, watching as a seeming defeat turns into a thrilling comeback, marching into the enemy base slowly and steadily. Building out the perfect item set with your character, be they more of a tank, or perhaps a ranged character. Everything that has made this genre so popular is here, but on an iPad, and with making only the necessary acquiescences to what the device is, and perhaps playing a bit quicker than established games. But it goes to show that just because a game is on the iPad, it doesn’t have to be an ‘iPad game’ – it can just be a game that is played on an iPad. And this is a worthy MOBA, on an iPad.