Long time indie aficionados may remember Oscura, a somewhat obscure platformer with a beautiful art style reminiscent of Limbo. While the original is no longer on the App Store, Surprise Attack Games recently released a sequel in Oscura Second Shadow ($2.99). Keeping to the themes of its predecessor, Second Shadow retains its visual flair and with a new set of levels, traps and baddies to avoid.

Second Shadow takes place in the Driftlands, a shadowy land made even more dangerous by the theft of the Aurora stone a relic from the Great Lighthouse. Playing the role of Oscura, your goal is simple: explore the Driftlands, recover the Aurora stone shards, and bring back light to the world. Oscura has no weapons save one: the ability to temporary slow time. 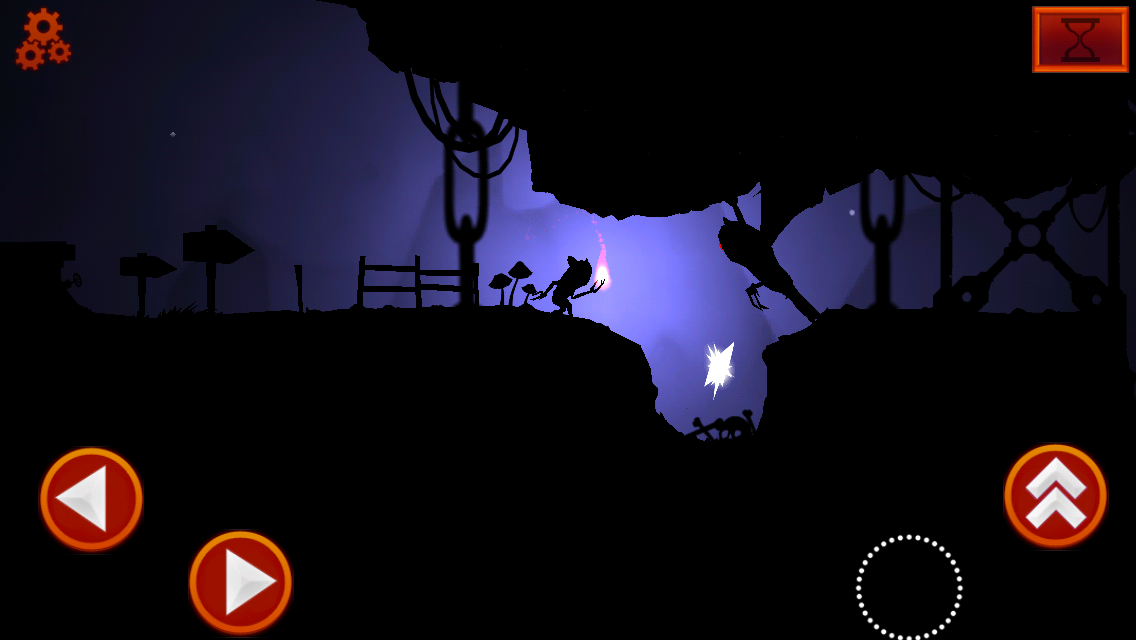 As an otherwise simplistic platformer, this ability to control time becomes the crux of Second Shadow. Oscura collects power-ups to refill the time meter, while slowing down time quickly decreases the meter. Thus, it’s imperative to use it wisely while double jumping your way through the environments. While I enjoyed the added strategy inherent in being able to control time, I have to admit that it didn’t add as much depth as I would like for a platform these days.

Maybe that’s because other than slowing time, there isn’t much to Second Shadow. A double jump is about the extent of Oscura’s other abilities, while the enemies and platformer tropes (moving platforms, crumbling ledges, etc.) have been seen before and other games, and are reused quite a bit in each of the levels here. There’s also little in terms of exploration, so Second Shadow is as pure of a platformer as you can get. One minor complaint I had was in regards to controls, which just didn’t feel as responsible as I’d like on my iPhone 5S (the alternate controls didn’t meet my fancy as well). 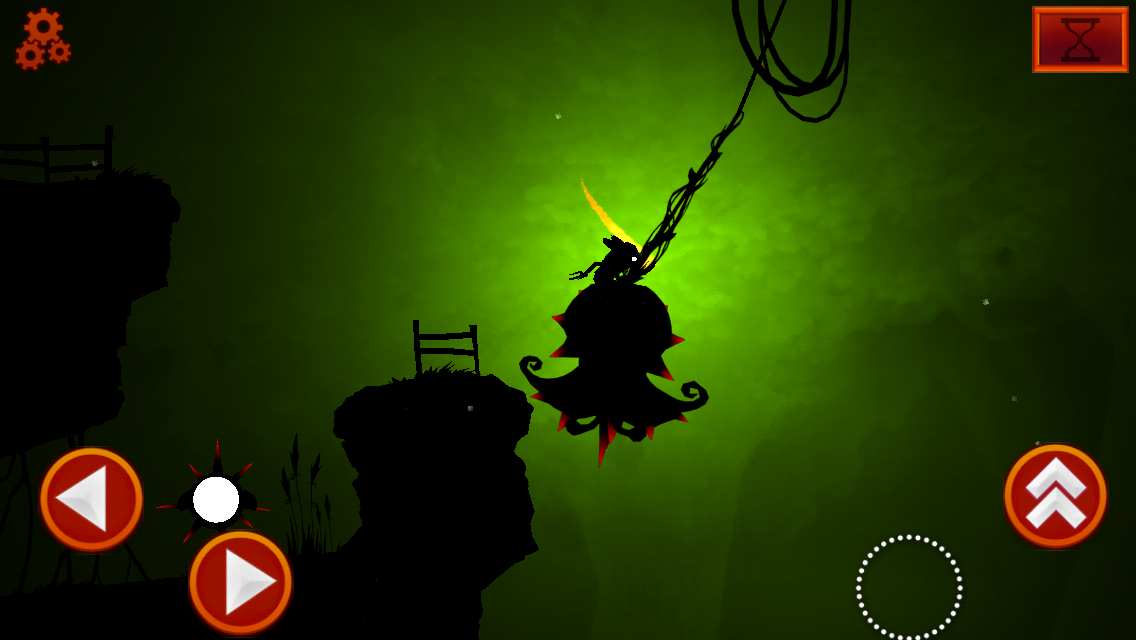 A simple scoring mechanism that tracks deaths, completion time, time shards and cogs (the requisite ‘collectible’ in each level) offer some elements of replayability but for the most part once you’ve completed Second Shadow that’s all there is to do. Completionists will probably be able to dedicate a decent amount of time to fully complete each level, but others may not be as happy. Unfortunately, with less than two dozen levels, Second Shadow ends far too early. Sure, each level is beautifully designed, but I still don’t think there’s enough there to satisfy most platforming fans. Hopefully subsequent updates are in the works and add to the content.

The best thing Second Shadow has going for it is its beautiful visuals, which certainly take a page from other dark platformers made famous by Limbo. Enemy designs, traps, backdrops, even the music all have a nice dark edge which does a great job of portraying the Driftlands as a dark, fantastical land. While Second Shadow certainly deserves credit for creating a beautiful world to run through, that in itself isn’t enough to differentiate itself from the rest of the iOS platforming world. 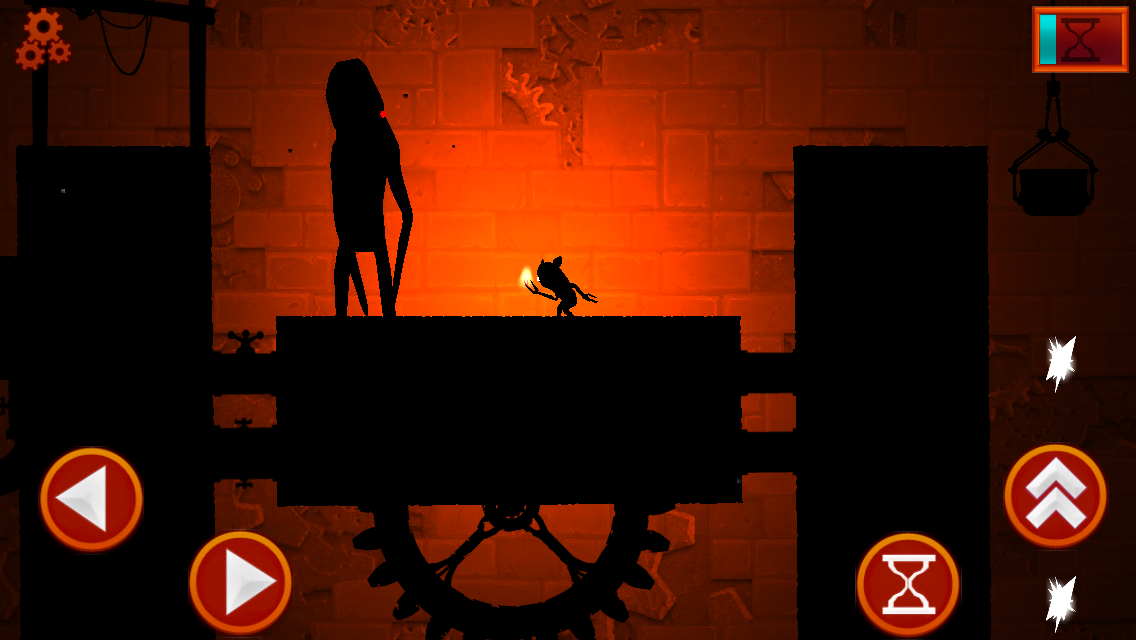 Other than some minor issues with the controls and a shortage of content, there isn’t anything inherently wrong with Second Shadow. It’s an enjoyable platformer with a great graphical style with just enough strategy to keep players involved. Alas, in today’s world that puts it just above average compared to most other titles in the genre. I’ll still recommend Oscura Second Shadow to anyone that loves the visuals from the screenshots or are looking for another platformer. However, it’s a far cry from being a mandatory experience.