A young boy who gets trapped inside a video game? Well, it all sounds a little familiar.. doesn’t it? That aside, Marcus Level ($0.99), despite it’s strange name, is a curious platform game that takes elements from the endless runner genre to combine a unique twist on what is essentially a quirky finite runner game.

The colorful, cartoon-esque visuals hit you instantly at soon as you load the game. Despite it’s obvious attempts to be ‘unique,’ Marcus Level unfortunately falls just short of the mark as its bothersome mechanics and slight repetition weigh it down unnecessarily. 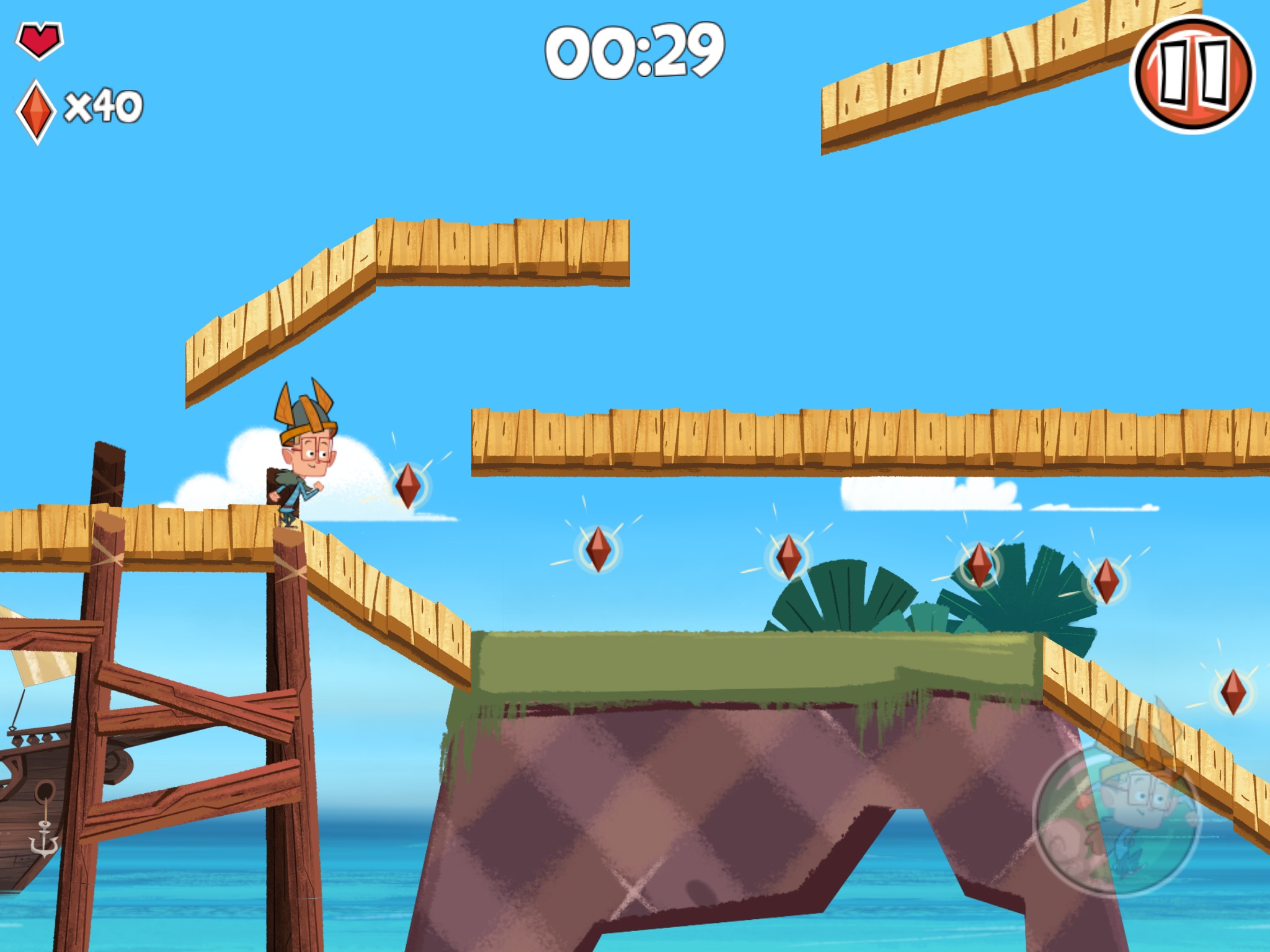 The control system is fairly straightforward, you tap the left icon for a spinning slash attack, and the right icon to jump. Sadly, that’s about as straightforward as it gets, as this becomes riddled with issues the further you progress. Marcus’ unique twist is that you can change direction if you hit a wall or surface. Despite this interesting quirk, I managed to get completely and utterly stuck on one of the levels when Marcus decided to do a complete u-turn and ended up underwater (de-froggified) and unable to turn around. This led to me having to completely restart the entire level, thus causing more frustration than anything else.

Don’t get me wrong, the game is enjoyable for the most part. Its primary grievances mainly revolve around having to deal with the unpredictable controls, which can pretty much mess everything up if you’re engaged in a time challenge. If you’re not a fan of repetition, you probably will want to steer clear of Marcus Level as you’ll find you need to complete the levels more than once to achieve all the goals and beat all the challenges. Once you’ve run through the level for the first time, you can attempt to surpass “Ephi’s” score, in which you’ll find yourself having to complete the level in under a minute. Here’s where the minor frustration sets in, because you’ll find the controls somewhat of a major hindrance. Occasionally if you see a secret you need to collect, the game will frustratingly send you constantly in the wrong direction despite how much you attempt to pursue it, which can be the cause of much frustration.

Luckily, there’s lots to do in Marcus, so if you’ve not already thrown in the towel, you can sink your teeth in some other achievements, including discovering all the secrets, collecting all the chocobongo’s and even amassing all the badges from the other levels. You’ll find yourself backtracking a lot in order to advance to the other stages and worlds due to the game’s insistence that you complete all the badge challenges in order to reach the “boss” level. Another slight letdown is the obvious lack of GameCenter functionality, which means if you enjoy competing against your friends, you’ll be a little disappointed, but there are extra trophy achievements which could keep you busy for a great many hours. 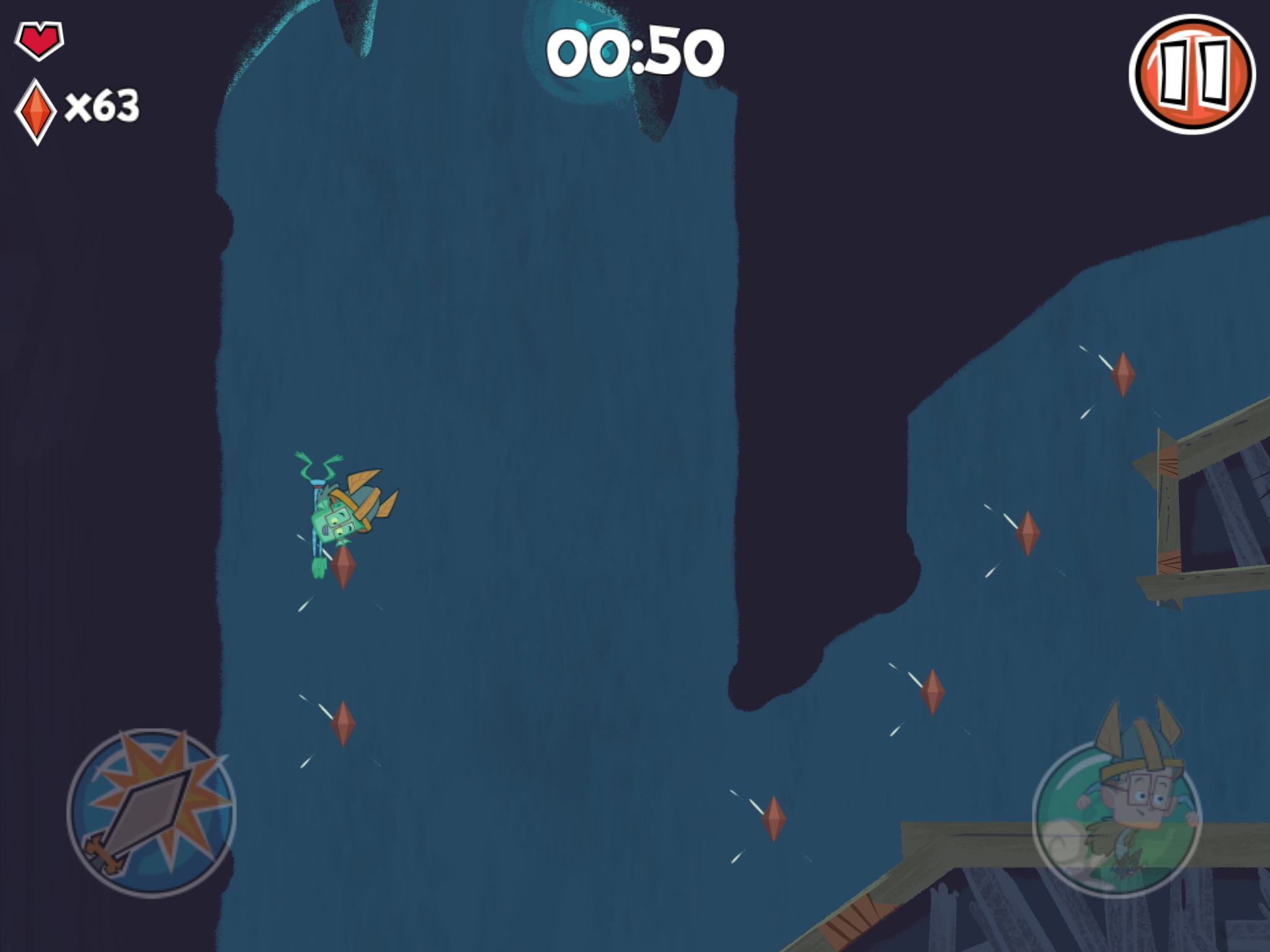 At the beginning of each stage, you can trade the in-game currency to spend towards bonuses that will aid you in your level as you advance. Sadly if you die (and you only get one life at a time) you lose all the bonuses you’ve just purchased, so its better to be sparing sometimes rather than go all out on a whim.

Overall, Marcus Level is a great casual game if you’re looking for something to kick back to, but it’s definitely only a game for those who have oodles of patience and a lot of spare time on their hands.