Monsters Ate My Birthday Cake ($4.99) is one of my favorite games of the year. It’s a puzzle game that’s bright & colorful, but decidedly not just for kids. It’s a game that has complexity without frustration, and takes place in a wonderful world that helps make it so much fun to just play again and again.

It’s a puzzle game where switching between multiple characters becomes necessary to solve puzzles. Each level has a specific character loadout, and it becomes about using their various abilities to navigate the levels. There’s a lot of box-pushing, but different abilities for stunning enemies, creating new paths, and the like come into play. There are enemies, but the game isn’t necessarily about combat: there are sometimes ways to defeat them, but often they must be avoided, or manipulated into being useful. 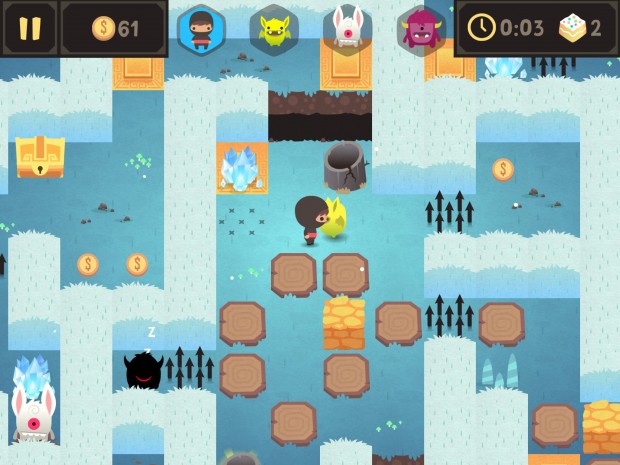 There’s a definite Zelda series influence here, from the idea of a child hero going on a seemingly-innocuous quest, to the feel of pushing blocks around, to some of the music, and even one direct name reference. There’s a number of other gaming references sprinkled throughout, too, but make no mistake: this is a game that stands on its own as its own unique entity. It plays like few other games, but also has its own character and sense of whimsy to it.

The game is absolutely gorgeous: it’s another good reason to have a Retina iPad. The characters aren’t necessarily complicated designs, but are very charming, especially with the simple animations that give them just enough character. The soundtrack is fantastic as well, and sounds great on headphones. 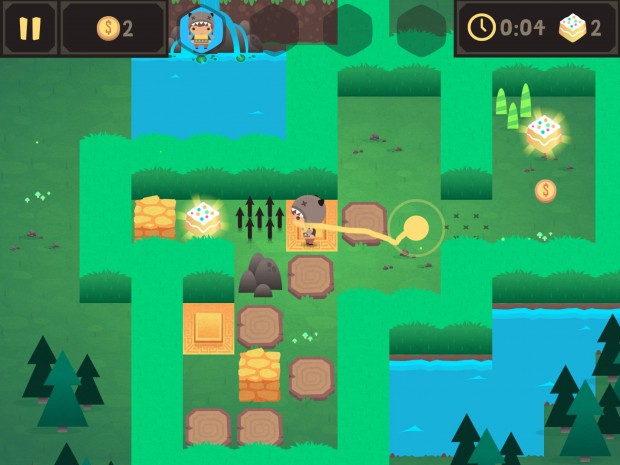 The game does a spectacular job at striking a balance between being complex without feeling complicated. The puzzles involve switching back and forth often, yes, but rarely in a frustrating way, just in ways that require perhaps experimenting or looking at things in a different way. The star goals, which become required to unlock side levels, do a good job at not just being about completing levels more quickly, but about throwing in new ways to play levels. There’s some good old-fashioned fetch quests and the occasional secret to find, but nothing feels unnecessarily obscure.

Don’t be confused by the Cartoon Network’s publishing of the game: while this is a game that can be played by kids, adults and any kind of ‘gamer’ will find that it puts up a good fight.

This is a game that’s supremely difficult to put down, because of the balance between challenging players while remaining fun. Completing levels is so satisfying, in part because the world that’s been created is so enjoyable. This game is just way too satisfying.