Last week, we detailed the first big update for Rockecat’s epic dungeon crawler Wayward Souls ($7.99), and late Friday the update went live in the App Store. And it’s quite a doozy. It contains a brand new dungeon called The Labyrinth, which is a ridiculous 20 floors long. This dungeon also features a new boss fight and concluding story bits for all of the characters. Speaking of characters, there have been a number of tweaks to the different classes, as well as a number of changes to the game in general. The full change log can be found on Rocketcat’s website. 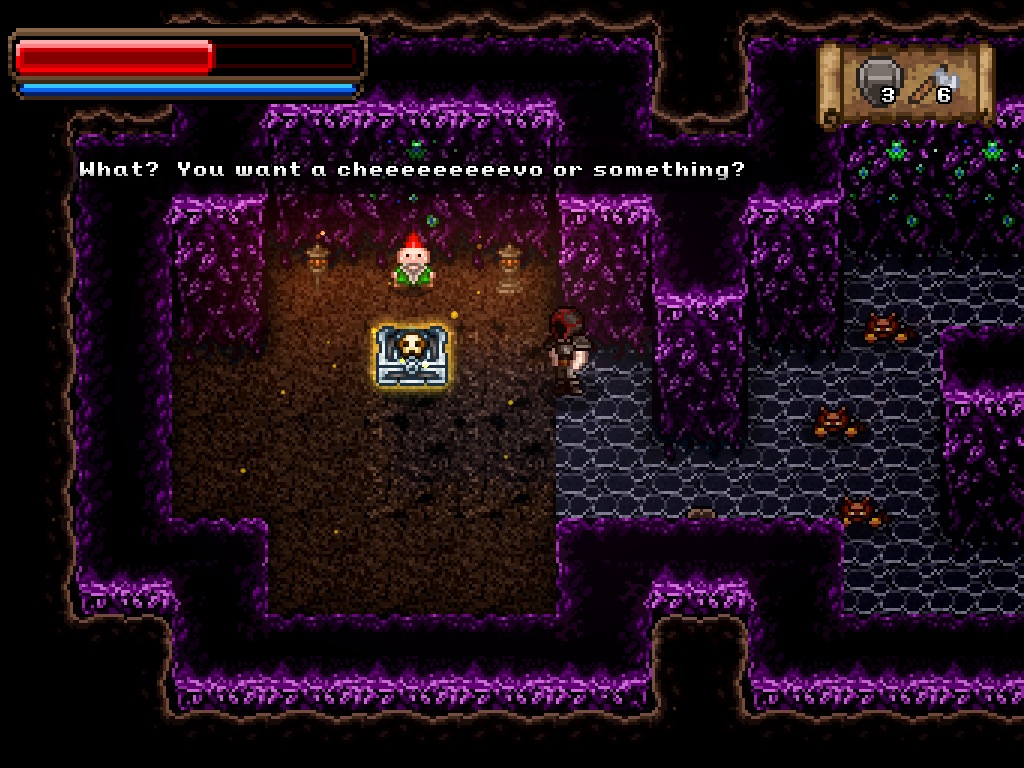 This update also contains a highly-requested feature, auto screen rotation, but it’s a bit finicky at the moment. It’s really sensitive, and normal iOS banners pop up at the bottom of the screen when the device is positioned with the home button on the left, which can create some problems. A hotfix for this should be out soon. Also, as promised, this hefty update increases the initial price of the game by a dollar, and Wayward Souls is now $5.99. There are at least two more major updates planned, and the price will increase by a dollar more with each. Of course, the updates themselves are free for those who already own the game.