It’s hard to believe that it’s been four years since Terry Cavanaugh’s VVVVVV was first released, but here we are in 2014 with an iOS port. While a lot of people would be quick to note that due to its precision nature, the mobile platform wouldn’t be conducive to pixel-perfect jumping , I’m pleased to say that after playing it — they’re wrong. VVVVVV ($2.99) on iOS is a wonderful port-job, and newcomers and veterans alike will be able to enjoy it.

For the most part, the game is the exact same as it was before. After our hero Captain Viridian’s ship crash-lands in an uncharted realm, it’s up to him to flip his way through a series of levels to rescue his crew. This is done by way of a gigantic hub world with connecting stages, filled to the brim with secret nooks, crannies, and collectibles. Think Metroid and you’ll have an idea of what to expect.

If you’ve never played VVVVVV before, the concept is simple, because you really only have one action outside of left and right movement — flipping. By wielding the power of this new mysterious world, the Captain can simply press a button (in this case, the right side of the screen by default) to flip vertically. You’ll use this to “jump" across platforms (I say that in quotes because you can’t actually jump), and make your way through each level. It’s all wonderfully executed, and very easy to pick up. If you’re so inclined there are three control options available to you, including a virtual d-pad, so there should be something for everyone. Though, MFi controller support in the future would be ideal.

Although the hub (and by proxy, exploration) is a major focus of the game, most of your time will be spent in modules, dealing with yet another type of hazard or concept. Just when VVVVVV is starting to get stale, Cavanaugh throws another idea at you, forcing you to rethink the entire way you play the game. Whether it’s a series of spike traps or a room that constantly forces you to flip up and down and dodge projectiles, you’re always left guessing as to what’s coming next. It truly is a masterwork of design, because no two areas of VVVVVV feel the same — both visually and mechanically. 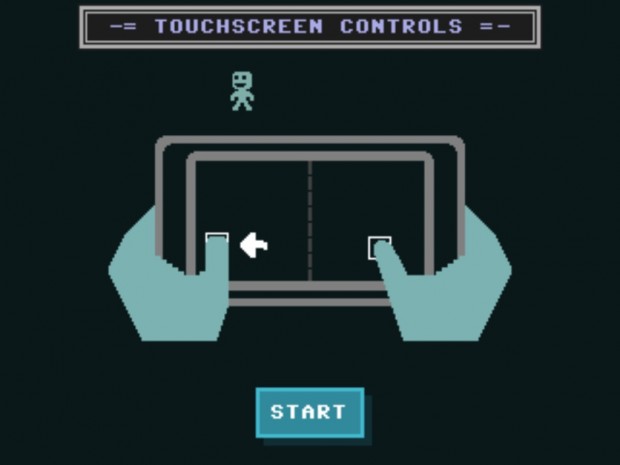 One of the concessions Cavanaugh grants however is the very forgiving checkpoint system. Nearly every 30 seconds (or less), there’s another checkpoint for you to continue from — so if you just made it through a difficult section, you’ll be able to continue right where you left off upon death. This system is preserved for the iOS version, and it even auto-saves after each point — making it perfect for quick plays on public transportation and the like.

The music is another standout element, and it meshes perfectly with the ZX Spectrum inspired art. It evokes a whimsical feeling of the 80s while staying true to the era in question — no joke, I find myself going out of my way to listen to many of the tunes on occasion. A warning even comes up when you start stating to wear headphones for the best experience, and I heartily recommend doing so. 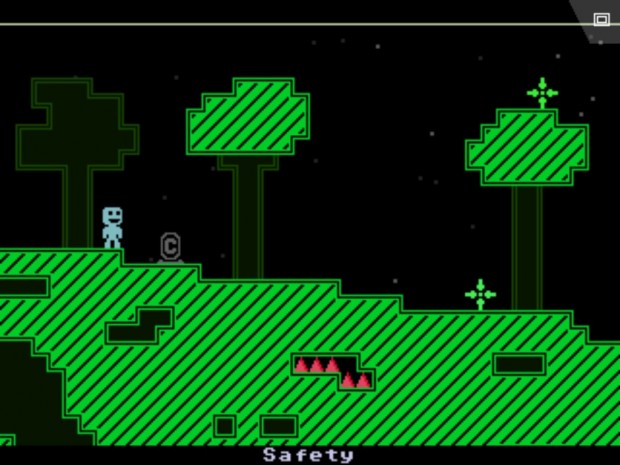 If you’re not going for all the secrets, VVVVVV is a brisk experience that will last you a few hours, making it a natural fit for mobile devices.  You’ll also get 17 custom-picked user created levels, some of which are done by Cavanaugh himself, and some from other famed indie developers. This also opens things up for future updates with more levels, although nothing has been announced yet.

Look, VVVVVV is great on pretty much every platform it’s been released on. But with the low price of the mobile version combined with the sheer portability, it’s a no-brainer. I’ve purchased multiple copies of VVVVVV over the years, and I’d happily buy more. If you’re curious as to how the game controls on iOS, check out Super Gravitron (Free) for free.