Remember the Wikipad? No? Well, if you don’t, the Wikipad was an interesting gaming tablet that released last year, but never really took off in any meaningful fashion. It was essentially a standard 7-inch Android tablet that could cradle into a weird controller attachment that basically looked like a giant Sega Game Gear. The device, while interesting, didn’t quite come together and as I said never really took off. Well now Wikipad (the company, not the actual device) is hoping to bring their dream of an ultimate portable tablet/gaming console hybrid to iOS device owners, specifically iPad mini owners with their Gamevice MFi controller.

The Gamevice was actually originally announced back in January of this year as a controller solution for both Android and Windows 8 tablets, with iOS support something the company had hoped to include too. Well, things seemed to have changed a lot since January, as the Gamevice now appears to be exclusively for the iPad mini with no mention of support for any other mobile operating systems on the official Gamevice website. But hey, that’s great for iPad mini owners, yeah? Check out some screens of what the Gamevice looks like. 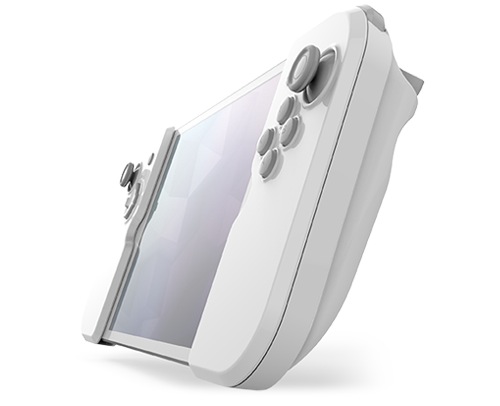 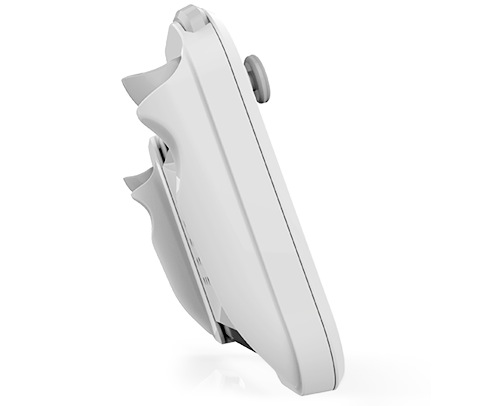 As you can see, the Gamevice is a full spec MFi controller which means it has dual analog sticks and secondary analog triggers in addition to a d-pad, four face buttons and two digital triggers on top. It looks very much like a Wii U gamepad, in fact. The controller is actually in two parts and the iPad mini cradles in the middle of those parts, very similarly to the Phonejoy controller we checked out at E3, only for a tablet. According to Slide to Play, who went hands-on with a prototype of the Gamevice, the two halves are connected by a thick elastic band, which sounds… strange.

I’m very excited to see the iPad finally getting some more love in the world of MFi controllers, and the Gamevice seems like it could be a really nice solution for doing some gaming with buttons on your iPad mini. No pricing or release date has been announced for the Gamevice just yet, but it’s targeting a release before the holidays this year.