An action physics puzzler that illustrates life in a different form completely, Concolor Games’ Biosis (Free) depicts just what happens when everything you ever knew and loved is ripped away from you. Despite its alien-like setting and curious environment, Biosis tells a story that just about everybody can relate to.

You play as Mil, a curious blobby life form with a pebble body and a gelatinous outer skin. He’s just going about his business, enjoying life with his beloved, when a huge insect-like creature attacks and robs her of her jelly coat and the plasma that Mil and his beau depend on to survive. It’s then up to Mil to go forth and embark on a quest to collect enough plasma to revive his lady love back to her former gooey self.

There’s more than enough plasma floating around – of which will require additional effort in order to obtain – but Mil can’t move around without extra help from fellow biological magnetic creatures. These creatures, when activated, will draw Mil in towards them. Likewise, manipulating the peculiar alien like creatures will cause them to shoot out a vine which can be useful for propelling Mil across the level. 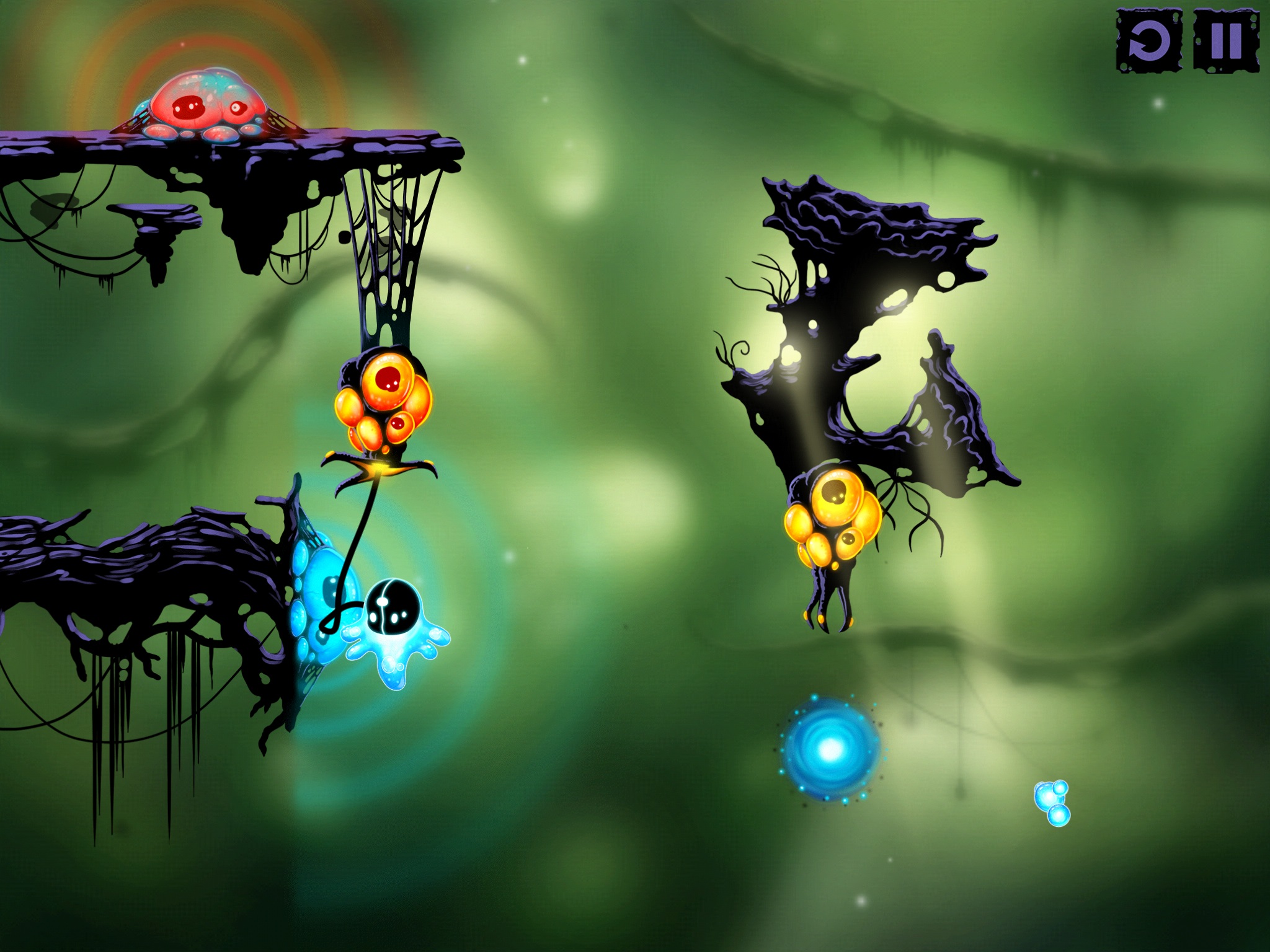 Flicking any of these critters will in turn anger them and cause them to react in the opposite manner. An angered vine creature will reach out towards Mil with its creeper like clasp and grapple onto him, also lengthening its swing. An angered magnetic creature on the other hand will instead repel Mil away from them, which can be therefore manipulated to your advantage as you learn to combine the physics of each in order to solve what is technically a very otherworldly physics puzzler.

Initially, I found it extremely tricky and greatly frustrating to nail down and get to grips with the mechanics. It requires great amounts of accurate timing and precision, along with constant correct manipulation in order to not screw up. You can advance without collecting plasma so long as you reach the exit in due course, but plasma will help to rack up points in the typical three “star” rating fashion.

At $0.99, the game is fairly inexpensive and will provide you with 60 unique levels across three chapters. Should that not be enough, you can further unlock a pro mode that’ll ramp up the difficulty factor even further.

Biosis isn’t a very forgiving game, but, once you surpass the initial frustration of having to constantly stop and think about the order in which you should be tapping and swiping, it opens up into what is a very imaginative and highly original physics puzzler. Though I struggled on many of the initial levels, I found the whimsical setting and beautiful ambient soundtrack really came together to provide a wonderfully delightful experience. It may be easy to be put off by the constant repetition and frustration that continues to simmer quietly underneath, but if you look past it you’ll find yourself enchanted by a very magical kind of game.