We’re now well into what I’d say is the next generation of Puzzle & Dragons (Free) imitators coming from Japanese developers, and with games like Rise of Mana and Final Fantasy Agito, it’s clear the big boys are arriving and bringing their hefty budgets and resources with them. These days, it seems like if a Japanese publisher has an RPG property to leverage, a social RPG for mobiles with that property is almost inevitable. It also means if you see an old, familiar name from the past pop up on the Japanese App Store, you shouldn’t expect anything other than a variation on collect ’em/fuse ’em/evolve ’em/battle ’em. I shouldn’t have been surprised that SEGA’s new Phantasy Star Online 2 es is just that, yet for some reason, I had hoped this would be something closer to the spin-off it’s spinning off of. 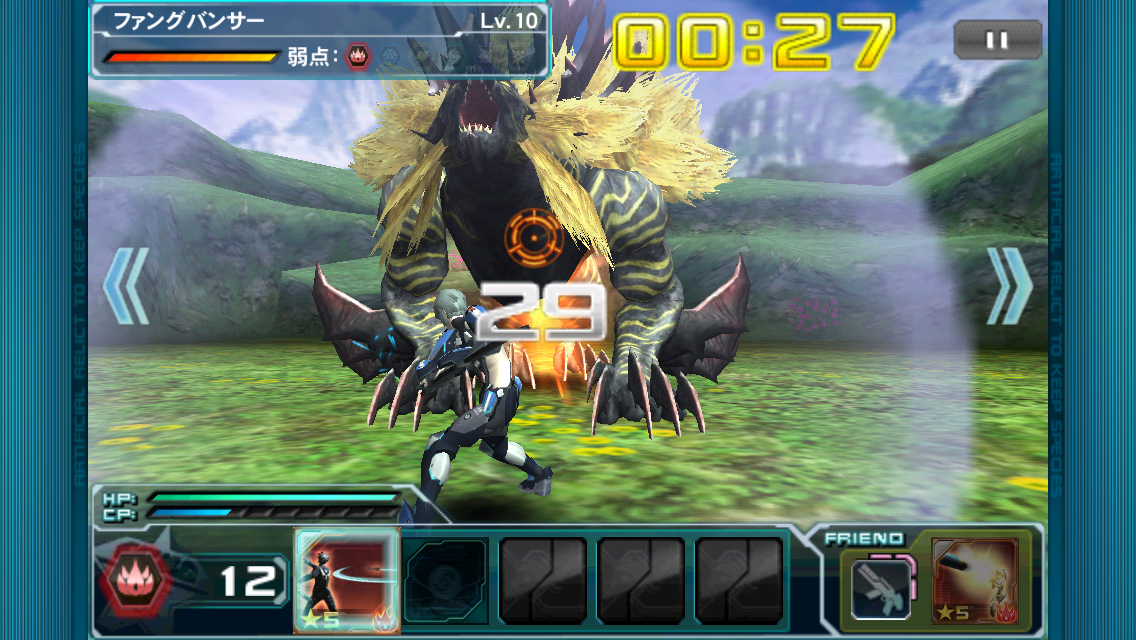 Phantasy Star is no stranger to chasing trends, though. What started as a sci-fi RPG series riffing off of Dragon Quest and Wizardry eventually became an online Diablo-esque action RPG in the Dreamcast era. It then found new life riding on the back of Monster Hunter mania before coming back to its second set of roots with Phantasy Star Online 2, currently available on PC and PlayStation Vita in Japan only. So perhaps in following the crowd towards yet another recent craze, Phantasy Star Online 2 es is simply doing what Phantasy Star always does.

Phantasy Star Online 2 es is sort of a companion app for PSO2 proper, but it also works as a stand-alone game. Like every other game of this type, the adventure plays out in a series of missions. Playing a mission uses some of your energy meter and in return, you’ll earn items, meseta, and experience points, along with unlocking the next mission. Between missions, you can craft your items and weapons to create stronger versions of them, set up your gear and special attacks, and spend your medals and fun points to try to win new stuff. It’s all very standard stuff if you’ve played any games like this before, just with a Phantasy Star coat of paint on top, including the familiar races and job classes. 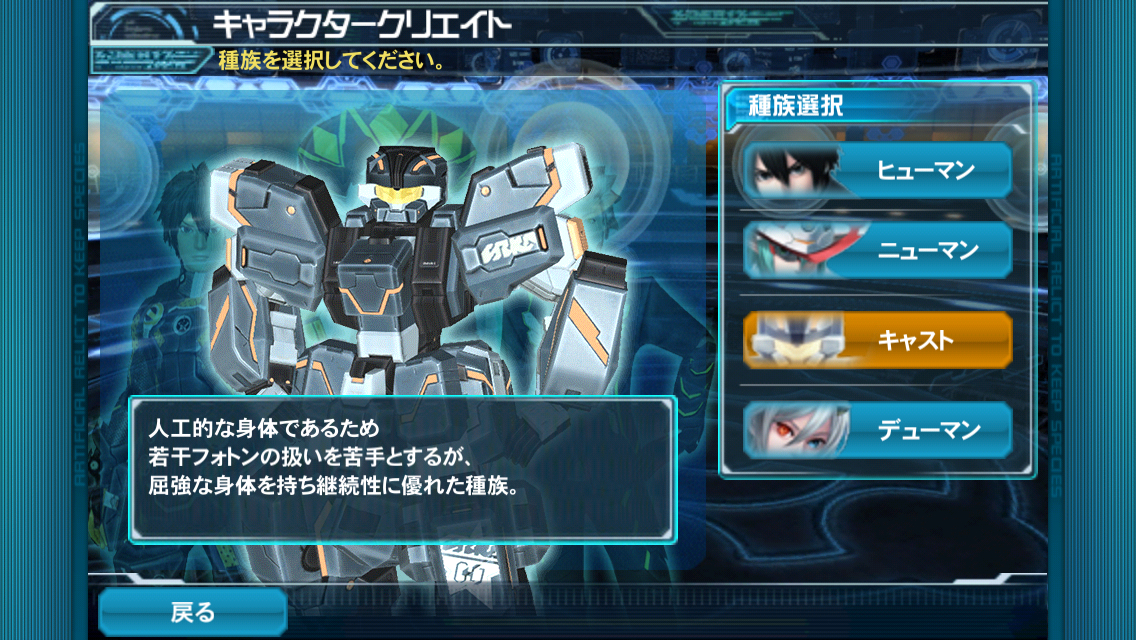 The missions themselves are sort of action-based battles, but they’re a lot more primitive than the ones found in Agito or Mana. You tap an enemy to attack, with follow-up attacks administered via rhythmic tapping. Swiping left or right will shift you to the left or right by a set distance, and tapping the icons at the bottom of the screen will activate your special attacks. You can bring a friend with you into the fight who will unleash a powerful attack when you call on them. Naturally, the enemies will counter-attack, which you can try to dodge by swiping, even though you’ll still end up getting hit most of the time. Like other games, you’ll play through a series of battles in each mission, culminating in a boss, but in Phantasy Star, you can choose your route, leading to treasure and various other bonuses.

Six months ago, this would have been a lot more interesting, but in a post-Agito world, Phantasy Star‘s similar but more limited approach just isn’t doing much for me. The combat lacks strategy and excitement, the ability system pales in comparison to Agito‘s compelling magic fusion, and the whole thing just sort of fails to capture the essence of what makes Phantasy Star work so well in its other forms. While the graphics are 3D, they’re pretty poor next to the competition, and the cool story emphasis found in Mana and Agito is absent here. This game feels like SEGA checking off a box, and while Phantasy Star has always been about that to an extent, it’s usually done with a great deal more care than they’ve shown here. 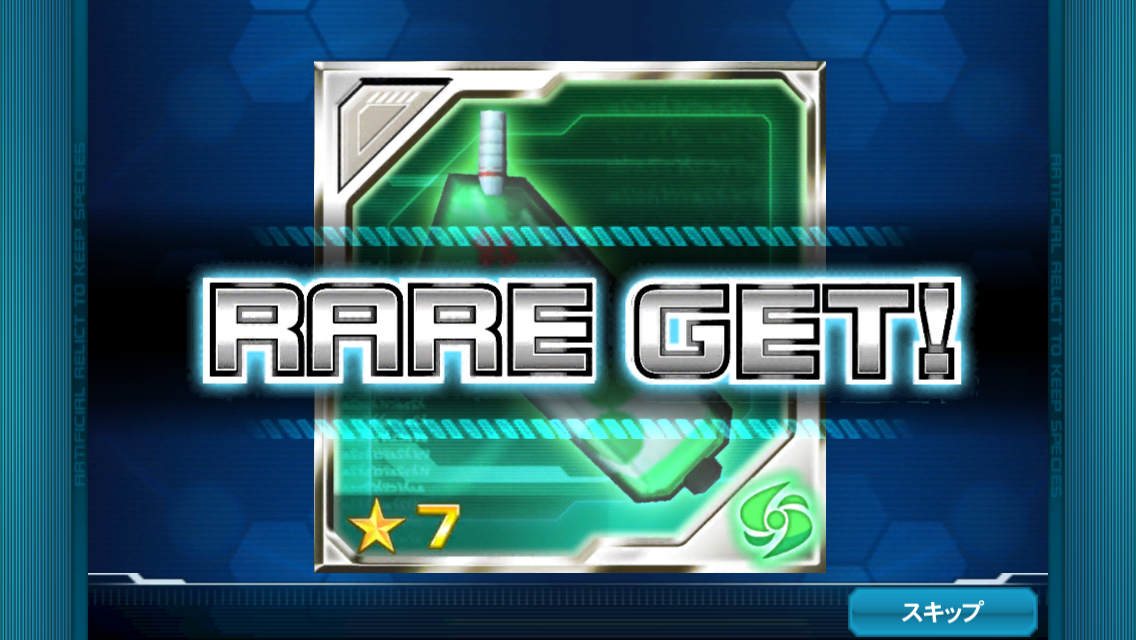 At this point, it’s unknown as to whether or not Phantasy Star Online 2 es will release outside of Japan, but given the main game has been out for a couple of years without an official English release, I wouldn’t hold my breath too long. I wouldn’t worry too much about that, however. You’re not really missing much if you never get a chance to be welcomed to this Phantasy zone. If you are interested in it, keep an eye on TouchArcade for any further news and, if it receives an English release, a full review.