The best app updates are the ones that you just do not see coming. Age of Zombies getting a content update in 2014, years after its 2010 release and even earlier PS Minis existence fits the bill. 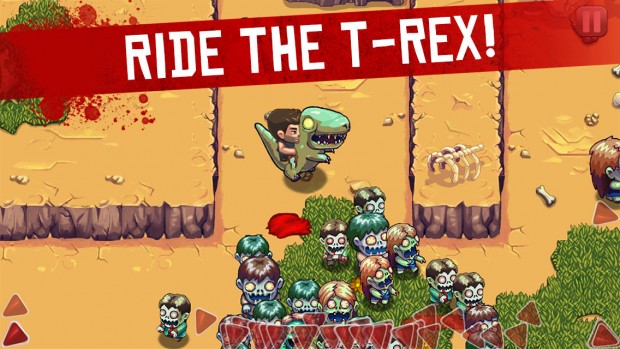 The update makes even more glorious use of the zombie t-rex, making it a rideable mount to cause even more destruction to the zombie hordes. As well, there’s MFi controller support, and not just for extended controllers, but for button-based ones too like the Logitech PowerShell and the upcoming Razer JungleCat, because why should dual-stick shooters require sticks? There’s also a cheeky new trailer that tries to tie-in protagonist Barry Steakfries with his other appearances in Monster Dash . And Halfbrick is promising to update the game more down the road.