These days, developer 5th Cell is most famous for their huge break-out hit series, Scribblenauts. Although that series started on the Nintendo DS, it saw an iOS release more than two years ago in the form of Scribblenauts Remix ($0.99), which still regularly hangs in the top selling paid apps. Offering players a great deal of personal input into solving the game’s levels, it’s easy to see why it appeals to so many. However, that wasn’t 5th Cell’s first foray into games that allow players a way to express their creativity. That honor goes to Drawn To Life ($4.99), released in 2007 for Nintendo DS, a platformer that asks the player to draw various objects into the world, not the least of which being your main character. While it wasn’t the mega-hit Scribblenauts would become, it was a very successful game that kicked off its own series, and it’s now available on iOS courtesy of publisher 505 Games (Terraria ($4.99)) and developer WayForward (Shantae: Risky’s Revenge (Free)).

In Drawn To Life, you play as the Creator, a god who used to protect a village of critters called the Raposa, but apparently decided to ditch them and play Mario instead. You’re called back by the prayers of a young girl named Mari, and in your benevolence, decide to help bring the village back out of darkness and despair. Sometimes you’ll directly interact with the world by tapping on things, but for the most part, you’ve got two duties in front of you: drawing things, and controlling your hero as he jumps and fights through four different worlds. Most of the game takes place in free-scrolling action stages, but you also have the opportunity to wander around the village from a top-down perspective between levels. This is nice for utility purposes, allowing you to buy items and power-ups, but it’s also kind of fun to just look around the village as it slowly restores over the course of the game. 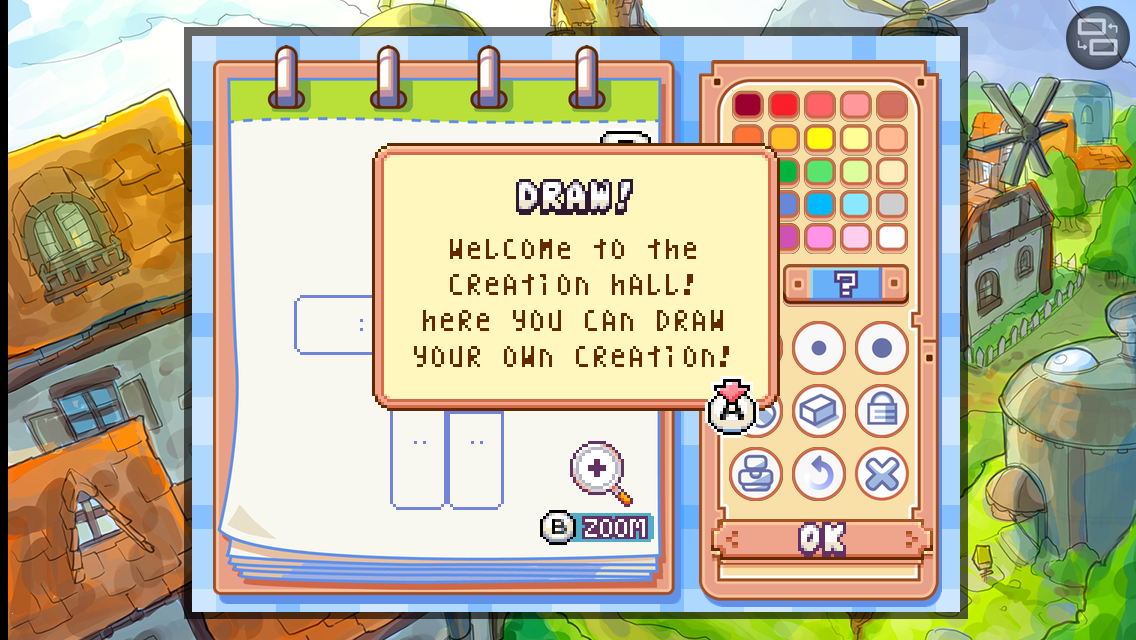 One of the first things you’re tasked with is drawing your hero, something you would think would translate smoothly from the DS. Well, this is where things start to go wrong. Unlike Scribblenauts, this isn’t a custom version of the game designed for mobiles. It’s about as straight of a port from the DS as you could imagine, and that unfortunately seems to go all the way down to preserving its aspect ratio. The play area has a border around it at all times, windowing the game into a relatively small area on your screen. When you’re in draw mode, you have to draw inside the lines the game provides, which is an even smaller portion of that screen. If you’re playing on your iPhone, you can pretty much forget about getting any accuracy by using your finger. Even the stlyus I have proved to be too fat to be of much use. It ruins the fun of making your own designs when they end up looking like portraits drawn by a drunken chimpanzee with shakey hands.

Still, even with this noticeable handicap, I was able to bring my brilliantly original character Arachnoman to life. It’s still a fun gimmick to see your drawings used as objects in the game, and I’m happy to say if you can deal with the drawing issues and have an MFi controller, you are in for a good time with the rest of the game. It’s not a particularly brilliant platformer, since the physics are quite awkward in the same way they are in Scribblenauts, but it’s decent enough and has plenty of interesting stage designs to go through. The gimmick of putting your own art in the game helps you overlook some of its shortcomings, and the story is at least interesting enough to keep you motivated. 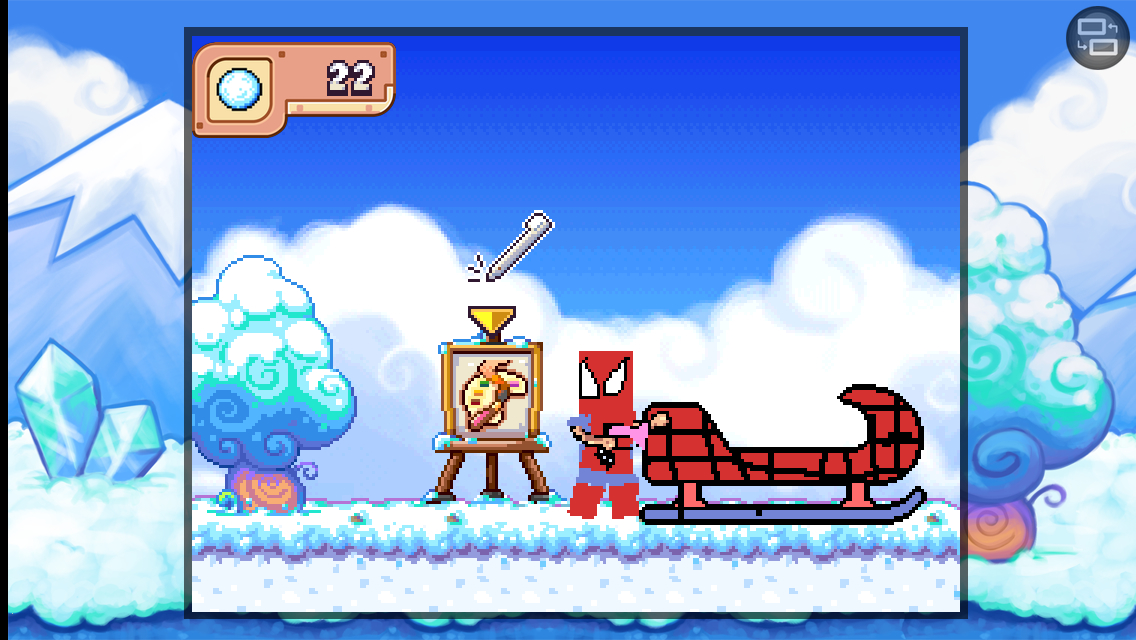 If you don’t have an MFi controller, you’re in for a considerably worse experience. The virtual directional pad is absolutely terrible. It’s one of those ones where the actual operational area seems to be smaller than its graphical representation, and while it’s not totally unworkable, it’s bad enough to dampen the fun considerably. In addition, the virtual buttons are small and a bit too close to one another. Drawn To Life is already a game with some stiffness and occasionally problematic collision detection. Adding an unreliable d-pad and a weak button layout to that makes for a pretty frustrating experience, especially in later stages where more precision is required.

It’s a shame because the core game is really fun, with a greater amount of content than most iOS platformers, nicely animated sprites, and a gimmick that’s still sort of fresh. It’s a little expensive compared to other platformers on the App Store, but it’s a long, full game with no IAP, so I think the price is okay. If you have an MFi controller, I’d give it a thumbs-up, as long as you can put up with a lack of accuracy in the drawing sections. Otherwise, with the drawing issues and the control problems, it’s hard to recommend Drawn To Life with much enthusiasm in its current state.