I love so many things about Uncanny X-Men: Days Of Future Past ($0.99), a new action-platformer from Glitchsoft, the developer behind He-Man: The Most Powerful Game In The Universe. Based not on the recently-released movie but rather on the comic it sources, X-Men is a full-length game, packed with nods fans will love, delivered in complete form for a reasonable price, with no IAP or online connection required. There are multiple playable characters, each with two or more costumes, with more planned as free content to be added later. Each character has their own skills and abilities that can be upgraded as you go along. The stages cover a variety of locales, and the graphics are generally quite nice. There are also tons of secrets to uncover by exploring the stages that reward you with bonus art and some extra experience.

I would say, in fact, that I love everything about this game except for one aspect: playing the game. I really dislike saying that when the love that went into this is so plain, but there it is. It’s not that I hate playing the game. It’s serviceable. It’s largely bug-free, and the controls are a serious improvement over the poor controls in He-Man. It keeps you busy attacking guys, making jumps, and collecting blue stuff all throughout, without any obviously dead patches. It even makes a couple of stabs at different stage concepts like a chase scene and non-mandatory stealth. It’s not that the game is bad as much as it is bland. 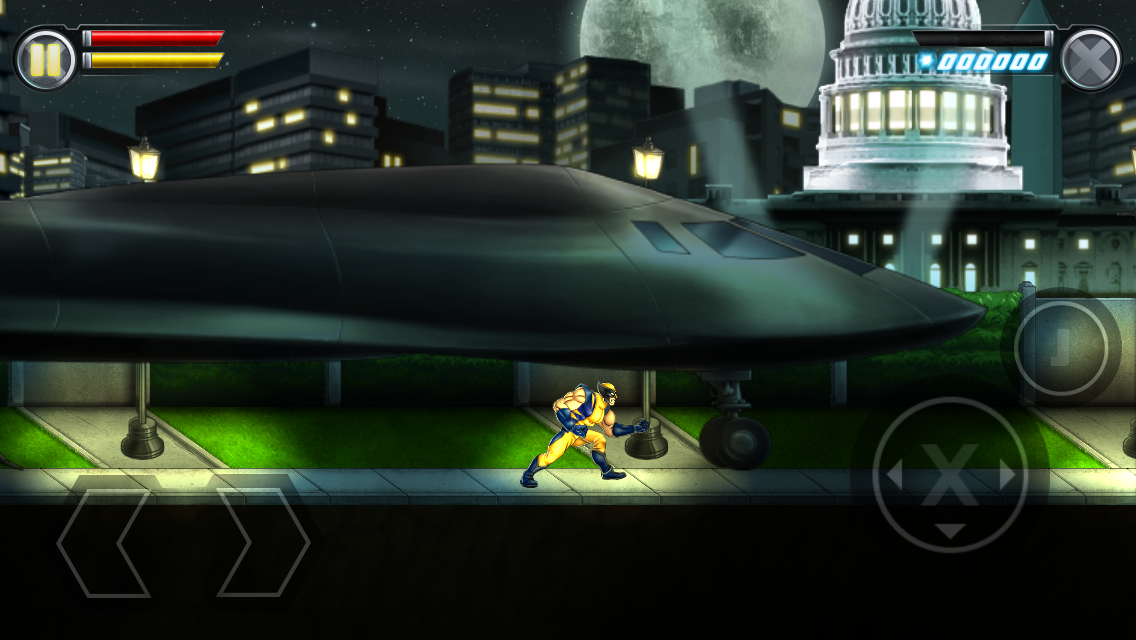 The X-Men license helps spice things up, particularly being based on one of the better story arcs from the comics, and one that has gone strangely ignored by previous X-Men games. Basically, we start in the future where things have clearly taken a turn for the worse for mutants and humans alike. Sentinels have taken over, and there doesn’t seem to be a way out of the situation until Kitty stumbles across Cerebro and uses it to send her consciousness back to her past self. With her knowledge of the future combined with the X-Men’s power, she hopes to create a happier future. The game starts with you playing as the future version of Wolverine as he makes his way across the Sentinel-packed city to meet up with Kitty. Not long after, you’ll gain Kitty as a playable character, and from here, you can switch out X-Men at your leisure once you’ve earned their support.

You’ll soon add Colossus to your team, and near the end, the Scarlet Witch joins. Clearing the game will earn you the final playable character, Cyclops. Once unlocked, you can go back to any stage and play as whichever character you want, which opens the path to some secrets you may not have been able to pick up the first time through. The abilities of the characters are represented as well as they can be within the game’s limited scope. Virtually everything centers around combat abilities, so while Kitty can phase as part of a punch, she can’t phase through walls to explore more, as an example. The only real exceptions to this are Wolverine’s healing ability and Scarlet Witch’s flying. Within combat, the movesets of the characters vary a bit more, with Colossus possessing slow, powerful strikes, while Cyclops can take enemies out at a distance using his optic blasts. The characters aim more at faithfulness than balance, so if you want an easy time, just use Wolverine the whole way through. 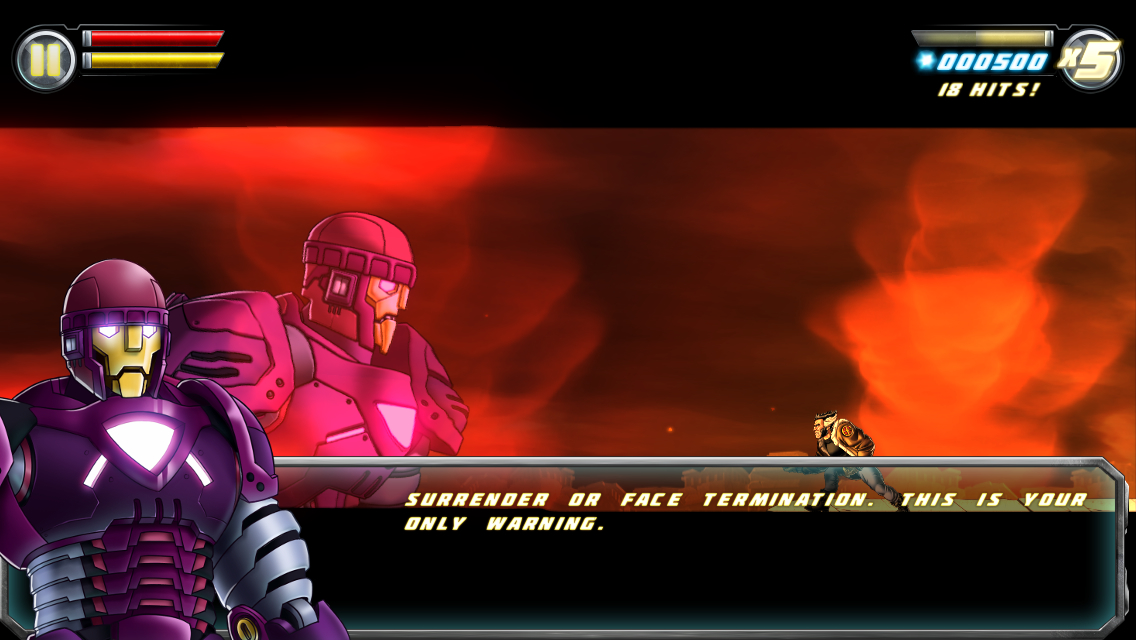 There are over 20 stages in the game, and they’re reasonably lengthy affairs that often scroll in every direction. For the most part, enemies offer very minimal resistance, and while there are pits to fall down and such, the penalty is just having some of your lifebar drained. If you run out of life, you can either pay some experience to continue from a checkpoint or give up and start the stage from scratch. It’s not a very challenging game, though getting three stars on every stage will probably take a bit of effort. The levels are peppered with containers containing experience points, but they tend to only appear when you get near to them, so you’ll want to jump around every inch of the level to make sure you don’t miss any. Most of the secrets are hidden behind false walls, with a few requiring you to smash down the door, so you’ll want to push against and punch every wall while you’re at it.

There are a couple of different options for controls, though there’s no controller support at the moment. I believe the developer is looking at adding it. One set of controls echoes the iffy swipe and gesture-based controls of He-Man, while the other goes for virtual buttons, with special attacks being performed by swiping across the attack button in different directions. The controls themselves are fine, but the movement of the characters is really slow and floaty. Jumping feels especially awkward, though the lack of any difficult platforming sequences, along with double-jumps for all, mitigates the potential sting. If I had to compare it to anything, I would say it’s a lot like the jumping in Sony’s LittleBigPlanet.

Combined with the sometimes-stiff animations, the plodding walking speed and floaty jumping of the characters results in something that just feels off. Being the slow guy, this hits Colossus worse than the others, and as a result, I really couldn’t stand using him. While you’re fighting, things feel a lot better, but the fights end quickly, sending you right back to controlling a mutant cow navigating through a caramel river. The animation is kind of a bummer because the game looks excellent in stills. When it’s moving, everyone has that paper puppet look where you can practically see the exact swivel point each limb is attached to. In contrast, the backgrounds and environmental effects look great. There’s a lot of unique scenery spread throughout the game, making for a nice, interesting romp.

Days Of Future Past is a decent action game. If you’re an X-Men fan, you’ll probably really enjoy yourself. The jumping isn’t that hot, everything is just a bit slower than it should be, and for a game with an emphasis on combat, nothing, not even the bosses, really puts up much of a fight. On the other hand, it’s quite rich in content, IAP-free, and you can fight dinosaurs using Future Wolverine. For a few bucks, it’s definitely worth it for fans of the characters, but if you’re not a fan, you might want to pass unless you’re really jonesing for another side-scrolling action game or you want to reward the developer for their pay model.