Phoenix Online Studios’ latest game release Lost Civilization ($4.99) follows a slightly nonsensical story through the beautiful city of Prague to the darkest corners of Mayan civilization. Combining both adventure gaming elements and simple logic puzzles with hidden object scenes, it falls under the interesting “adventure-lite” genre, one that I don’t believe I’ve had the honor of exploring properly before.

You play as Sarah, a graduate archaeologist student who is on the hunt for a mysterious gateway to an undiscovered land. She follows hot on the heels of her boyfriend, Michael, who has sadly been kidnapped by some strange mystery criminal types, clearly with their own agenda for the archaeological find. Along the way you will find yourself tapping around numerous environments, solving bizarre but simple puzzles and coming into contact with various strange characters. The game is fairly casual, and its handy hint system means that there’s really no chance of getting stuck no matter the mode you initially choose. Disappointingly, it also means that there’s not really much here for adventure puzzlers to get truly stuck into, as each of the puzzles seem quite disjointed and fail to really make much sense. 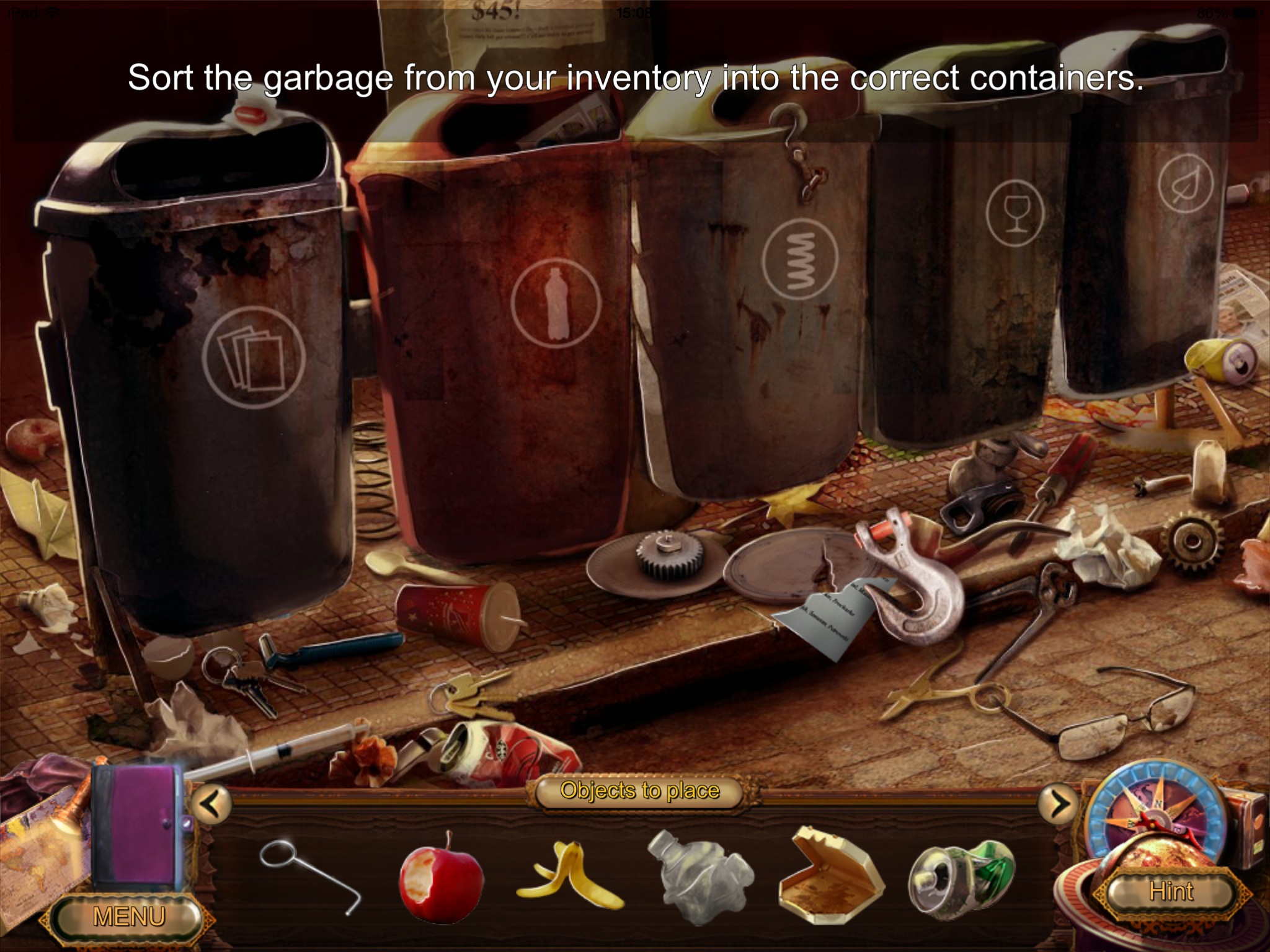 What’s true is that unusual puzzles of this nature have been around since the dawn of time, and casual gamers will enjoy it just for what it is – a simple natured puzzle game with a fairly “average” storyline. There’s always fun to be had though, whether it’s scaring pigeons with firecrackers or breaking and entering by distracting a guard. There’s no reason to sit around in confusion here, everything is fairly obviously marked out or hinted at, and the game itself will only set you back a few hours.

Perfectly suited for fans of hidden object games, Lost Civilization manages to keep things fresh by employing a new mechanic of searching through the “useless crap.” Every so often, you’ll be tasked with matching two items together and be prompted to search the environment from top to bottom in order to get to the bottom of a puzzle and retrieve a “useful” item in turn. It makes no sense, sure, but it certainly is a breath of fresh air compared to the usual scramble for missing items. As someone who doesn’t usually enjoy hidden object games, it definitely added something different to the mix.

Where Lost Civilization earns major points is its top-notch quality graphics and beautiful painted environments. Every scene is greatly detailed and colored to a remarkable degree, enough to make you realise just how much effort has gone into the artwork of the game. There’s also the occasional voice acting, however, it’s far too sporadic to warrant an opinion.

All in all, Lost Civilization is a fairly gentle gaming experience, perhaps aimed at the majority of families or the younger generation of gamers. We don’t post many of these hidden object games around here, but Lost Civilization seems to be a cut above the rest.