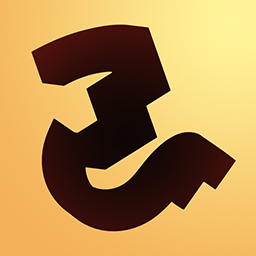 Back in December we posted the trailer for an interesting looking puzzle game called Shadowmatic from Triada Studio Games. The idea is that you are manipulating an abstract object or objects that are suspended in the air where a light source is casting a shadow of them on the wall. You need to spin and turn the object until the shadow creates a silhouette of a particular thing, like an animal or recognizable item. Ok, so it’s not so easy to explain, but you’ll get it if you check out the trailer.

Well, since that original unveiling of Shadowmatic, Triada has heard a lot of concerns that the game might be too hard. I can see why, as there’s a near infinite amount of ways the objects can cast shadows on the wall. So if you don’t have an idea of what the silhouette is you’re trying to create, it can be a bit like flying blind. Well, Triada has taken that feedback into account and created a new hint system.

The hint system is pretty straightforward. There are four total hints, with the first two just being vague clues alluding to what the object is that you’re trying to create in shadow form. The third hint is simply the title of the level, which would be a pretty direct clue as to what the object is you’re creating. Finally, the fourth clue just flat out shows you what the silhouette looks like, and then you simply recreate it yourself to match. The various levels of hints take “Hint Points" to unlock, and you’re granted a few dozen of these initially and can earn more through completing levels, receive them as daily rewards, and buy more through IAP.

Triada wants to stress that the hint system is never necessary to complete a puzzle, and in fact should be used sparingly as that challenge and discovery is a major part of the game. But, it’s nice to know a hint system exists for those times when you might be completely stuck. Shadowmatic is still in development but should be coming soon, so we’ll let you know once a release date is announced.