The other day, one of the fine members of our forums here at TouchArcade pointed out to me that we hadn’t reviewed Blek ($4.99) yet and was wondering what was up with that. Yes, what is up with that? So, with all due apologies that this review is a bit late, I decided to give this game a spin and see if words would come out, and wouldn’t you know it, they did. Anyway, there are lots of different ways for a puzzle game to succeed, but for me, the most interesting ones are the games that cause me to think in ways I usually don’t. I like games like that because you can clearly feel your skills developing. You start off not really knowing what you’re doing and just kind of blindly stabbing around in the dark, then you hit that moment where things click, and from there, you’re off to the races. It’s a euphoric feeling, and it’s one that Blek captures quite well.

In the beginning, Blek doesn’t give you much to go on. All the explicit instructions the game ever gives you is a simple little arrow with a swiping animation in the first stage. Touching the screen creates a little line that takes on a life of its own, moving in whatever ways you drew it. If you followed the instructions, your line will take off towards a colored circle causing it to disappear when the line touches it, and the stage is cleared. If you’re a rebel, or you have a shakey finger, your line might not hit that colored circle. Perhaps it went off the top or bottom of the screen and is lost. It may have hit that giant black circle on the left and disappeared. Maybe it bounced off the wall behind the circle, leading to one of the previously-mentioned possibilities. No matter what happens, you’ve learned something about how this strange little game works. 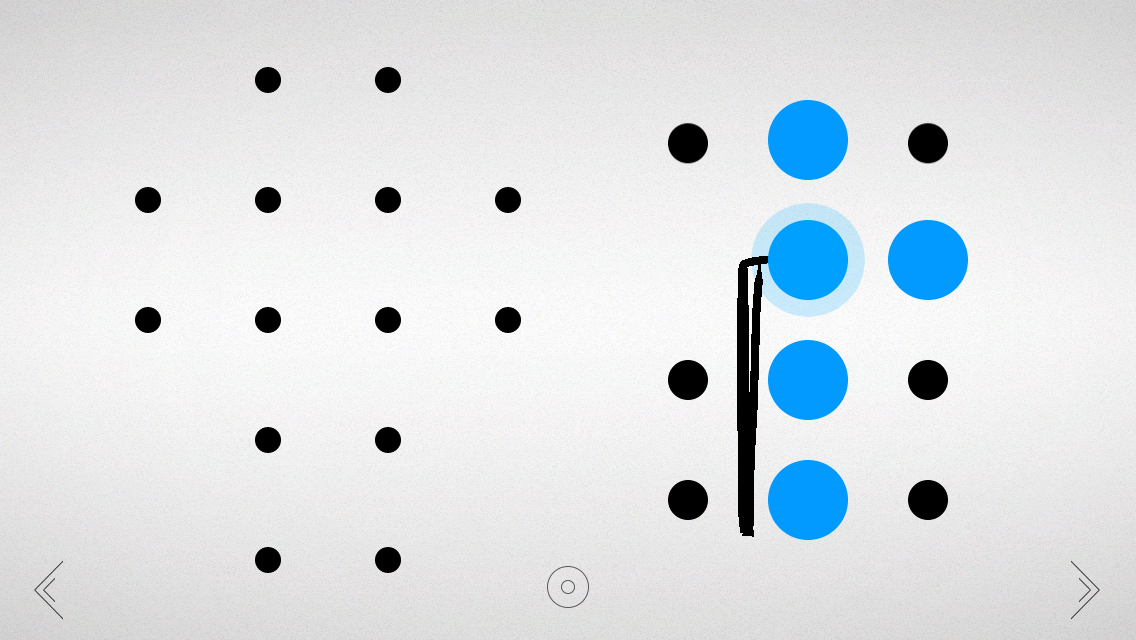 So that’s how it starts, and for the next few stages, it’s not much more complicated than that. Circles are lined up, you fling a line at them like an arrow, and as long as your aim is true, you’ll be on to the next stage in no time. Things soon start to get more difficult, though. There are more black holes placed around the screen, or the circles are put in unusual patterns, and suddenly, your simple little lines and arcs aren’t doing the job. Perhaps in frustration, you make a scribble on the screen, and watching it move, you realize that this unassuming little game is a whole lot deeper than you thought. You start drawing complex patterns or doubling back on your lines, watching with glee as you clear previously impassable stages. The really cool thing is that the way you get past a level is up to you. The game gives no restrictions except that you have to clear all of the colored circles with one drawn line.

It sounds simple, and like any great puzzle game, it’s very simple to play. Don’t be fooled by the relatively easy-going nature of the early stages, however. There are 60 stages in the game, and by the time you get into the 20s, things get a bit tricky. Soon, you’ll not only have to understand the general pattern of the line you need to draw, you’ll also need to draw it very accurately and carefully. If the game breaks down a little anywhere, it’s here. Depending on the size of your finger and how well you can draw a precise line with it, you might have some issues getting the line you intended. In earlier levels, it’s not as big of a problem, since know what to draw takes precedence over drawing it perfectly. Later on, the margin of error is a lot thinner, so you’ll probably end up making unintended mistakes a bit more often. It’s not a big problem at all, since you can reset the stage simply by touching the screen to draw another line again, but I can easily see some people getting pretty frustrated, especially since you can’t proceed to the next stage until you’ve cleared the current one. 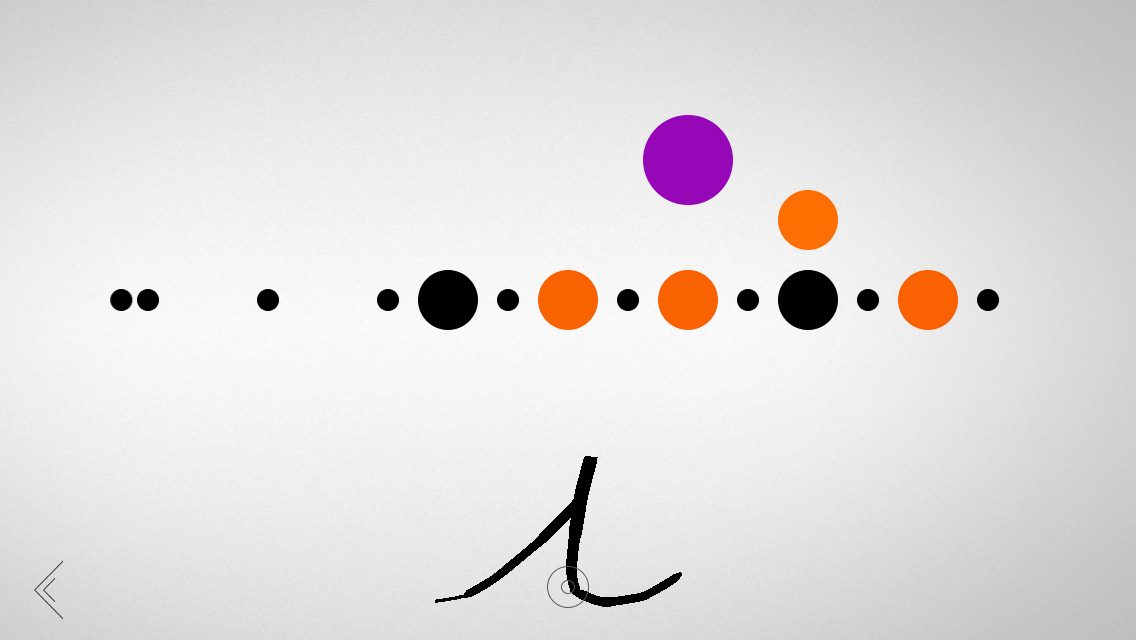 That simple approach to gameplay is reflected in the rest of the game’s design. The game uses basic, flat colors for everything, with plain white backgrounds. There isn’t any music, and very few sound effects, with the most interesting ones reserved for when your line hits a black hole. Opening the game puts you immediately back in the last level you were playing. There are no options to choose from and no pause button. The only things you can do, apart from drawing a line, are to bring up the Game Center achievements or cycle through the stages you’ve unlocked by using three inobtrusive virtual buttons at the bottom of the screen. The subdued nature of the presentation fits the game, though. You’re going to be banging your head against some of these stages for a while, so keeping distractions or potential annoyances to a minimum is a good thing, in my books.

If you’re looking for something a little quirky or you enjoy a good puzzle game, you should definitely give Blek a try. It seems to have caught a serious gust of popularity in the App Store, and it’s easy to see why. Everyone likes to doodle, and Blek does a great job of guiding you from being a basic player to an advanced one through its stage progression. It’s quite difficult, but that just makes it all the more satisfying when you finally clear a tough stage you’ve been stuck on for a while. All in all, it’s a pretty cool and unusual puzzle game, and who doesn’t have room in their life for more of those?