As was announced back in February, Zen Studios have been working on a free to play version of their castle defense game CastleStorm for mobile devices, and today they’ve announced it’s on track for release this week on May 8th. CastleStorm was originally released on PC and major consoles last year to a largely positive reception, though that was as a paid title. Being that mobile is a very different market and free to play is the dominant model nowadays, Zen sought to convert the CastleStorm experience to a free to play one. They didn’t want to do it in a ham-fisted way though, so they’ve actually been running an open beta on Android since last February in order to gain feedback and make the necessary tweaks so that CastleStorm fit the free to play model in an elegant way. 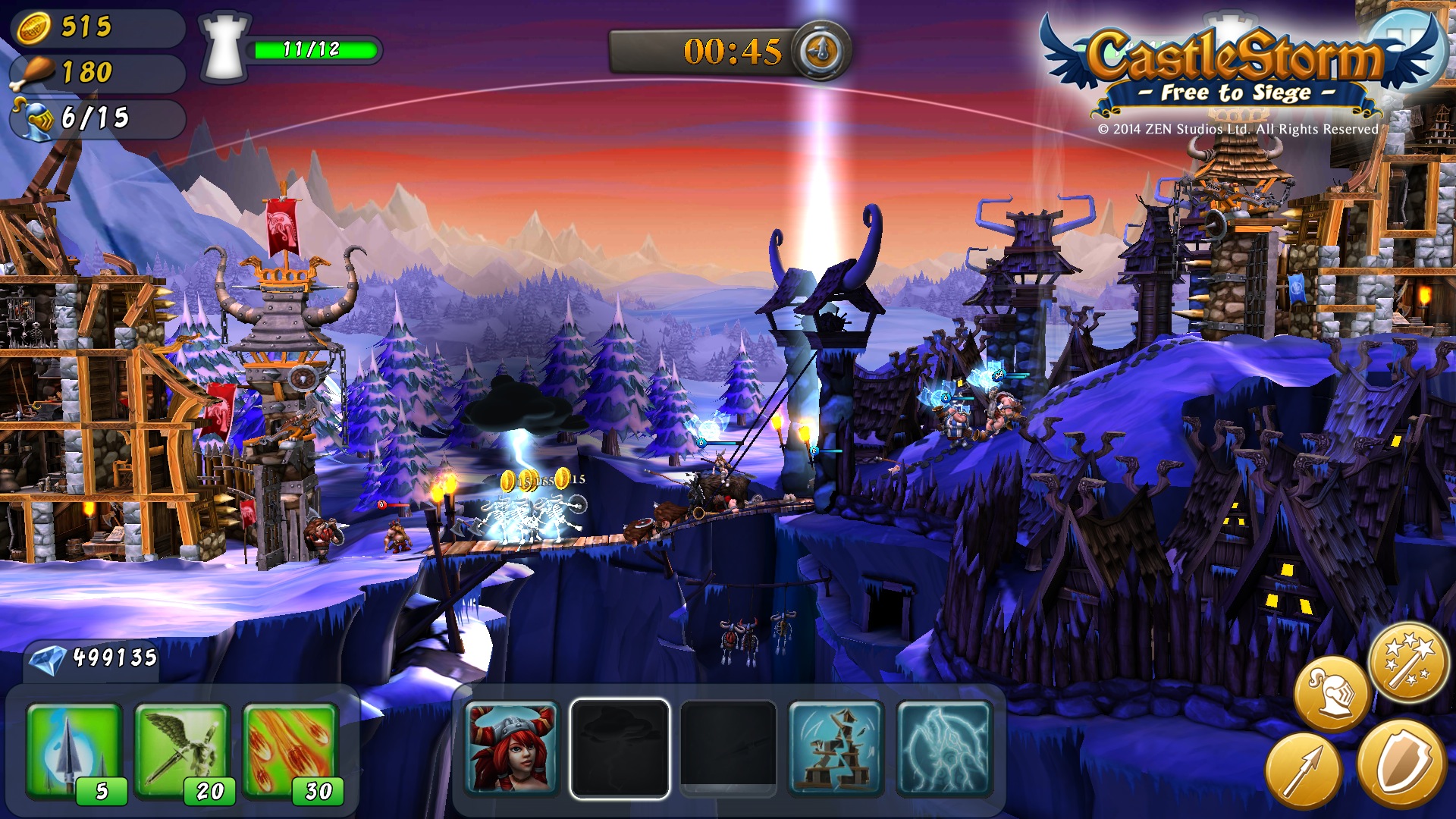 According to Zen Studios, the Android beta was invaluable, with more than six thousand participants who provided feedback that impacted many aspects of the game including the in-game economy and direct gameplay elements. I wasn’t part of the Android beta, nor have I played CastleStorm on any other platforms, so I’m eager to see just how well this free to play version turned out. I’m hoping for the best, because it seems like a really cool game. We won’t have long to wait to find out though with CastleStorm – Free to Siege launching this Thursday, or technically late Wednesday night here in the US.