There was one release this week that seemingly came out of nowhere, and it’s also an unexpected twist on a classic game franchise. SNK Playmore have released Metal Slug Defense (Free), and it’s pretty much exactly what you’d think from the title: a defense game set in the Metal Slug world. The crazy thing is that this formula actually works incredibly well. The fantastic pixel art and animations that are a hallmark of the Metal Slug games are used to create a pretty traditional albeit fun strategy defense game. The way it works is standard. You have AP points which are constantly filling up during a mission, and are used to deploy various troop units into the field. Those troops will engage with the enemy troops they come into contact with and battle it out. The ultimate goal is to make it over to your opponent’s base and destroy it, before they have the chance to do the same to you.

Metal Slug Defense is a free to play game, and so far it seems to be a pretty fair one. There are two currencies, golden tickets and medals. The golden tickets are earned pretty liberally by playing the single-player campaign and are used to upgrade your units and base. The medals are the premium currency which are sold as IAP and are used to unlock new items and unit types. It may be possible that you earn medals during normal play too, though so far I haven’t got any, but you can at least unlock many of those additional units through just playing. There’s also a timer sort of system, where it costs you a certain amount of energy to do a mission. In the early goings it isn’t an issue, but I’d imagine in the later game it may pop up. 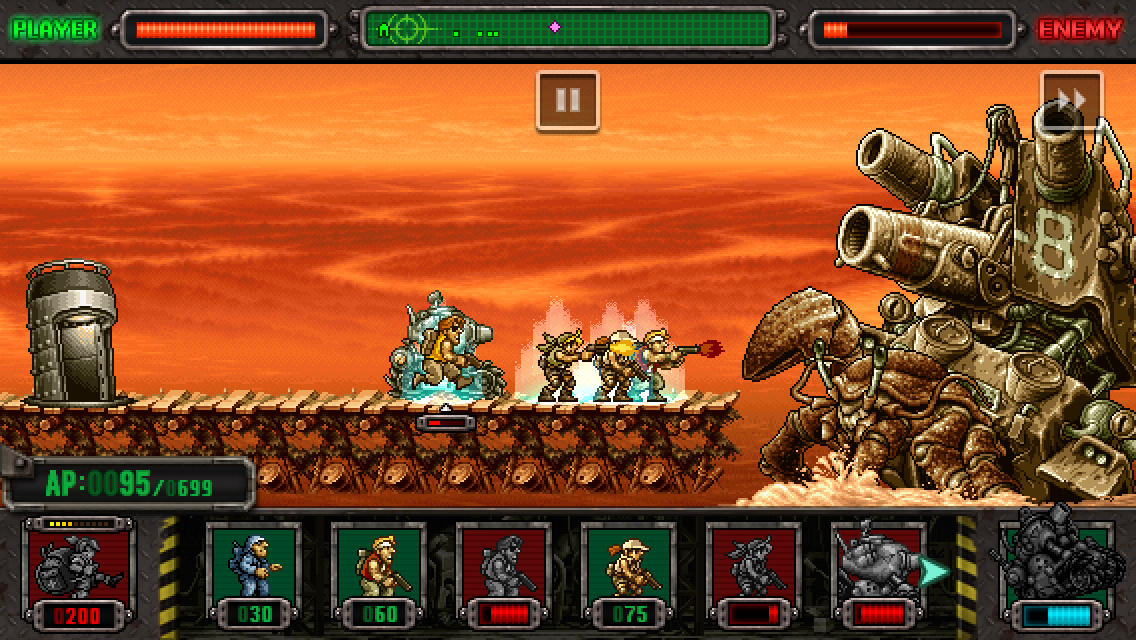 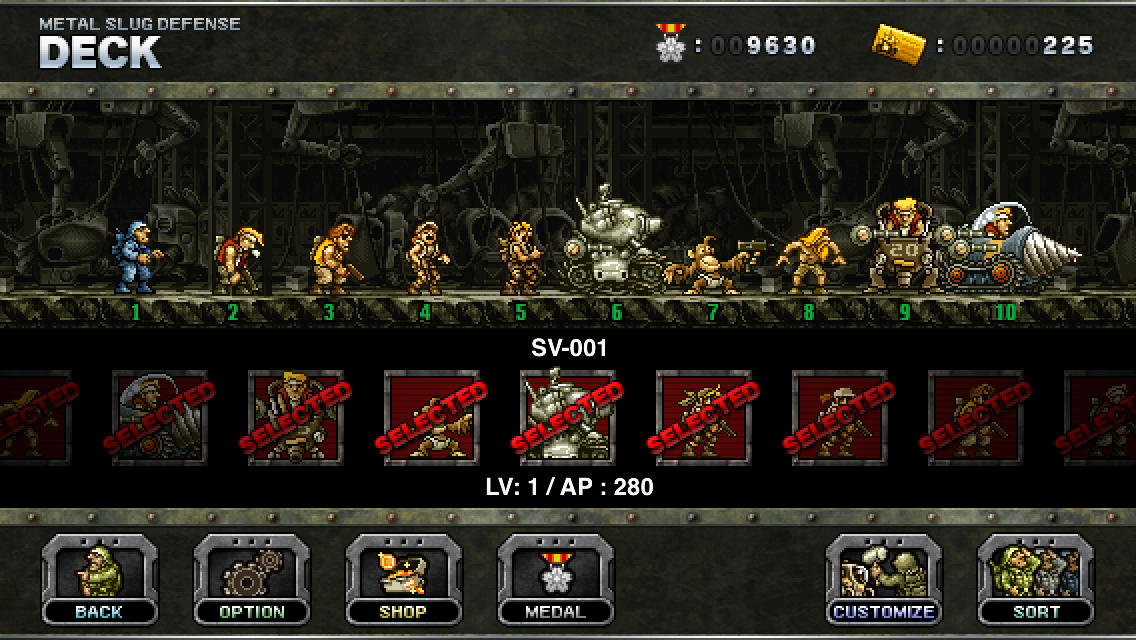 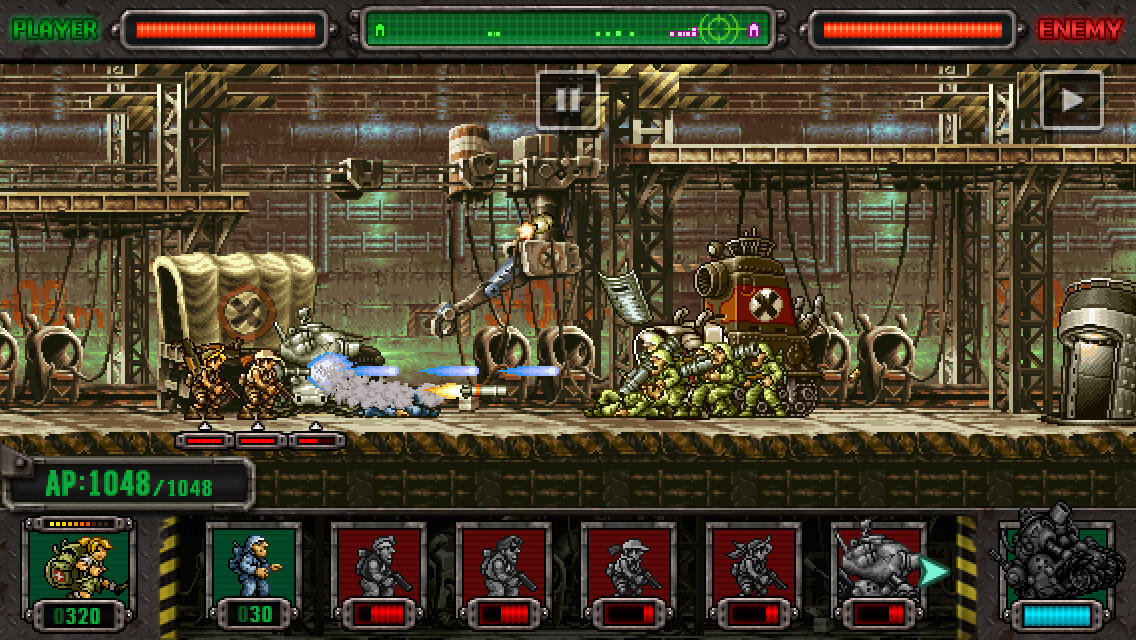 At any rate, the core idea and execution of Metal Slug as a defense game is right on the money. I’ll happily continue playing to see if the free to play elements intrude on my enjoyment or not. If you’re a Metal Slug fan and want to check out this unique take on the series, definitely give the free download of Metal Slug Defense a shot, and let us know what you think about it in our forums.