Just under a year ago, Aspyr Media made the dreams of many come true by bringing the classic Bioware RPG Star Wars: Knights of the Old Republic ($9.99) to the iPad. We thought it was a stellar port, and pretty much a must-own for anyone with an iPad. However, the release did leave iPhone and iPod touch gamers out in the cold, but Aspyr fixed this last December when they updated the game to be Universal. Since its release on iOS, Knights of the Old Republic has seen quite a few sales, but none as drastic as the one currently taking place. In celebration of May the 4th (as in “May the 4th Be With You") the game has been put on sale for just $3.99 down from its regular price of $9.99. 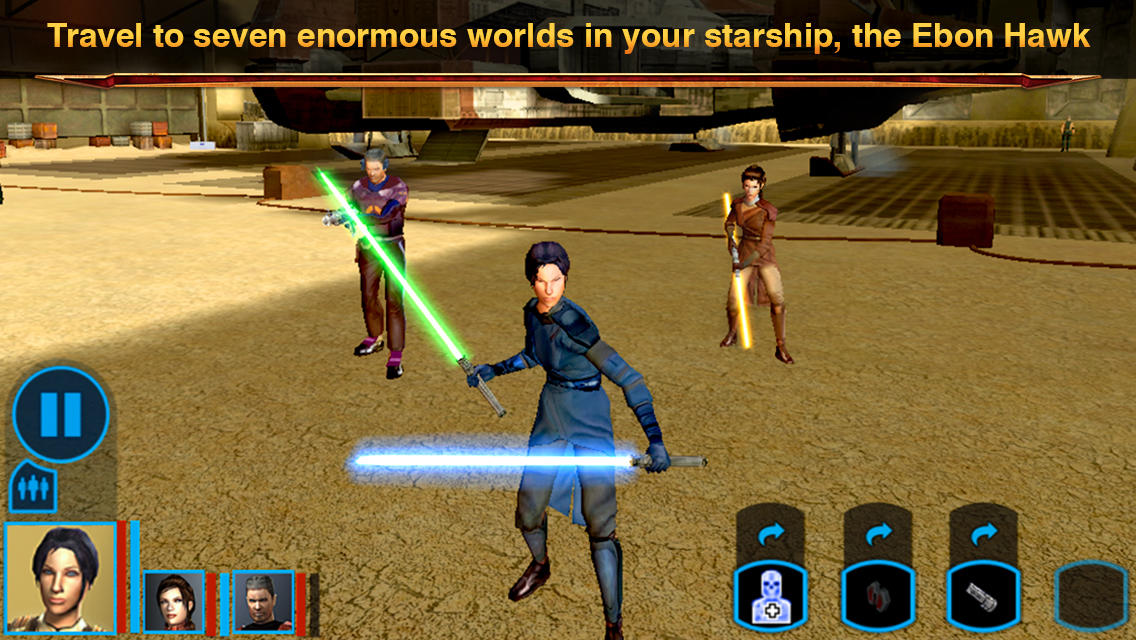 Needless to say, if you’re a fan of Star Wars and/or deep RPGs and for whatever reason haven’t yet picked up Knights of the Old Republic, now is the time to do so. While it definitely feels dated–it was released more than a decade ago after all–KOTOR is one of the deepest RPGs you can get on iOS, and easily felt worth its original ten dollar asking price. Four bucks for this gem is quite simply insane. It appears this sale will be running at least through this Sunday, May 4th, so if you’re interested then you better jump all over Star Wars: Knights of the Old Republic before the sale ends.